Spider-Man: Homecoming Sequel Title Revealed to be "Far From Home" 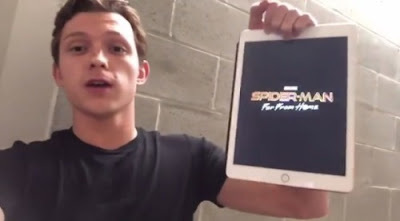 One of Marvel's more interesting upcoming films is the Spider-Man: Homecoming sequel, which is dated for next summer, coming out just a couple of months after Avengers 4. Considering the events of Avengers: Infinity War, where director Jon Watts will take the sequel is an interesting question to ponder. We recently learned that Jake Gyllenhaal is in final negotiations to play the villain Mysterio, which you can read about here. We also heard that Michael Keaton will be reprising his role from the first film as the Vulture, which you can read the full details on here. Narratively, it seems like the sequel is really starting to shape up, and whatever questions regarding Spider-Man's fate will certainly be answered in Avengers 4. One piece of information that has always stuck with me was something Kevin Feige said a long time ago, that the Homecoming sequel would take place just minutes after the end of Avengers 4. This means that not only will the sequel be dealing with the repercussions of Avengers 4, but the events of Avengers 4 will also have a major impact on the Spider-Man character. And with that in mind, the new title for the sequel seems to make a lot of sense. Tom Holland has revealed the official title for the film, announcing it to be Spider-Man: Far From Home.

When I first heard the Spider-Man: Homecoming title, I hated it. However, over time, I came to like it. After seeing the movie, the title certainly fit with the story. Right from the get-go, I really like the title Far From Home. I don't need an adjustment period like I did with Homecoming. It innately fits well with the Spider-Man character. He has always been a "friendly neighborhood" Spider-Man, and he is out of his element when he isn't in Queens or in New York. We saw that with him predominately being on Titan in Infinity War. So to see Spider-Man out of his comfort zone will be interesting for the character. We have heard rumors that Spider-Man will be traveling the globe in the sequel, so the title certainly fits with that notion. Similar to how the Homecoming title had other meanings than just the literal one, I don't think Far From Home refers just to Spider-Man not being in Queens. I think the events of Infinity War and Avengers 4 will have changed Spider-Man drastically, and he will be a different character when we catch up with him in the sequel. I think we will see a far more matured and seasoned Spider-Man come Far From Home. He will have undergone trials and hardships unlike anything he has dealt with before, and it will change him. Similar to how Tony Stark grappled with the events of The Avengers in Iron Man 3, Spider-Man will struggle with who he is now in Far From Home, and it seems like the title will perfectly encompass the story Jon Watts will be telling. 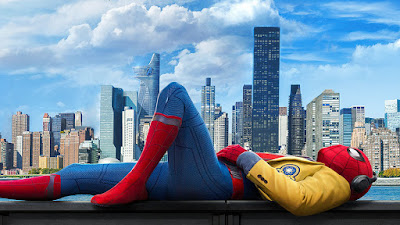 What do you think? Do you like the title Spider-Man: Far From Home? Is it a good fit for the sequel? Leave your thoughts in the comments section below.