In Preparation For: The Purge 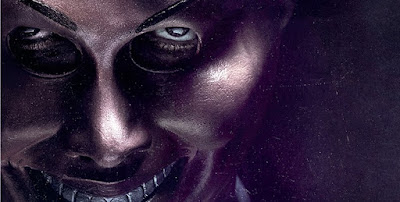 With The First Purge opening in theaters soon, I thought I would go back and watch the first three Purge movies. I had never seen them before, and The First Purge's opening gave me a good excuse to finally check them out. I didn't really have very high expectations going in. I hadn't heard the greatest of things about the series, so I was expecting subpar movies. I've always thought that the premise is fantastic. To be completely honest, it doesn't seem like our actual society is very far from enacting something like the Purge, so there is an extra level of scariness accompanying the premise. So, the idea for these movies really resonates with me, and I think there is an incredible amount of potential for some really awesome films. But the impression I've always gotten is that the Purge movies have never really lived up to that potential. I guess I'll be the judge of that now, as I go back and watch all three Purge movies before I see The First Purge. This review for 2013's The Purge will be filled with spoilers, so if you haven't seen the movie yet, check it out before you read this review. 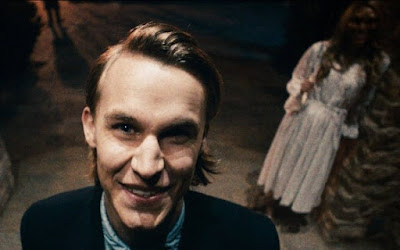 Something that immediately stands out to me about The Purge is the time it takes to set up its story in the beginning. A major criticism I have of most horror movies that come out nowadays is that they feel as if they need to continuously barrage you with jump scares and moments of horror because they are afraid that, if they don't deliver on scares every other minute, the audience is going to get up and leave the theater. In actuality, the best thing a horror movie can do is take its time to develop its characters and establish a compelling story so that, when the horror does go down, you care about what is going on. I'm not saying The Purge does it perfectly, but it takes its time in the beginning. I actually care about this family. They don't have an incredible amount of depth to them, but they surpassed simply being one-note characters. I wasn't just waiting for the family to die, rooting for the bad guys; I was rooting for the family, and that means that director James DeMonaco did his job. Could the main characters have been a little more fleshed out? Sure, they could have. But there is enough there for me to be invested in them. And it helps that you have strong actors like Ethan Hawke and Lena Headey in the leading roles. They take what is given to them and they elevate it, which helps in me getting behind them and ultimately rooting for them. I am always trepidatious when there are child actors in a movie--especially a horror movie--but I was impressed by Adelaide Kane and Max Burkholder. Burkholder's character is a complete fucking idiot for letting Edwin Hodge into the house, but they gave solid performances and never detracted from the film, which is more than I can say about most child actors. 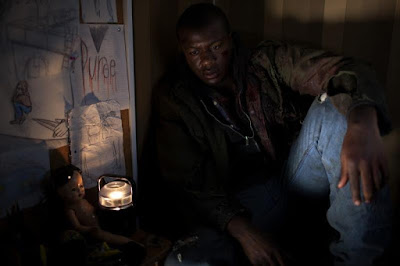 Part of what makes the premise so interesting is the sociopolitical element to it. The idea of the Purge actually existing in our society, and all the different philosophies and political debates surrounding it fascinates me, and The Purge handles this in a subtle way. It addresses it in the beginning briefly, but it doesn't bog the film down with it. It does enough to get you thinking, without making the entire movie a CNN debate. The fact that the whole movie takes place within the one house also really works for me. I really like movies where characters are stuck in a small, contained space and are trying to keep others out. The claustrophobic element of it hits me the right way. The Purge loses some of that, what with the house being as big as it is and all, but it still feels invasive and uncomfortable, which is exactly how this movie should feel. Now, this movie isn't perfect. I found the villains to be rather one-note themselves. Yes, I get that they just want to fulfill their American duty and purge, but there could have been a little bit more there as to why they are doing this. It does tie into the idea of a brainwashed society, but the film could have benefited from a tad bit more depth with its antagonists. That goes for not just the people who wanted Edwin Hodge's character, but the neighbors at the end as well. The movie also has some pacing issues, especially in the middle, and could have been tightened up a little bit to make it truly razor sharp. 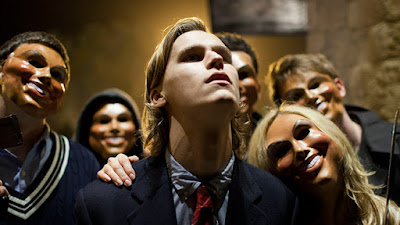 Overall, The Purge is a lot better than I was expecting it to be. It sets up its story and its characters nicely, not falling into the trap many modern day horror movies get stuck in. The film does certainly benefit from having Ethan Hawke and Lena Headey as its leads. Max Burkholder and Adelaide Kane, while not perfect, never detract from the movie, and they are pivotal in helping sell this family. I was rooting for the family the entire time, which is hard to pull off. It would have been easy for me to hate the family and just root for the bad guys to kill them all. But because of the initial set-up work, and the strength of the performances, that never happened. The premise really stands out, and a lot of what happens in the beginning works to highlight the strength of this idea. This film establishes a creepy and tense atmosphere rather than just delivering on scares, and it really benefits from it. There could have been a little bit more depth to the antagonists, rather than them just wanting to purge for the sake of purging. And the pacing could have been tightened up a bit. But in the end, The Purge really impressed me. James DeMonaco made an effective close-quarters horror film that is genuinely creepy. After seeing this one, I'm really anxious now to check out The Purge: Anarchy and The Purge: Election Year, before going to see The First Purge in theaters, of course. 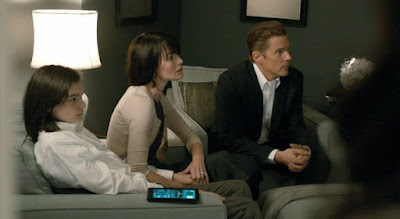 What do you think? Have you seen The Purge? Are you planning on seeing The First Purge? Leave your thoughts in the comments section below.

Written by: Nathanael Molnár
Email us your movie questions at: themovieparadise999@gmail.com
Like us on Facebook, and Follow us on Twitter and Instagram @movieparadise99
adelaide kane blumhouse edwin hodge ethan hawke in preparation for ipfpurge james demonaco lena headey max burkholder nate spoiler filled review the first purge the purge