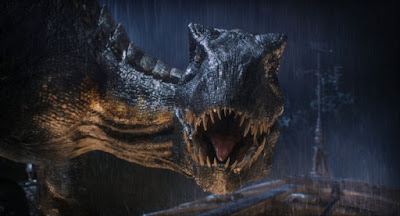 Jurassic World blew away everyone's expectations when it broke the (then) record for the biggest opening weekend at the box office, raking in $208 million dollars domestically. It went on to make $1.6 billion dollars worldwide, and currently sits as the fifth highest grossing film of all time. So when Jurassic World: Fallen Kingdom was set to come out, we all knew that, even though it wouldn't be as big as the first one, it was still going to be a massive movie. It opened to $150 million, which may seem like a big dive from the first film, but it is still a considerable amount of money considering it was coming off the $180 million debut of Incredibles 2 the previous weekend. I really like Jurassic World: Fallen Kingdom. If you don't like the direction of these new movies, you probably won't enjoy this one. But I'm a fan of these films, and I think Fallen Kingdom is a nice addition to the franchise. You can read our full, spoiler-free review here. And now comes the news that Jurassic World: Fallen Kingdom has crossed $1 billion dollars worldwide, making it the third 2018 movie to do so, joining Black Panther and Avengers: Infinity War, the latter of which also joined the two billion dollar club.

This isn't too much of a surprise. When early projections were saying that Fallen Kingdom would only take in about $120 million dollars in its opening weekend, I had my doubts if it could actually cross a billion. But after its $150 million dollar debut, and the major success it's had overseas, this doesn't surprise me. When it's all set and done, I think Fallen Kingdom will have made roughly $1.2-1.3 billion, which is a great number for Universal. It's a drop from the first one, but considering the original over performed as much as it did, these numbers show that people are still really interested in these movies and want to see more of them. Looking ahead, what other 2018 movies can also join the billion dollar club? Incredibles 2 has slowly but surely been climbing up the ranks. I don't think it will cross a billion, but it's not entirely out of the question. It's something we'll have to keep our eyes on. Outside of that, I don't think anything else really has a chance. Some of the other big blockbusters coming up like Mission: Impossible- Fallout, Venom, Aquaman, Bumblebee, don't have enough momentum to do it. There's always a chance that one of these movies will be electric at the box office and will cause people to go out in droves to see it, but the likelihood of that happening is incredibly slim. The one I think has the strongest chance to do that is Bumblebee. We know that Transformers movies can be giant, billion dollar movies, but people have lost interest in them since Michael Bay has run the franchise into the ground. If Bumblebee is a breath of fresh air for the series, there is a possibility that it could get everyone into the theaters and become a giant success. However, even if that were to happen, I really don't see it crossing a billion dollars. But, you never know. 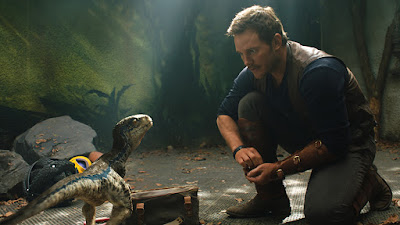 What do you think? Are you surprised Jurassic World: Fallen Kingdom has crossed $1 billion dollars worldwide? Do you think there are any other 2018 films that can also join the billion dollar club? Leave your thoughts in the comments section below.