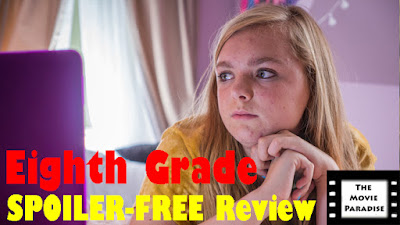 For most people, eighth grade and, in turn, all of middle school, is one of the worst periods of time in a person's life. So naturally, writer/director Bo Burnham thought it would be a perfect subject to base a movie around! When I first heard of Eighth Grade, I was intrigued by the premise. Usually when we see movies about kids trying to grapple with who they are and dealing with societal pressures, the films are centered around high school. But middle school is actually worse than high school, and we don't see too many movies accurately capturing the middle school experience. So I went into Eighth Grade really interested to see what Burnham would give us. I didn't see the trailer beforehand and I didn't know anything about the plot; I only knew it focused on a girl named Kayla (Elsie Fisher, Despicable Me) who was in her final days middle school. And Burnham gives us a startlingly realistic and honest look at what middle school is like. It is accurate to a T, from the internal sexual questioning of the main character to the cringe-worthy conversations she has with everyone around her. 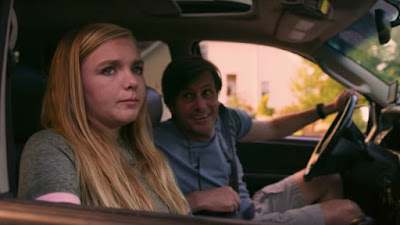 "Always make the audience suffer as much as possible," was famously said by Alfred Hitchcock, though Bo Burnham absolutely adopts that philosophy with Eighth Grade. However, the means by which Burnham makes the audience suffer is completely different than what Hitchcock originally meant when he first said that quote. Watching Eighth Grade is a cringe-inducing experience, though not because the movie itself is cringe-worthy. Every single conversation Kayla has with someone, every single decision she makes, make you twist and turn in your seat. I looked over to my friend watching the film with me and he was in knots. He turned to me and said that he didn't think he could take much more of it. This painful experience comes from the film's brutal honesty. Every conversation Kayla has makes us cringe because they are conversations that we had when we were in middle school. Every decision Kayla makes makes us cringe because they are decisions we made when we were in middle school. That is why it is so hard to watch, because we see ourselves in her character. Watching Eighth Grade brought back a flood of memories of things I didn't necessarily want to remember, and some may see that as a fault of the film, which I find to be missing the point. Not all movies are meant to make us feel warm and fuzzy inside, or leave us cinematically pleased. Some movies are merely supposed to be honest reflections of our world--our past, our present, our future. And those films are some of the most important movies that are made. That's not to say that Eighth Grade isn't entertaining; Bo Burnham throws in plenty of great comedic lines and witty edits to keep us engaged. But this movie isn't some schlocky comedy. Its deeper meaning is its realism, and what that says about us individually and our own past experiences. 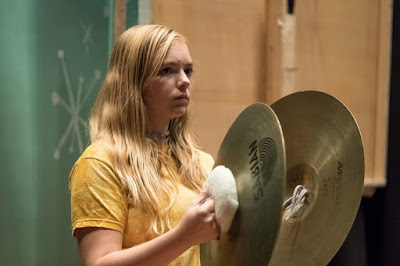 Elsie Fisher gives a great performance as the film's lead. At first, I was afraid that I wouldn't be able to sympathize for or care about her at all because of how cold and rude she was acting towards other characters, but then I came to understand the depth of her character. That coldness and rudeness is a defense to hide her loneliness and lack of self confidence, and understanding that puts--specifically how she treats her father (Josh Hamilton)--into perspective. Speaking of Hamilton, he is one of the highlights of the film. He perfectly plays the dorky, goofy dad who is only concerned about his daughter, and he adds a lot of life and energy to the movie. I really like the introduction of Emily Robinson's character in this film. I thought it was going to go a certain way, and it doesn't. It isn't predictable, which I really appreciated. However, her character's role in the story leads to one of the darkest moments in the movie, and you'll know it when you see it. You could hear a pin drop in the theater during this scene, and Burnham does a phenomenal job in pacing the scene as to build the perfect amount of suspense. My heart was racing through it, and it's the scene I know most people who have seen the film are talking about. Overall, Eighth Grade is a brutally honest, cringe-inducing film that explores a period of time in everyone's lives that isn't addressed that much on screen. The performances are excellent, and, while there are some great laughs, there are also some incredibly dark moments. This is a fantastic directorial debut for Bo Burnham, and I'm really interested to see what he does next in light of this film's success across the board. 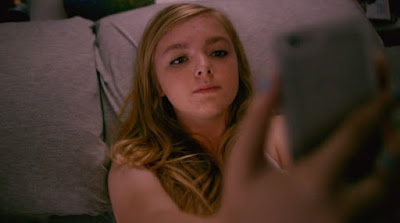 What do you think? Have you seen Eighth Grade? If not, are you planning on seeing it? Leave your (spoiler-free) thoughts in the comments section below.