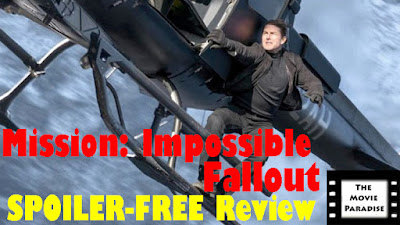 Christopher McQuarrie's mission, should he chose to accept it, is to make the sixth installment in a 22 year old movie franchise feel exciting and fresh, and he pulls it off in spades. I've been looking forward to Mission: Impossible - Fallout, though it never topped my list as one of my most anticipated films of the year. I was mainly looking forward to it because I've enjoyed the past two installments, Mission: Impossible - Ghost Protocol and Mission: Impossible - Rogue Nation, the latter of which Christopher McQuarrie also directed. He is the first director to helm more than one film in the franchise, and after seeing the great job he did with Rogue Nation, I was very curious to see what he would do with Fallout. I never imagined I would like Fallout as much as I did. Somehow, McQuarrie found a way to make the sixth installment be the franchise's best. The stunts Tom Cruise and team pull off are mind boggling. The action sequences are some of the most intense ones I have ever seen, and this is the best action film I have seen in theaters since Mad Max: Fury Road. Mission: Impossible - Fallout is truly fantastic. 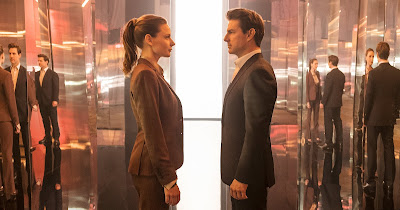 How is it that the stuff they do in Fallout is so incredible? It's because they're doing this shit for real. When you look at what they're actually doing in this movie--riding motorcycles against traffic, helicopter chases--it's all stuff we've seen before in other movies, or we have seen crazier things done in the past. This is a day and age where we can see life-like dinosaurs on screen or aliens decimate a city. Comparative to some of the things we have seen in movies before, what is actually depicted in Fallout isn't that extraordinary. So why is it that the sequences in Fallout are a billion times more effective than what happens in these other movies? It's because it feels real. When you see Ethan Hunt riding his motorcycle against traffic, that's not a stunt double or Tom Cruise against a green screen. That is really Tom Cruise riding a real motorcycle against real traffic. When you see Ethan Hunt and August Walker flying helicopters, those helicopters aren't CGI. Tom Cruise and Henry Cavill are flying real helicopters above a real mountain. Our brains can tell when something is real and when something is fake, and because there is very little CGI involved and the actors are doing this for real, we feel that tangibility inside of us. I was twisting and turning in my seat watching this film. The stakes are increased and the intensity is magnified because we know that this is for real. So while the actual sequences aren't anything we haven't seen before, it's the fact that it's being filmed in camera and done for real that makes them some of the best action sequences I have seen in a long, long time. For a lot of the movie, I was definitely enjoying Fallout, but I still thought Ghost Protocol and Rogue Nation were better. And then the third act hit and Fallout became my favorite film of the series. And when you see the movie for yourself, you'll know exactly why that is. 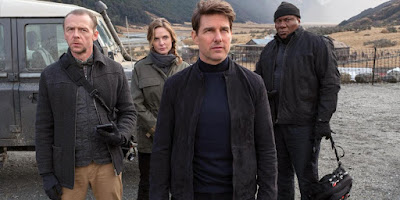 A movie can have the greatest action scenes ever put to screen, but if the story is weak and the characters are pointless then it means nothing. Fallout continues to further evolve its characters. The action works as well as it does because I care about Ethan Hunt. There is this great underlying theme in the film about valuing the one life just as much as the millions and whether that makes you weaker or stronger, and it's fabulous character work for Ethan Hunt. Even with the sixth film, they are still finding ways to make him deeper and more complex, and that's how these movies keep on getting better and better. Because I give a shit about Ethan Hunt, I actually care if he gets out of these missions alive, and that's why I am as invested in the action sequences as I am. My one criticism is that the story is kind of a rehash of what we've seen before. Oh great, another nuclear weapons subplot! The story is just compelling enough to keep you engaged, but I wasn't watching this movie because I was riveted by the story. It's because I want to see if Ethan Hunt and his team are going to be able to pull off the mission. So the story isn't the greatest, but it works just enough to make the movie itself work. Overall, Mission: Impossible - Fallout is my favorite of the franchise. They reach new heights with the stunts and the action sequences, and how they are able to pull it off just astounds me. They find new ways to continue to develop the characters and, while the story is pretty average, it works in service to the characters. Mission: Impossible - Fallout is probably my favorite movie of the summer, and is one of the best films of the year. If you haven't seen it yet, absolutely go check it out! 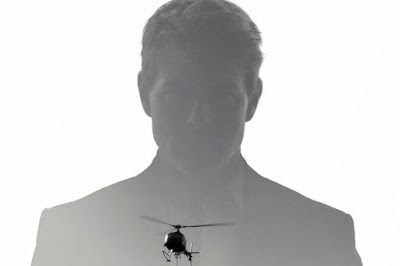 What do you think? Have you seen Mission: Impossible - Fallout? If not, are you planning on seeing it? Leave your (spoiler-free) thoughts in the comments section below.