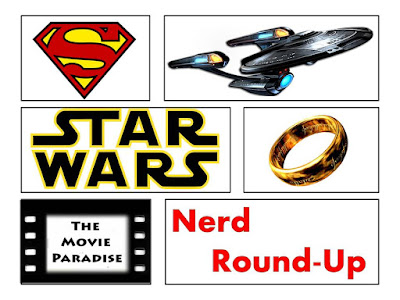 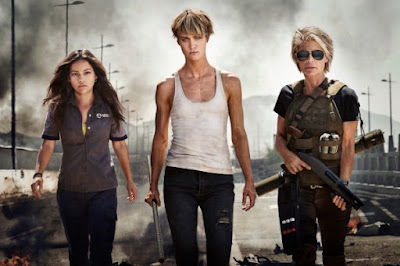 Our first look at Deadpool director Tim Miller's Terminator 6 film has been released, showcasing Natalia Reyes, Mackenzie Davis, and Linda Hamilton. This image doesn't show much other than the main characters, but it is sort of a reaffirmation that this movie is still happening. Linda Hamilton looks absolutely grizzled and gritty as an older Sarah Connor, and it's a great look for her. I'm really excited to see her back in this world. I'm also really looking forward to seeing Mackenzie Davis in the leading role. She has turned in some great supporting work, including Blade Runner 2049 and The Martian, and I am very interested to see how she does with a leading role. Above all else, I'm just glad that we're getting a new Terminator movie that will be a direct sequel to Terminator 2: Judgment Day. The franchise has kind of run its course, but by wiping the slate clean and branching off of the series' most successful (and best) entry, they have a whole array of new narrative options. Tim Miller showed what he can do with Deadpool, and I am very interested to see how this film turns out. 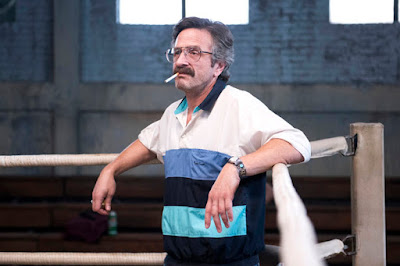 It has been confirmed that Glow actor Marc Maron will be joining the recently titled Joker, (you can read more about that here), which already stars Joaquin Phoenix as the Clown Prince of Crime. It's funny that this news comes now, because I just watched Glow for the first time. I absolutely loved the show, and I binged the whole thing in a matter of days. Marc Maron steals the entire show, and he's just fantastic in it. He's hard edged and he's an asshole, but you can tell he has heart to him. He plays a really complex character, and Maron's performance makes the character shine. And after watching Glow, I think Maron is perfect for something like Joker. His character from Glow even feels like it could fit right into Joker. Now, the rumor is that Maron will be playing a radio show producer, and we previously heard that Robert De Niro is in talks to play a radio show host, so having De Niro and Maron together will be fascinating. Overall, I love this casting, and I'm getting more and more excited for this Joker movie. 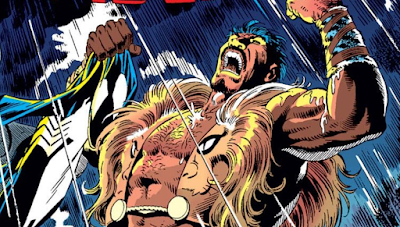 It is being reported that The Equalizer screenwriter Richard Wenk has been hired the pen the script for Sony's Kraven the Hunter movie. We heard about this film before, but this is the first actual step forward in its production. Wenk's latest work was on The Equalizer 2, which I thought was good but not great, which were my exact thoughts on the first one. You can read our full review for The Equalizer 2 here. Outside of the Equalizer movies, Wenk has also done The Mechanic, The Expendables 2, Jack Reacher: Never Go Back, and The Magnificent Seven, which all kind of share that "good but not great" sentiment. So with that kind of track record, it doesn't make me super excited for what he will do with Kraven. And whether this movie actually ever ends up happening all depends upon how good Venom is. If Venom is great, then I think Sony will put a whole bunch of Spider-Man-less Spider-Man movies into production. But if Venom sucks and doesn't do that great at the box office, then I don't think this Kraven movie will end up happening, at least not in this incarnation. So I'm going to wait for Venom before I truly make up my mind on a Kraven the Hunter film written by Richard Wenk. 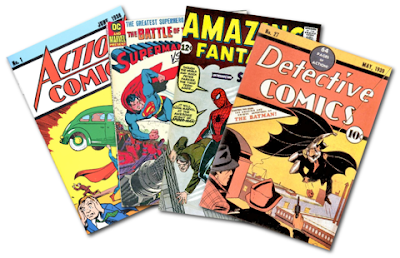