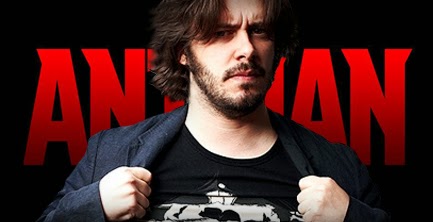 This is a shock. Edgar Wright, who has been pushing for his passion project Ant-Man to be made for years, even before the first Iron Man film, has dropped out of Ant-Man, scheduled to hit theaters July 17, 2015. Marvel had previously said their sole purpose for making the film was Wright's unique vision on the film. After trying for so hard and for so long to get this film made, why has he left?

We don't know yet. The official statement right now is:

"Marvel and Edgar Wright jointly announced today that the studio and director have parted ways on Marvel's "Ant-Man" due to differences in their vision of the film. The decision to move is amicable and does not impact the release date on July 17, 2015. A new director will be announced shortly."

Details about exactly what it was that forced Wright to throw in the towel has not been released. This article will be updated when new details are released.

As of right now, I am in complete shock. Wright has been harping on this film for years and now when it's finally in production and just over a year from release, he drops out. It doesn't make a lot of sense, but I bet we will be getting details soon.