Actor J.K. Simmons recently spoke out about the upcoming Terminator: Genesis (you can read his comments here), giving us some insight into the film. Now, some set pictures have been released, giving us a look at the main actors, including Arnold Schwarzenegger. 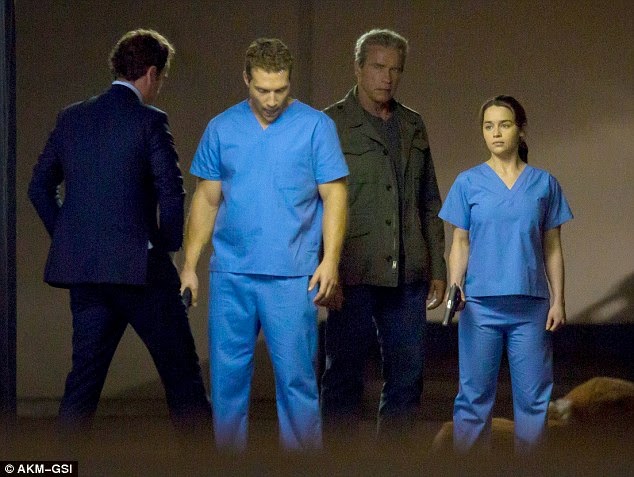 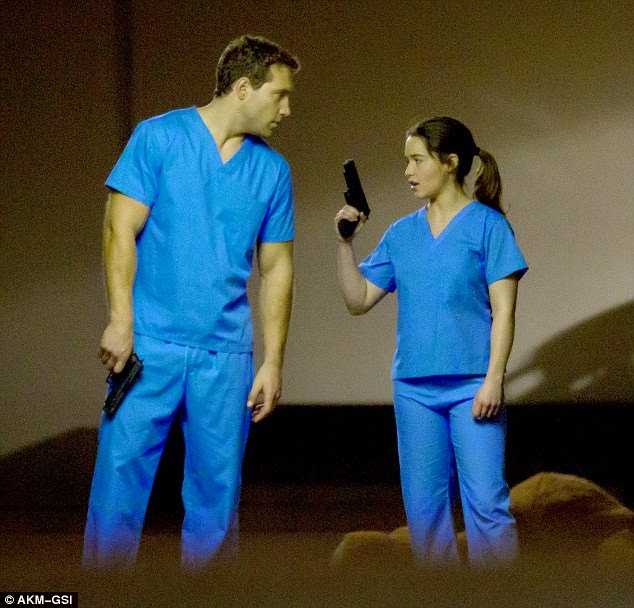 This first picture gives us Sarah Connor (Emilia Clarke), Jai Courtney (Kyle Reese) and of course, the old Terminator (Arnold Schwarzenegger). The second picture gives us just Clarke and Courtney. These pictures don't reveal much, only giving us a general look at the characters. When I first saw this, I was immediately reminded of the big scene near the beginning of Terminator: Judgement Day where John Connor and the Terminator break Sarah Connor out of the mental institution, based on what looks like doctor's clothing.

What do you guys think? Do the characters look good? What do you think is going on in the scene? Leave your thoughts in the comments section.