First image for The Hobbit: The Battle of Five Armies 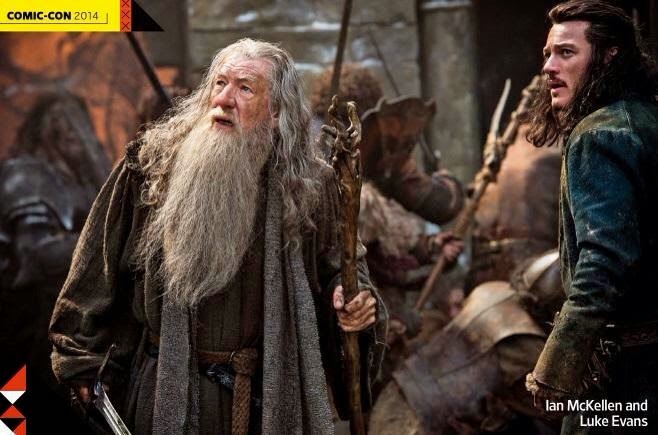 This week's issue of Entertainment Weekly has revealed a lot. Not only did we get our first true look at The Avengers: Age of Ultron (read our article here), but we got our first official picture from The Hobbit: The Battle of Five Armies. The picture doesn't reveal much: just Gandalf and Bard standing a midst the epic battle, but this is the first thing we have gotten from the film other than the name change. Director Peter Jackson has said that a teaser trailer is coming soon (most likely at San Diego Comic Con), but this picture does show what will probably be the most epic battle of Middle-earth and our final visit (probably).

What do you think? Do you like the picture? Are you excited for The Hobbit: The Battle of Five Armies? Leave your thoughts in the comments section.

Written by: Nate
Email us your questions at: themovieparadise999@gmail.com
Like us on Facebook!
bard comic con entertainment weekly gandalf middle-earth nate peter jackson picture the hobbit the batttle of five armies