In this week's issue of Entertainment Weekly, front and center, we got The Avengers: Age of Ultron. With over half a dozen pictures of the film, we also got our first look at Ultron on the cover, alongside Iron Man and Captain America. The design of Ultron looks great and true to the comics. Let's take a look at the pictures and analyze them. 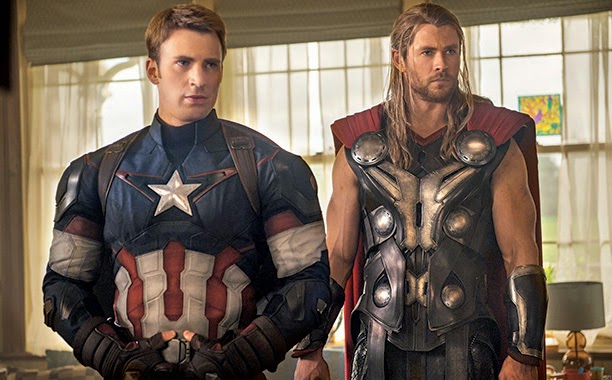 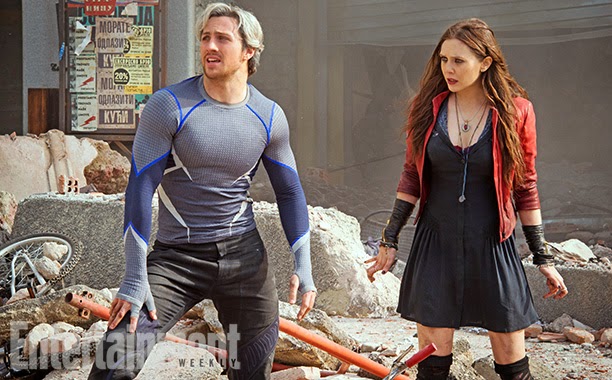 Our first "official" look at Aaron Taylor-Johnson's Quicksilver and Elizabeth Olsen's Scarlet Witch. A lot of people are claiming that Taylor-Johnson looks bad a Quicksilver and I completely disagree. I think it is a complete improvement over the Quicksilver costume from X-Men: Days of Future Past. While Evan Peters' costume was terrible, his scene was awesome. I really like how Taylor-Johnson looks because the costumes of the Twins are focused on one thing: realism. He's wearing a shirt and jeans. She's wearing a skirt and a jacket. But they resemble their outlandish costumes from the comics. I really like how Olsen looks as Scarlet Witch. She looks exactly how I imagined she would deviate from the comics. 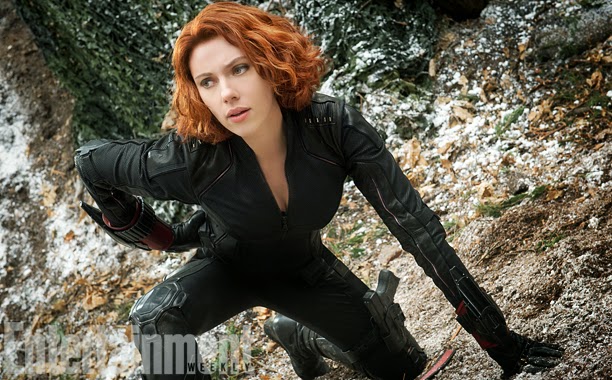 The one big difference in Scarlett Johansson's Black Widow suit are the gauntlets on her wrists. Apparently they are supposed to be able to shock enemies. Overall, she looks great and I don't think her pregnancy will affect the movie one bit. 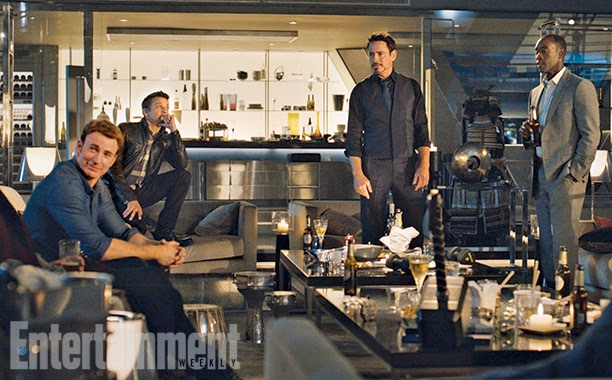 The Avengers Party looks awesome. I love how Thor has his hammer resting on the table. The big thing here though is Don Cheadle's Rhodey. We've known he's in the movie but whether he'll be suiting up as Iron Patriot or War Machine is still unknown. 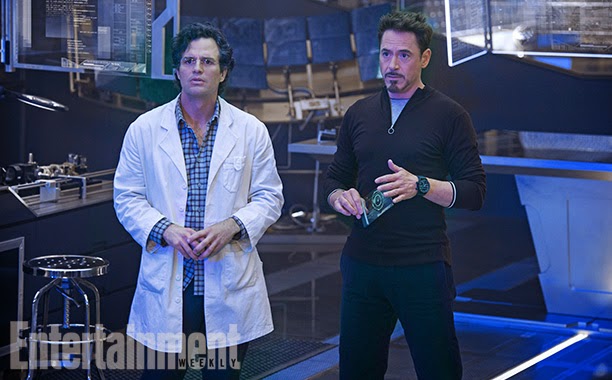 Ever since the first Avengers film, we've wanted Tony Stark and Mark Ruffalo's Bruce Banner to team up as scientists. The chemistry between them was great in the first movie. It looks like we are getting exactly that in the second one. 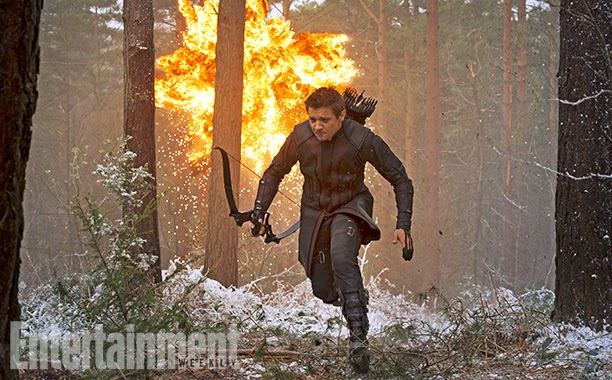 We've known from set pictures that Jeremy Renner's Hawkeye was getting a costume change, to be closer to the comics, but now we see its for a winter setting. Honestly, all he needs is the headpiece and he is wearing the exact same costume from the comics. 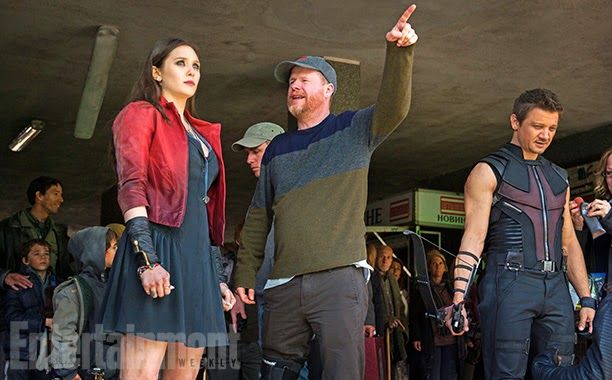 I always like seeing pictures of the director on set doing his thing. In this case, Joss Whedon is telling Elizabeth Olsen to do some crazy Scarlet Witch sh*t in what seems like will be a major battle with Ultron. 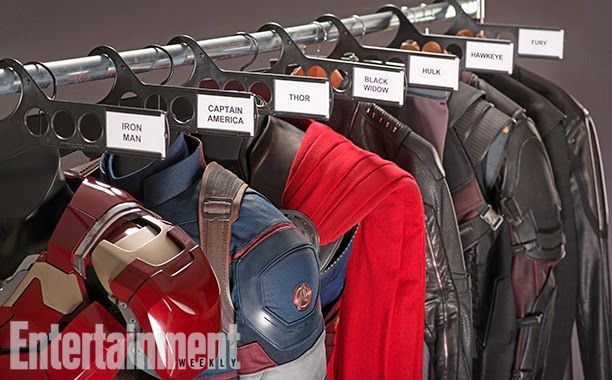 It's cool seeing all the costumes lined up like this, but what's interesting to me is seeing Nick Fury in this line-up. I didn't think he would be in this movie but apparently he is.

The other big thing is that Joss Whedon and Kevin Feige talked about the origins of the new characters Ultron and the Vision, along with confirming the rumors going around about the first act of the movie. MILD SPOILERS AHEAD BUT NOTHING MAJOR.

Feige confirmed that the movie opens with a fight between the Avengers and Baron Wolfgang von Strucker seen at the end of Captain America: The Winter Soldier holding the Twins (Quicksilver and Scarlet Witch) captive. In the fight, the Avengers free the Twins... something they'll regret later. They then throw a party (seen in one of the pictures) to celebrate.

Feige also clarified that the destroyed Stark Tower at the end of The Avengers has now become the Avengers Headquarters where, after the fall of S.H.I.E.L.D. in Captain America: The Winter Soldier, they are now in charge of protecting the world. But Tony Stark has given up being Iron Man, apparent at the end of Iron Man 3, so he creates Ultron, an artificial intelligence based off of his own personality (not the best traits though) and an army of followers to police the world. However, Ultron soon realizes that the true threat to the world is humanity itself and turns on the Avengers. During the Avengers party, Ultron attacks the team, stating "I know your 'good' people. I know you mean well... but you didn't think it through... there is only one path to peace: your extermination." As to how the Vision fits in, his origin will fit closely to his comic book origin. To rebel against his "father" Tony Stark, Ultron decides to pull a Frankenstein and creates life of his own: the Vision which will be played by JARVIS voice Paul Bettany. When asked whether Bettany's casting as the Vision was coincidental or if the JARVIS program ties into the Vision's origin, Feige just said that it wasn't entirely coincidental.