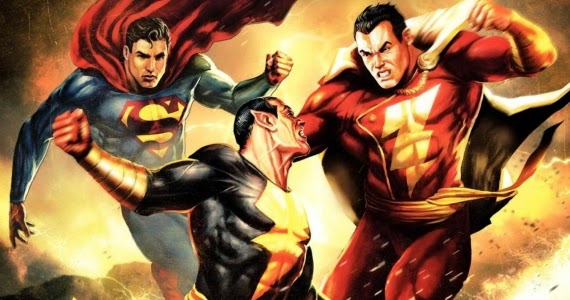 This past week, some major news from the upcoming Shazam movie has come up. I know that this article is a bit late, but I wanted to combine the news together in one story. 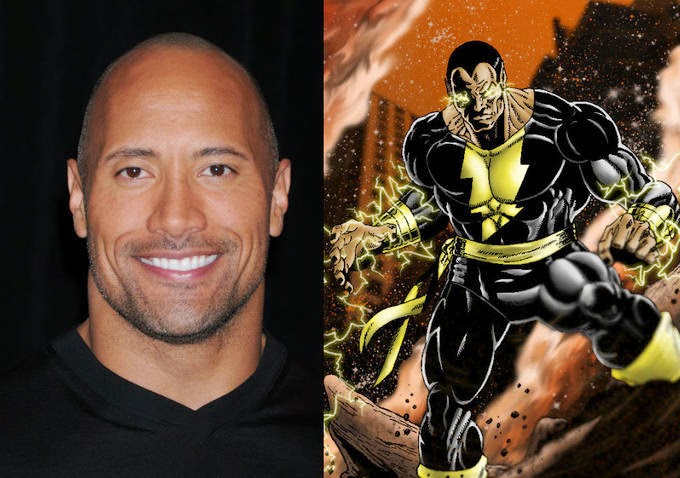 It us been up in the air for a while as to who Dwayne Johnson will be playing in the DC Cinematic Universe. You can read our latest article about the matter here, where he confirmed he would be either Shazam or his nemesis, Black Adam. This past week, in a tweet, Johnson confirmed he would play Black Adam which, I had said before, was the role I was hoping he was going to be. You can read Johnson's tweet where he confirmed the role here. I am really excited to see Johnson play this villain. However, I am using the term villain lightly, since in his tweet, Johnson used the hashtag #antihero, indicating that Black Adam may not be a black-and-white simple villain but perhaps have a lot more depth to the character, perhaps DC's answer to Marvel's Loki. Now the big question is who are they going to get to play Shazam?

Shazam not in the DC Cinematic Universe?

Shortly after Johnson confirmed himself as playing Black Adam, the head of New Line Cinema, a smaller production company owned by Warner Bros., who produces the DC movies, announced that they would be producing the Shazam movie. The president of New Line, Toby Emmerich, states:

“It feels to me like Shazam will have a tone unto itself,” he explains. “It’s a DC comic, but it’s not a Justice League character, and it’s not a Marvel comic. The tone and the feeling of the movie will be different from the other range of comic book movies… [It] will have a sense of fun and a sense of humor. But the stakes have to be real.”

Let's break down this news a little bit. The assumption from the fact that New Line is producing the movie as opposed to Warner Bros. itself could mean that Shazam might not be connected to the overall cinematic universe which will obviously have Batman, Superman, Wonder Woman, etc. I don't think that one fact is indication enough that the movie is not connected. It could very well mean that Warner Bros. is trying to compete with Marvel's ambitious release schedule (which will have them releasing 3 movies a year by 2017) and in order to go to that level, they need some of their smaller production companies to simultaneously work on some of the lesser known characters (Shazam) while Warner Bros. proper works on the bigger ones (Batman, Wonder Woman).

It also states in the comment that Shazam is "not a Justice League character, and it's not a Marvel comic". This comment is not the same thing was an official announcement that Shazam is a stand-alone franchise. This fact will only be proven as true when the head of Warner Bros. himself confirms it. But people are taking this comment as confirmation itself, and it's not. If you read that one part on its own "it's not a Justice League character" then yes, it sounds like a confirmation. But the end part of that sentence "and it's not a Marvel comic" I think is more than just stating the obvious. I think Emmerich was trying to make a non-literal point.

Emmerich was saying in the quote before that "Shazam will have a tone unto itself" which doesn't mean it isn't part of the overall universe. Look at Captain America: The Winter Soldier. It had the tone of a 70's spy thriller, yet it was without a doubt still part of the Marvel Cinematic Universe. Shazam can have its own tone and still be connected, and I think when Emmerich said that it wasn't a Justice League character and not a Marvel comic, I think he was just re-enforcing his point that the tone would be different from a Marvel film (light, family friendly) and from what Man of Steel has established (darker).

Personally, I think it would be a huge mistake to keep Shazam separate. The inner nerd circles may know all about Shazam and Billy Baxton and Black Adam, but outside of the 1%, no one has any idea who the hell Shazam is. They probably immediately think of the cleaning product "Shamwow!". But you know what people do know. Batman. Superman. Look at Guardians of the Galaxy. No one knew who they were. Probably only 1% of the 1% knew who they were. Sure, the marketing was good and the casting was interesting but it wasn't that alone that earned it $94 million opening weekend. It helped but that wasn't the sole thing that did it. It was the Marvel brand name. No one knew who the Guardians of the Galaxy were but they knew Iron Man. They knew Thor. So they went and saw it. Shazam is working in the same way. No one knows Shazam, but they do know Batman and Superman. If Shazam is under the DC brand name, that's how you get people to see it. Now, even if it wasn't connected, it would still have DC's name all over it, but as soon as people learn that this Shazam movie has nothing to do with Batman or Superman, that's when the casual audience loses interest. I think it would be pretty stupid of Warner Bros. to do this to Shazam when they can insure it at least some success by keeping it connected. I think Shazam will end up being connected but there is still the major possibility now that it won't. 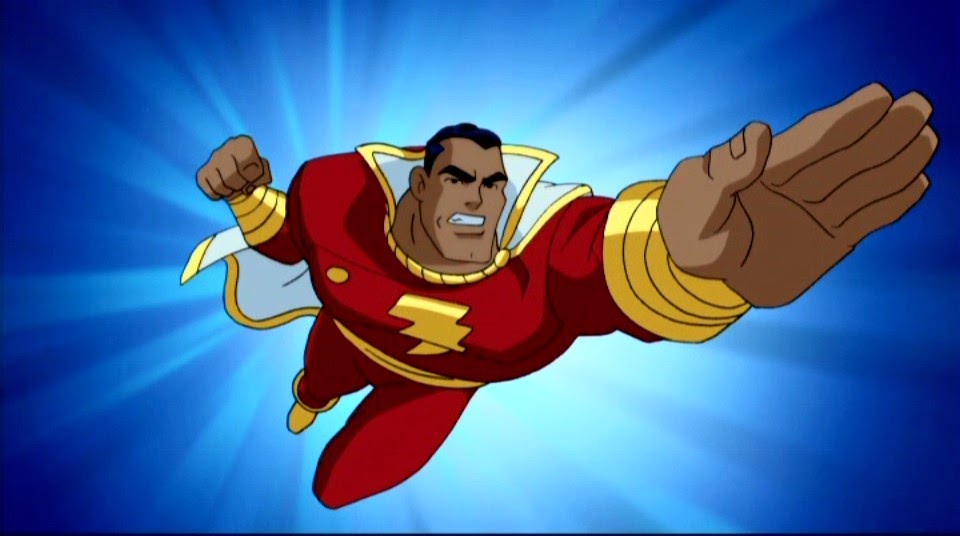