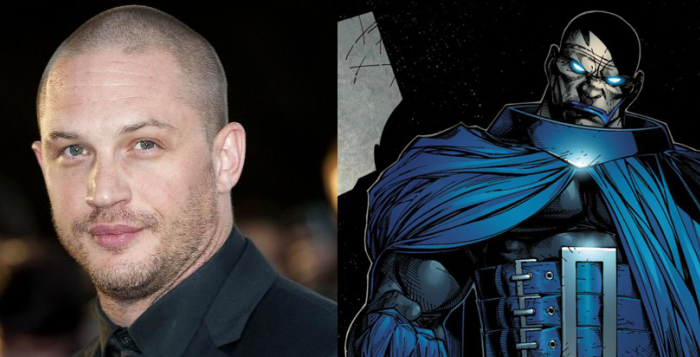 Tom Hardy is been one of the most rumored actors for comic book movies right now. Despite already haven starred as Bane in The Dark Knight Rises, he is still rumored to be in all sorts of projects. A while ago, it came out that he was being pursued to play Doctor Strange and more recently a report says he is one of several A-list actors being pursued for Suicide Squad.  Now, you can add X-Men: Apocalypse to the list of movies Hardy might be in.

I think Hardy playing Apocalypse would be fantastic. He is a great actor and could do the role very well. We've already seen that he can play a powerful and menacing villain so there's little doubt in my mind that he could play the role. However, I do have to wonder how true this report is. It comes from The Wrap which is mostly reliable, but with Hardy being rumored for so many different roles, it's hard to know which is true. However, out of all the comic book movies he's rumored to be in, I think I would prefer him as Apocalypse the most.

What do you think? Would you like to see Tom Hardy as Apocalypse? Leave your thoughts in the comments section.