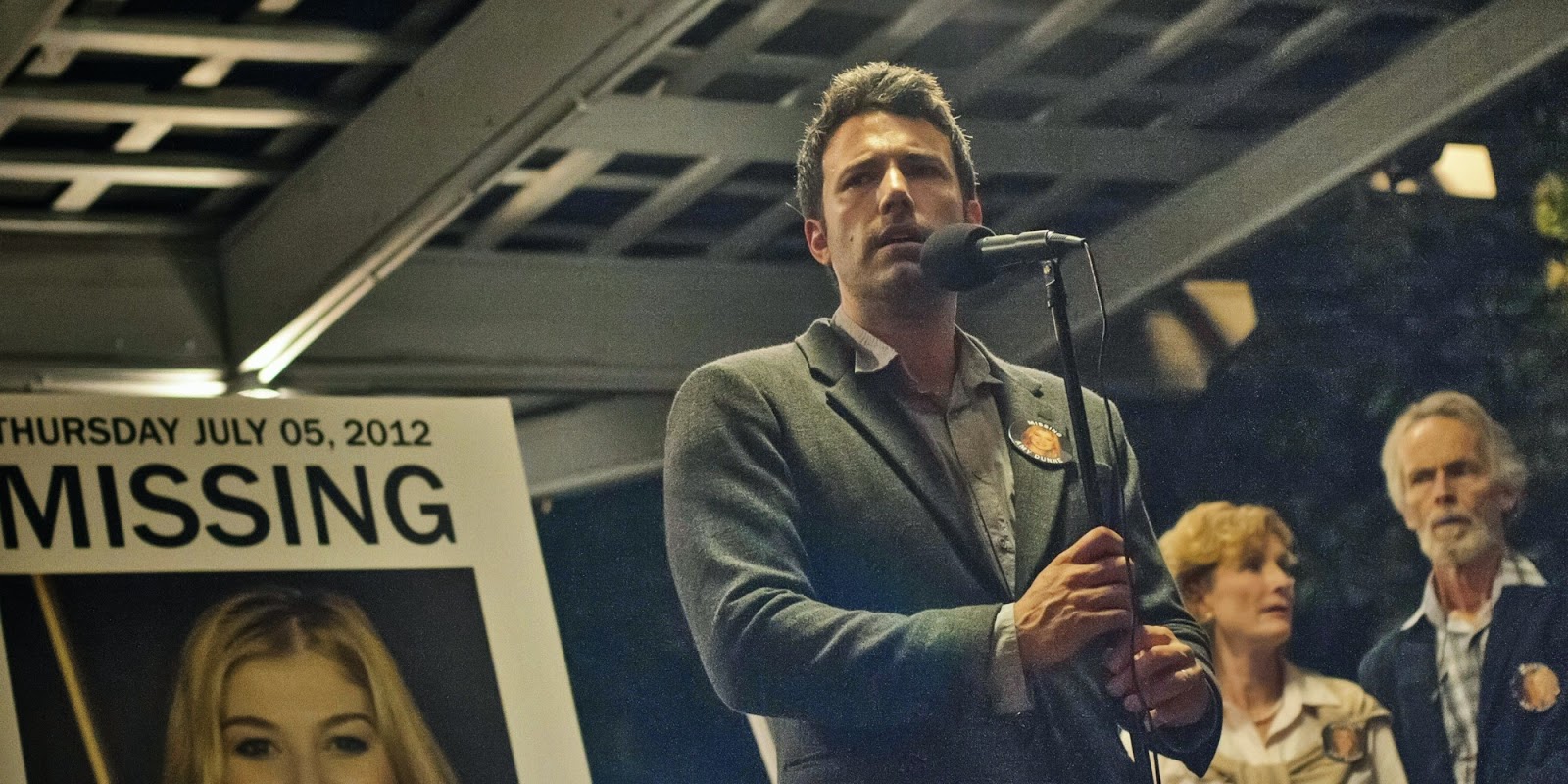 Let me first say that I read the book Gone Girl prior to seeing the movie, so I already knew the twists and turns which affects my viewing experience of the film differently than someone who went into it fresh and not knowing what to expect.

Gone Girl is the latest film from one of my favorite directors David Fincher, and stars Ben Affleck and Rosamund Pike. The movie focuses on Ben Affleck's character, who's wife has disappeared and is suddenly under a lot of scrutiny from the media who thinks he may have killed her. As it says in the title, this is a SPOILER FREE review, so I won't give away any of the twists in this movie. 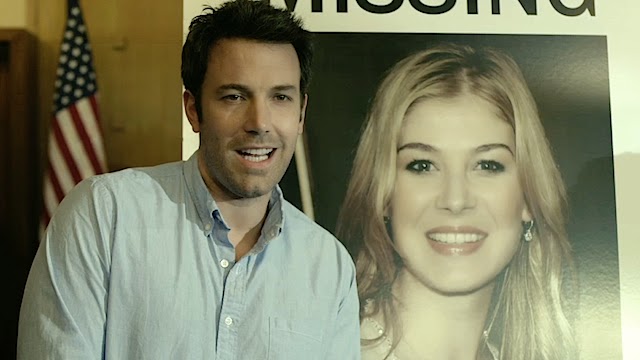 I really liked Gone Girl. I thought the book was fantastic and I only read it because I heard the movie was coming out and I was interested in it. The author of the book, Gillian Flynn, wrote the screenplay for the movie which I thought was interesting. There have been times where it has happened where it has worked and other times where it hasn't (The Counselor). The screenplay for this movie was very well written, especially for a first time screenwriter. It is probably one of the most faithful adapations of a book to a movie that I have seen.

The performances in this movie are spectacular. If there were any lingering doubts about Ben Affleck as an actor, this movie should officially dispel those doubts. He carries the film and does it extremely well. But the true stand out performance was Rosamund Pike, who most likely will get an Oscar nomination which I'll touch upon later. I was really worried about Tyler Perry being in this film but he did a fantastic job. He stole the screen when he was on, but not in a bad way. He probably gives one of the best lines of the movie (and if you've seen it, you know what I'm talking about). All the actors were very well cast. The only person that stood out was Neil Patrick Harris. He wasn't bad but he wasn't good either. He was kind of just there. 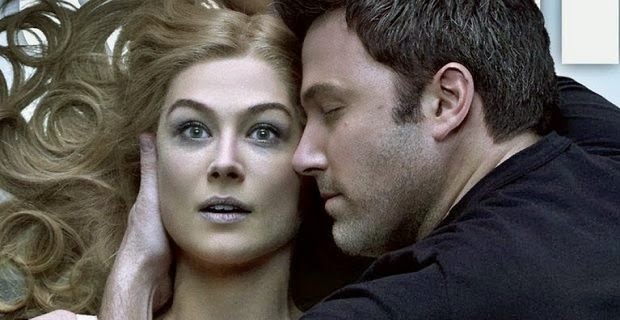 One of the most disappointing things about this film for me was a lack of David Fincher-ness, and I'll explain what I mean. Fincher has a very unique style in all of his films; a signature of sorts. He takes the camera in all sorts of places- he goes through walls, under doors, shoots all the way across the room. He has all of these really cool shots that he does and their present every film I've seen of his. However, there weren't any of these in Gone Girl, and I was really looking forward to seeing it. Now, there were some cool shots but nothing as over the top brilliant as what he has done in his previous films. That was disappointing to me.

As every book-to-movie adaptations, there were differences from the book, even though the author wrote the screenplay. There was a rumor that had been going around for a while that Flynn had completely re-written the third act to surprise people seeing the movie who had already read the book. That was indeed a rumor. I can assure you that it doesn't happen: the ending to the book is the same ending to the movie. While I was hoping that there would be that element thrown in there, I'm also glad they didn't change it. When I read the ending of the book, it rubbed me the wrong way. I don't know what it was but it just didn't click with me. However, after seeing that same ending put to screen, I like it more. I don't think any changes from the book to the movie were bad: I actually think that every little change made enhanced the movie more. However, there were different angles of the book that either wasn't as fleshed out in the movie or not covered as much, which I felt hurt the movie a little bit. 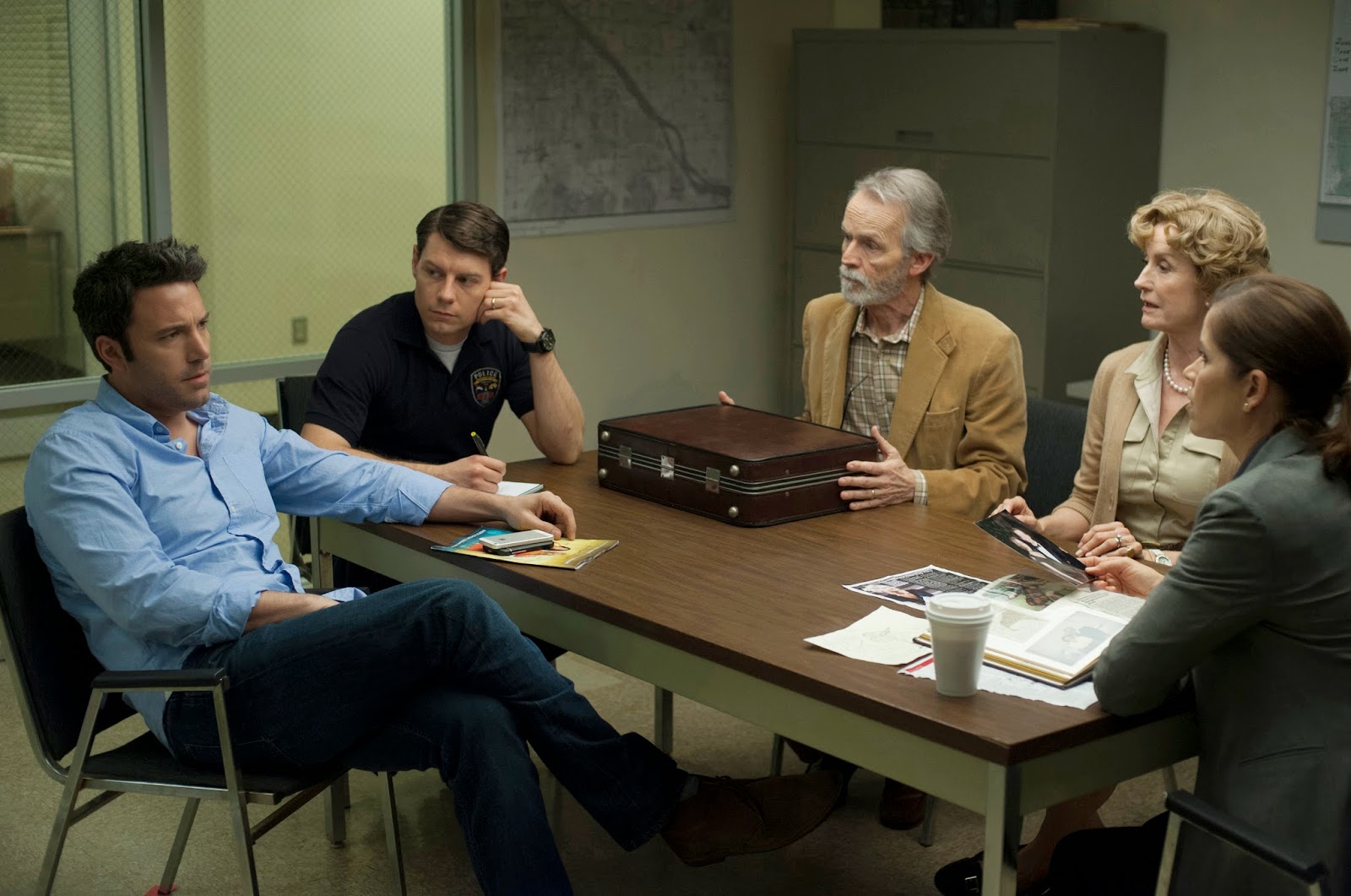 Overall, Gone Girl is a great thriller. It's brilliant if you have not read the book, and while previously reading the book takes away some of the shock value, it is still great to see the book turned into a great movie. The performances are stellar and the direction is great. It does have flaws as any film does. It is not Fincher's best or even in his top 3 but it is still another great film by him.

What do you think? Have you seen Gone Girl? Leave your thoughts in the comments section but please, no spoilers.