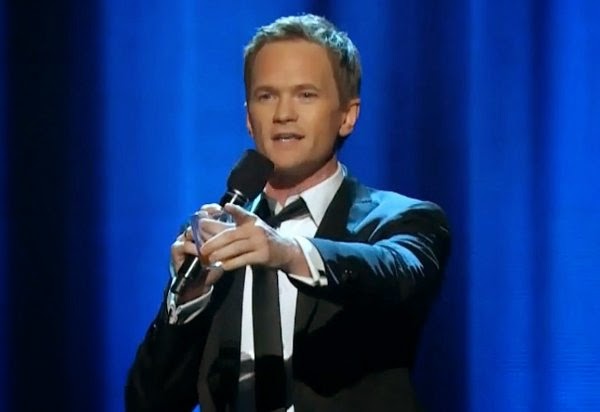 It has been confirmed that Neil Patrick Harris will be the host of the Academy Awards in early 2015. Last year, Ellen DeGeneres was the host and was met with mostly positive reviews but not everyone loved her. A big complaint from people lately is that the Academy is getting hosts who aren't really important to film and are more involved in television. Although Harris comes from a television background similar to DeGeneres, he had made more of an impact in the film industry. He was recently in, what will most likely be a big Oscar contender, Gone Girl (read our review here) so that gives him more power in this sort of situation.

I'm neither thrilled nor disappointed in Harris as the host. While I do like his energy, he has never really made me like him in anything I've seen him in. I think he has a chance to blow us all away, considering he has hosted so many other award shows in the past. But being that the Academy Awards are one of my favorite nights of the year, I hope that Harris can really deliver.

What do you think? Are you excited that Neil Patrick Harris will be hosting the Academy Awards this year? Leave your thoughts in the comments section below.