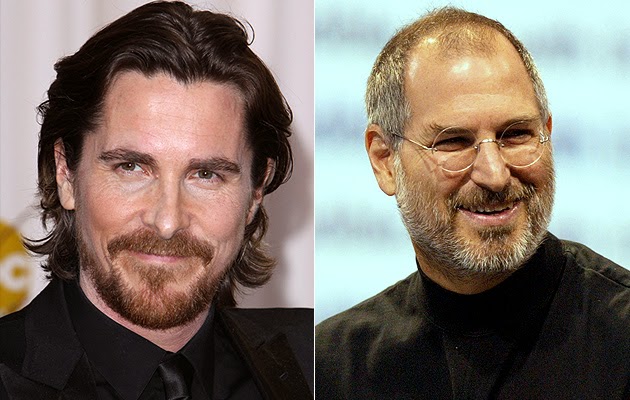 Earlier, it was reported that after some drama surrounding the film, Christian Bale would be playing Steve Jobs in an upcoming biopic (you can read our article about it here) I had said that I was looking forward to seeing one of the best actors working today star in this very interesting movie. There are more details as to the film's structure in the previous article I wrote. However, now Bale has dropped out of the project. It is not being said exactly what made Bale decide to leave but he will not be playing Steve Jobs in the movie.

This news is disappointing to me. I said before that I was upset that David Fincher was no longer the director because Bale would not star and then Bale came on board without Fincher. Despite me being upset that that whole exchange happened, I was still looking forward to a great performance from Christian Bale. However, now that won't happen.

So the question becomes who will replace Bale? Before Bale was "cast", there was a shortlist of actors including talents such as Ben Affleck, Bradley Cooper and Matt Damon. While they are all talented actors, I don't see any of them in the role. If I did have to pick, I think Cooper could do it the best but I think Bale would have been the best fit for the role.

What do you think? Are you upset that Christian Bale won't be playing Steve Jobs? Who could replace him? Leave your thoughts in the comments section below.