First Trailer and Poster for Chappie

Very few will argue the brilliance of District 9, the directorial debut of Neill Blomkamp. It breathed new light into the science fiction genre and was truly an original and fantastic movie (which was nominated for best picture). Blomkamp became one of the hottest new directors and everyone was losing their minds about the anticipation for his sophomore effort, Elysium. While I liked the movie, a lot of people hated it and there were some rather stark parallels in story to District 9.

His third movie, Chappie is due next year and the first trailer just came out. The movie focuses on an artificial intelligence called Chaplie (voiced by Sharlto Copley) and it's adventures when it is kidnaped by two local terrorists. The movie also stars Hugh Jackman and Sigourney Weaver. 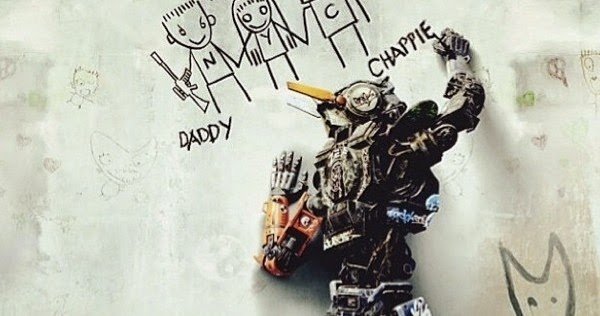 While it clearly is a science fiction movie, which seems to be Blomkamp's forte, it is still unclear to me at least what kind of movie it is outside of that. Is more family friendly with an E.T like character? Is it pure sci fi? It's hard to tell what this movie is and what the plot really is. And while I love the cast and I still like Blomkamp, nothing has really stick out as interesting about this movie so far. Maybe a new trailer will change my mind but as of right now, I'm not really interested.

You can also see the official poster here: What do you think? Are you looking forward to Chappie? Did you like the trailer? Do you like the poster? Leave your thoughts in the comments section below.