Matt Reeves talks Dawn of the Planet of the Apes Sequel 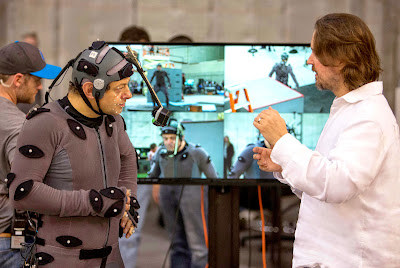 Recently, Reeves spoke out a bit about what the third film in this franchise could hold in store for us. Reeves said this:

“The first one is sort of how [Caesar] goes from humble beginnings to becoming a revolutionary. In ‘Dawn,’ he really rose to occasion of becoming a leader in really challenging and difficult times. The notion of what we’re after with the third is to sort of continue that trajectory and see how he becomes a seminal figure in ape history. He almost becomes sort of like an ape Moses. A mythic status… We’re trying to play out those themes and continue to sort of explore it in this universe. Exploring human nature under the guise of apes.”

I find this statement very interesting. It's true that in the first movie Caesar led the revolution. In the second he became the leader. We have yet to see him as the legend that will inspire the Apes for thousands of years. There's little doubt that this will be the movie that the Apes fight the humans for the world and ultimately win. For me, the most interesting thing was that Reeves referred to Caesar as an "Ape Moses". Something to point out is that in the Bible, Moses led his people through the Red Sea to the Promise Land, which could be shown as Caesar leading a war against the humans to create the Promise Land for the Apes. Perhaps Caesar will sacrifice himself to save his people, idolizing him in Ape history forever.

It's exciting to think about all the possibilities that this movie could have. If the Moses analogy is to be taken literally, the maybe the movie will be called Exodus of the Planet of the Apes? 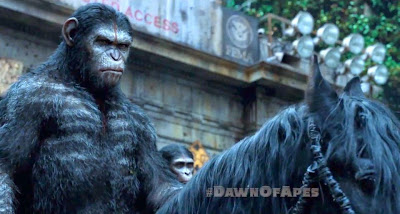