Project Almanac (which was the original title before it was renamed Welcome to Yesterday then back to the original title) has been a movie I've anticipated for a little while now. It is a found footage movie (which, when done right, can be really good) focused on a group of kids who discover the blue prints for a time machine, which they use to screw around and have fun. But the repercussions of the time travel has astronomical affects. The film was supposed to be released about six months ago but was moved to January of 2015. The name has changed several times. Now, we have our first title since the official name and release date change.

If you saw the first trailer, then you would think you were just watching the same one. This "new" trailer is pretty much shot-for-shot the same as the first, which is unfortunate. However, I did really like the first trailer so it didn't deter me from my wanting to see the film. Although, it did introduce some new, brief things into this trailer, such as meeting yourself and how you can cease to exist from reality, which I think will be very interesting things that could be explored very well in the movie.

Could this movie be terrible? Absolutely. But everything I've seen has just made me more and more interested in seeing this film. 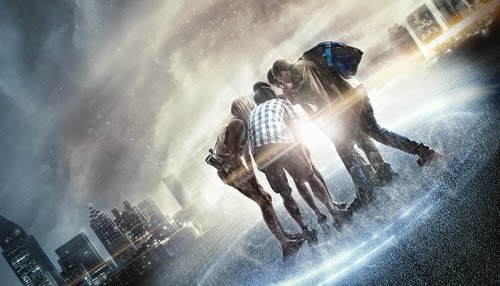 What do you think? Are you looking forward to Project Almanac? Did you like the trailer? Leave your thoughts in the comments section below.