No, Jake Gyllenhaal is not in the X-Men. This is a completely different and very intriguing Nightcrawler.

Nightcrawler centers on a petty thief/unemployed/sociopath Lou Bloom (played by Gyllenhaal) who comes upon a crime scene where he sees cameramen all over. He finds out that these cameramen, called Nightcrawlers, are freelance news filmers who get to crime scenes and then sell their footage to news stations. "If it bleeds, it leads" Bill Paxton's character, a rival Nightcrawler, tells Bloom. Bloom decides to try it out for himself and gets a police scanner and camera and starts this new career. As we see Bloom rise up in the ranks (getting a partner, new car, new camera, more money) we see that he is willing to do whatever he needs to to get a good, compelling story for the news. 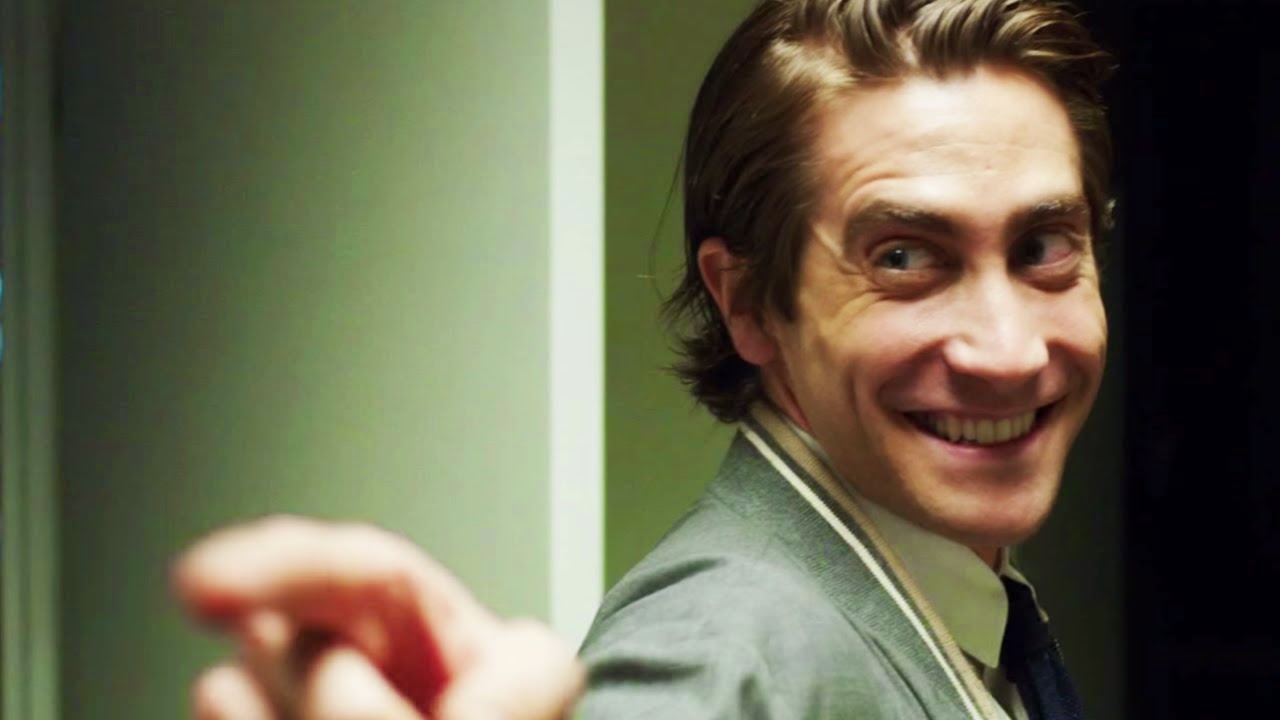 Gyllenhaal gives one of his best performances as Lou Bloom. There were a lot of subtleties to the character that Gyllenhaal played up perfectly without hammering you over the head with it. Well, I guess that is the definition of subtle. The character of Lou Bloom is written as a very well-rounded, three dimensional character and while the movie doesn't spell out certain aspects of the character, Gyllenhaal shows us a side of the character simply through different looks, a smile or even a laugh. I have found that Gyllenhaal is great as giving his characters little idiosyncrasies that hint towards something not necessarily spelled out in the story. He did this most notably in Prisoners, where the story didn't tell you his characters past, but he told you that story through his nervous tics he had throughout the entire movie. While Gyllenhaal wasn't as noticeable with it in Nightcrawler, there were moments where Gyllenhaal played this up. There has been a lot of talk that Gyllenhaal may be nominated for an Oscar for this performance. I think he definitely has a good shot but I don't think that he will necessarily get a nomination. 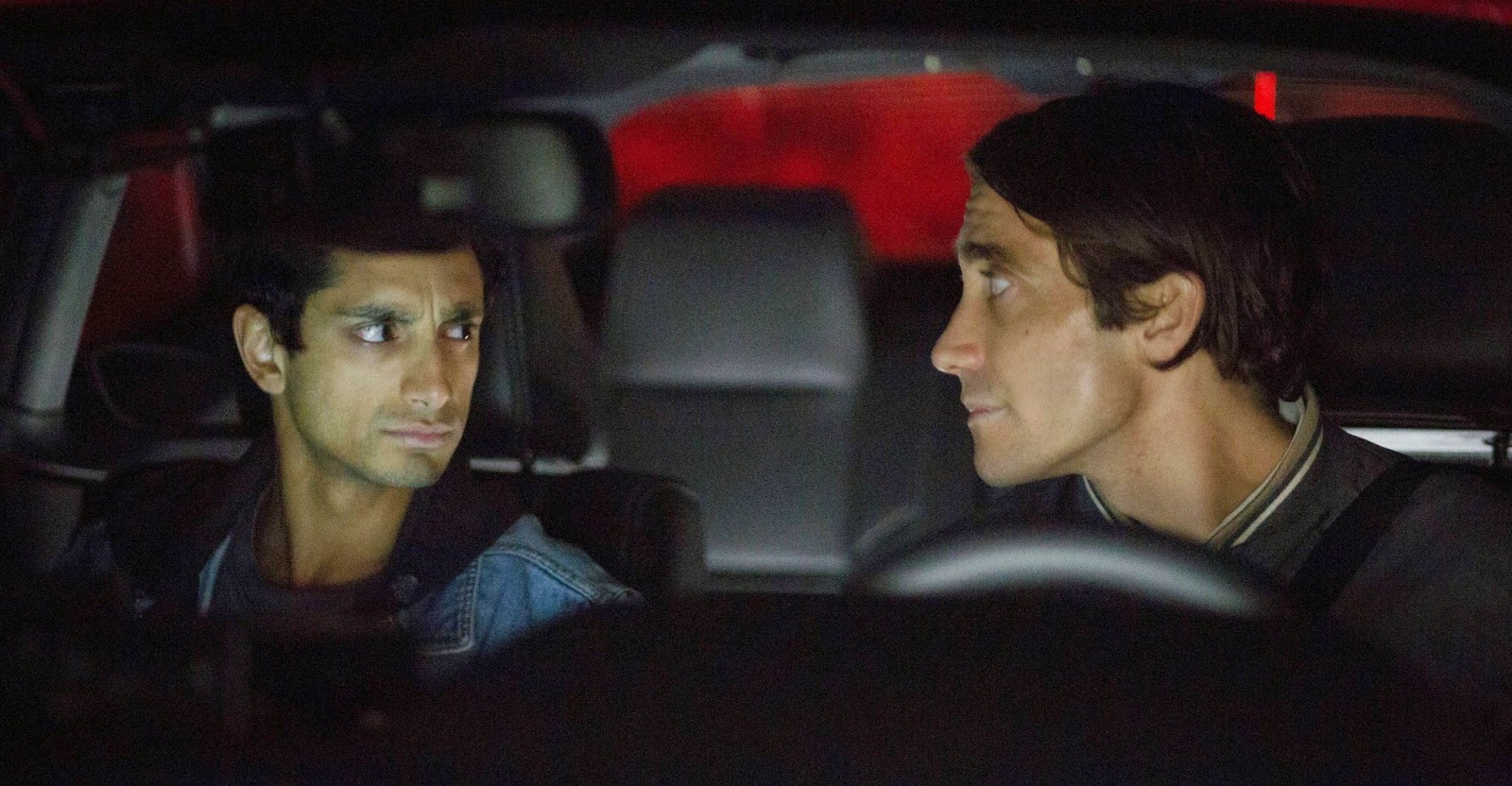 The supporting cast was really good, too. Riz Ahmed played Bloom's partner, who is homeless and goes along with Bloom's craziness in order to get money. He adds some humor to the bleak tone of the movie but also plays the role of the audience in the film, as his reactions to Bloom's character is how most of us would act in the same situation (not every part of his character was like this, though). Rene Russo played the head of the news station that Bloom sells his footage to, and she does a good job as well. However, they took her character in a certain direction that I felt they made her change a bit too quick. They needed a few more scenes with her in the movie and when you see it, you'll understand what I'm talking about. Bill Paxton wasn't in the movie too much but he was also a comedic element and played an important part in the shaping of Bloom's character. 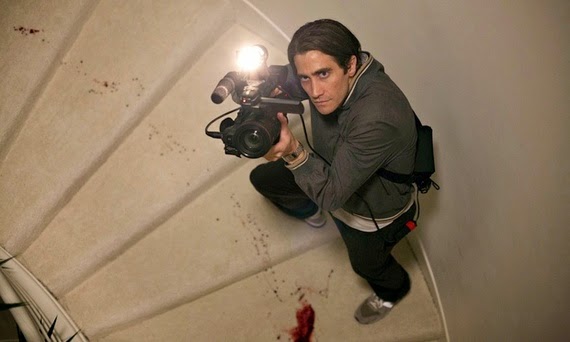 In a lot of ways, this movie is a satire. Without hitting you over the head with it, it shows you how, as a culture, we have become so desensitized to the brutality of the news today. To many people, they see or hear about a shoot-out or a mass murder and, despite the fact that it is real, many people don't really think about it in that sense. They're desensitized to it. This movie really calls attention to that and exploits it, through Bloom's determination to get an interesting story by manipulating events and filming horrific things and the audience of these news stations eat it up. The movie shows the gossamer line between the tragedy of a situation and the news. You see Bloom getting right up in the face of a grieving wife to get an interview, or film a dying man on a stretcher. It really, in a very serious way, pokes fun at the ridiculousness of modern media, which I found to be a really interesting aspect of the movie. 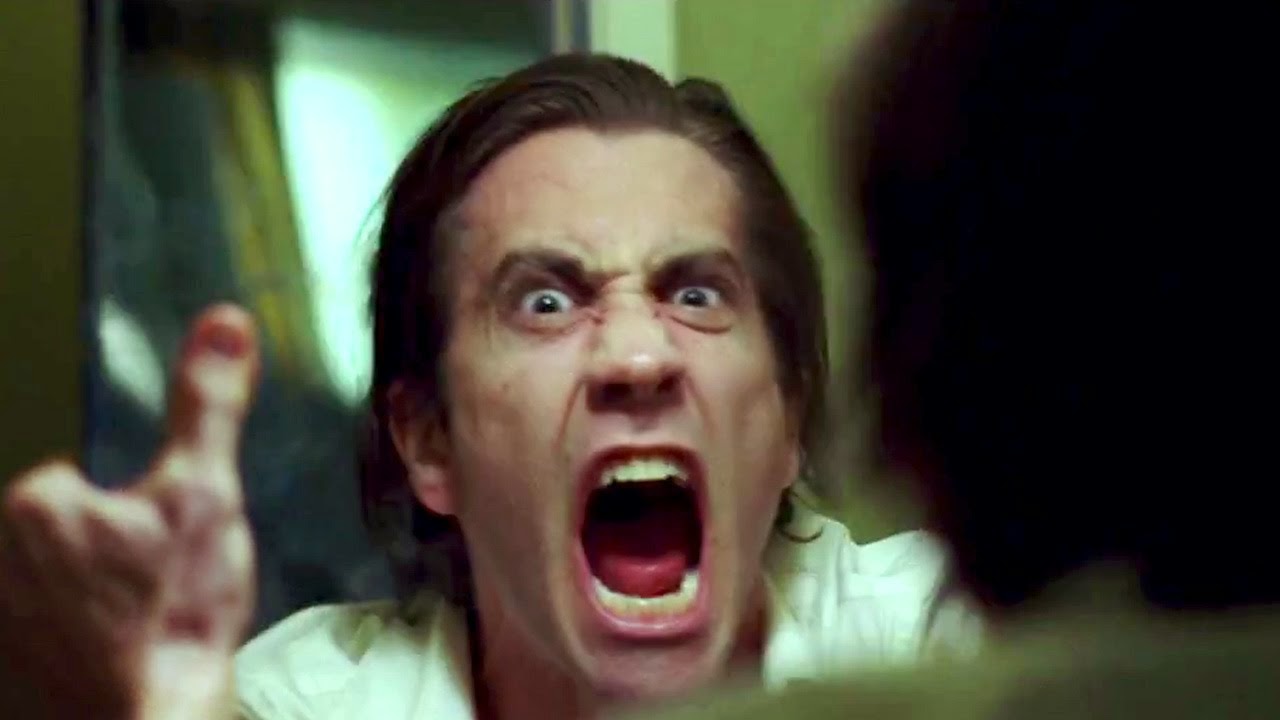 Overall, Nightcrawler is very engaging, intriguing movie about a very interesting side of the news not many people know or even think about. This film is led by a strong performance from Jake Gyllenhaal as well as a great supporting cast. It is dark, gritty and, as I said before, very subtle in its messages. In my opinion, it is not the year's best but it is definitely a very good, enjoyable movie.

What do you think? Have you seen Nightcrawler? Did you like it? Do you think Jake Gyllenhaal's performance will get an Oscar nomination? Leave your thoughts in the comments section below.