I love Kevin James. I really do. The King of Queens is a great show. I've seen James' stand-up live and he is fantastic. While not all of his movies have been great, I have liked most of them. Here Comes the Boom and Hitch are hilarious and I really like the first Grown Ups movie. Grown Ups 2 and Zookeeper are a different story entirely.

For me, Paul Blart: Mall Cop is one of his movies I really liked. Is it a fantastic movie? No, but it's funny and it's Kevin James being Kevin James. So, I've been looking forward to the sequel for a while now.

Now, we have our first trailer for Paul Blart: Mall Cop 2, which is due to come out next April. Here's what I thought:

It feels like it's going to be the same movie, just in a different place. They reused some of the same jokes from the first movie and the plot seems to be the same idea. However, it still looks good to me. It rehashing the same jokes may end up backfiring when you see the movie in its entirety, but for the trailer it's not so bad. Hopefully, they'll release a second trailer in the next few months that will showcase some new jokes. But overall, I liked this trailer. 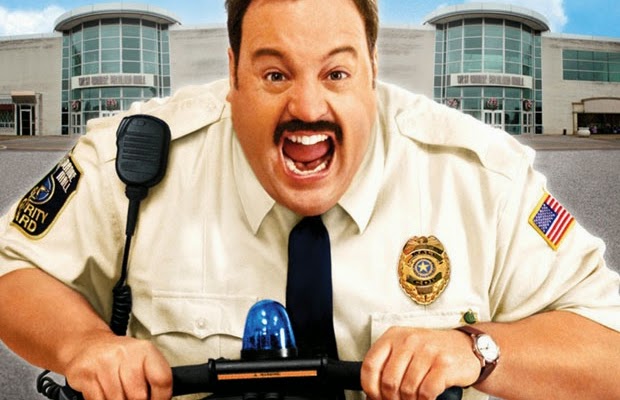