Al Pacino Has Met With Marvel for a Role 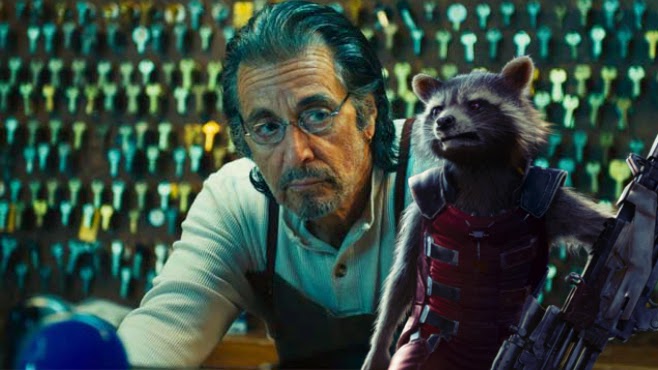 Back when Guardians of the Galaxy first came out, Al Pacino said that he had seen the film, loved it and wanted to be in a Marvel movie if he fit into the story. Since then nothing has been heard as to whether Marvel had followed up this offer, until now. Pacino confirmed that he had met with Marvel and discussed the possibility of being in a movie.

Before people start running headlines that Pacino is playing the new Red Skull or something, let's think about a similar scenario: Robert Redford. He is considered one of the greatest actors, and he was in this year's Captain America: The Winter Soldier. He wasn't a superhero or a supervillain, he was just in the movie. And I have a feeling that it will be the same situation with Pacino. He's not going to sign a 7 picture deal to play Nova, he's going to be in one movie with a supporting role. Marvel could completely twist it and do something unexpected, but for an actor like Pacino, don't expect anything more than a one movie appearance.

What do you think? Would you like to see Al Pacino in a Marvel movie? What role could he play? Leave your thoughts in the comments section below.