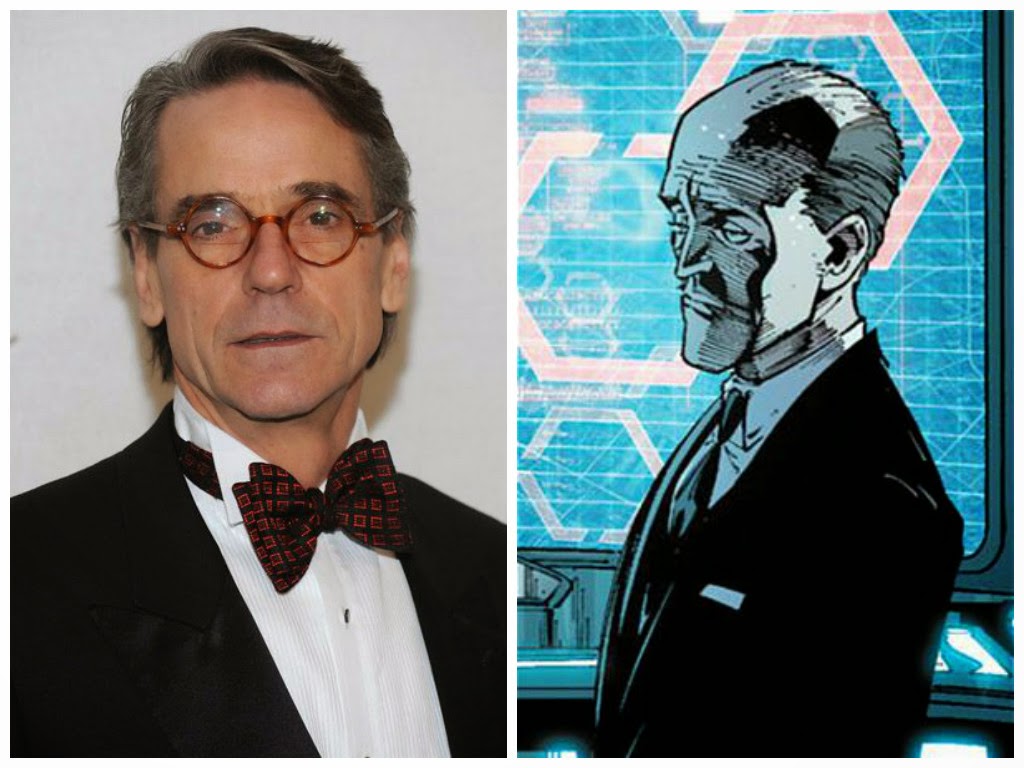 A while ago, we found out that Jeremy Irons will be playing Alfred in the upcoming Batman v. Superman: Dawn of Justice, as well as in this new DC Cinematic Universe. I had wanted him for the role for long before he was cast and was thrilled when it actually happened. However, we've never really known what kind of Alfred he would be playing. In the comics, there's two distinct versions of Alfred. One is the loyal and faithful servant (played brilliantly by Michael Caine in The Dark Knight Trilogy) and the other version is a badass, ex-military version we have yet to see. With the casting of Irons, I was hoping they would go with the latter. And from these, descriptions, it sounds as if that's the route they're going.

In an interview with Indiewire, Irons was asked about his character in Dawn of Justice, to which he replied:

“Oh he’ll be quite different. He has an interesting history. He’s a very competent man. He’s the sort of man I think anyone would like to be married to. He can sort of do everything: change light bulbs, blow up bridges if he has to.”

I am very excited to see what director Zack Snyder does with Alfred. It really does sound like he is going to be a badass, which is something we have yet to see. And after such a fantastic performance by Michael Caine, they really do need to differentiate this Alfred from the previous. And this sounds like the way to go.

What do you think? Are you looking forward to Jeremy Irons' performance as Alfred? Are you excited for Batman v. Superman: Dawn of Justice? Leave your thoughts in the comments section
below.