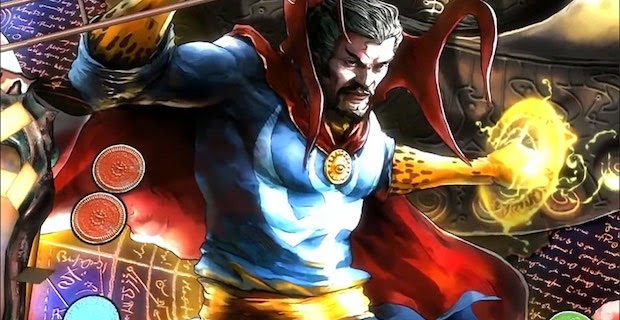 One of the biggest speculations to date has been who will play Doctor Strange. The film was recently announced for a November, 2016 release date with no mention as to who will play the lead. Names have been going around for the longest time, ranging from Jared Leto to Tom Hardy, with Joaquin Phoenix in final negotiations before he backed out. One name, though, has been persistently rumored to be in negotiaitions for the movie, and now he has been cast. While announcing the casting, Kevin Feige said this:


“Stephen Strange’s story requires an actor capable of great depth and sincerity… In 2016, Benedict will show audiences what makes Doctor Strange such a unique and compelling character.”

I have been advocating Cumberbatch for this role for the longest time. Ever since the initial rumor so many months ago, saying that Hardy and Cumberbatch were being looked at by Marvel, I have maintained that Cumberbatch was perfect for the role. He fit the physical criteria for the role: he's tall and slender. He has a memorable, deep voice that would fantastic for casting spells. He also has the fan base that a practically unknown property by the wide audience really needs. And even though Phoenix is a great actor, I was upset during that entire thing that he was getting the role. Because I wanted Cumerbatch. Then Phoenix dropped out and I had hope again. Then the role was in limbo for so long that I was getting nervous that maybe Cumberbatch wouldn't get it. Then, it was finally confirmed today which makes me feel relieved. This is a perfect casting, and I can't wait to see the film.

What do you think? Are you looking forward to see Benedict Cumberbatch play Doctor Strange? Are you excited for the film? Leave your thoughts in the comments section below.