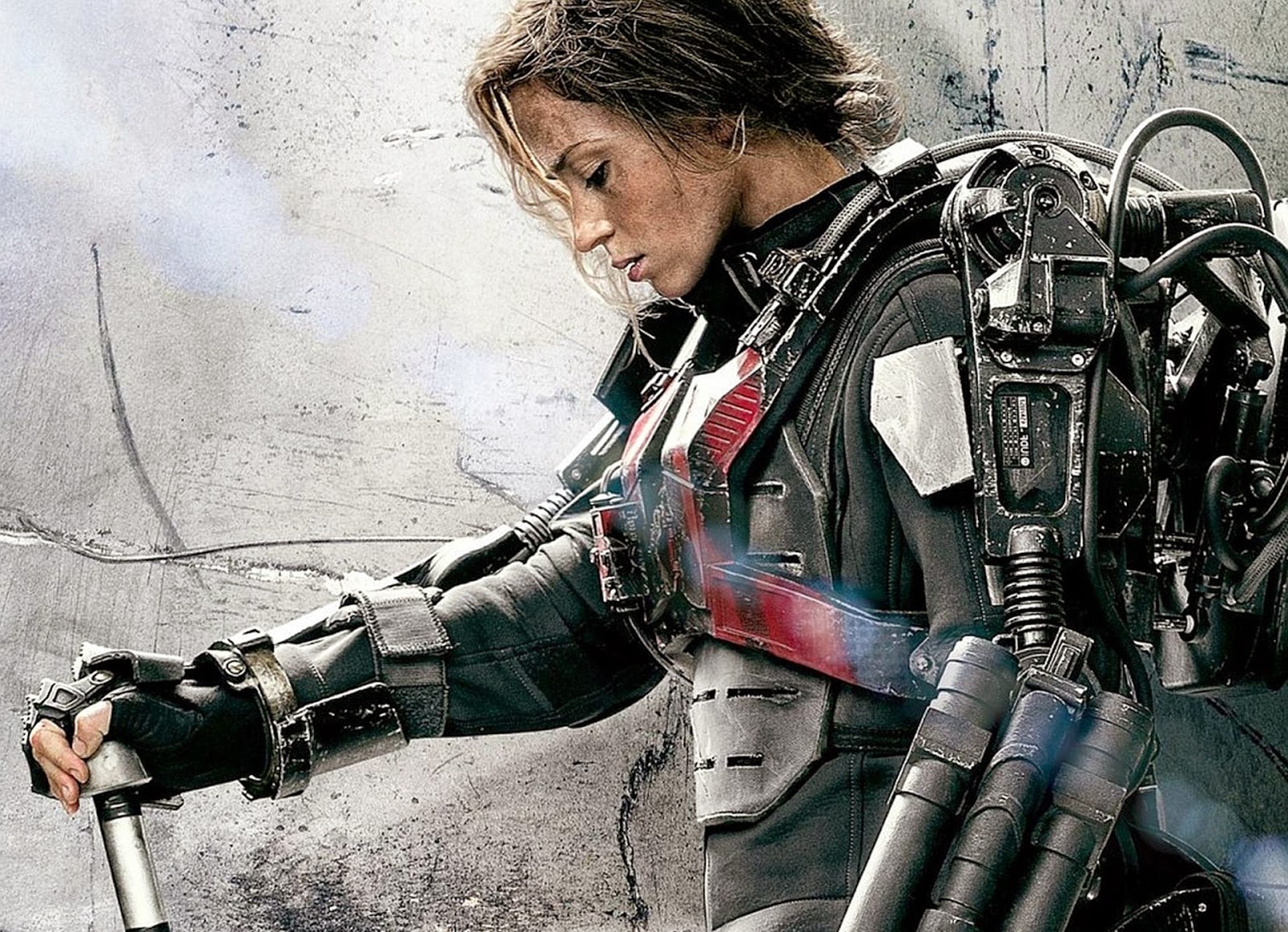 Edge of Tomorrow was one of the biggest surprises of 2014. The trailers made it look to be a really bad, science fiction film, but it actually turned out to be a fun, action movie. It made my top ten of the year (you can read that article here). One of the best parts of it was Emily Blunt. She was a kick-ass heroine that wasn't subject to being a sex object in the movie (granted that one reference, but you know what I mean). She was fantastic in this movie, and right now, she's the number one pick for being in a superhero movie.

“Yeah, but it was never the right time, really, and it just didn’t work out scheduling-wise with those two. It’s always a difficult thing to talk about, because it’s not fair to the actresses who ended up playing them, you know? It just wasn’t the right time.”

I think Johansson is fantastic as Black Widow and while Blunt could have been fantastic in the role, I really like it the way it is right now. And while Atwell is good as Peggy Carter, I don't care for the role really, it and isn't a prominent one in the Marvel Cinematic Universe. Frankly, Blunt would be best in the recently confirmed Captain Marvel movie, and a lot of other fans agree, since she has been fan-cast in the role for a while.

When asked about her possibly playing the character, Blunt responded:

“Oh! No one’s offered me that officially, so it’s … [laughs] very unofficial. I think it’s fan-casting, which is always very nice. But nothing official has been offered, for sure."

Later in the interview, Blunt sounded as if she was interested in the role, but an actor expressing interest means nothing, really. However, it could mean something in this case, as Marvel has tried repeatedly to get Blunt in one of their movies. If she's actually open to it, and she's not busy come 2018, maybe it could work out. I hope so, because I really like Blunt as an actress, and as an action star. She would be fantastic not just as a superhero, for for Captain Marvel in particular.

What do you think? Do you like Emily Blunt's comments? Would she have been a good Black Widow or Peggy Carter? Would she be good as Captain Marvel? Leave your thoughts in the comments section below.