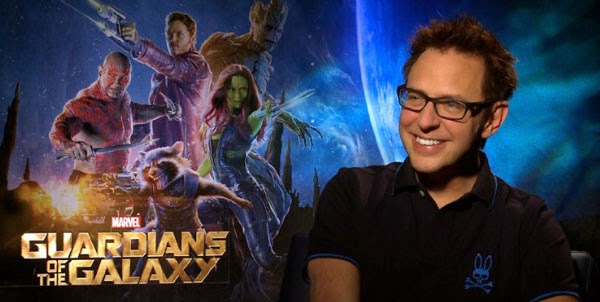 Saying Guardians of the Galaxy was a success is an understatement. It took comic book characters that even the die-hard nerds didn't even know and made them into the year's highest grossing film domestically and second highest grossing world wide. It took Chris Pratt, who had only been a supporting actor before and took a chance on him as the lead. They made a movie with a talking raccoon and a walking tree. Marvel was taking big chances when they decided to make Guardians, and everyone doubted them. So did I. I was extremely skeptical when I first heard it. But the more news I heard and the more footage I saw the more confident I grew. And Marvel didn't just make a good movie... they knocked it out of the park! I've ranted about the risk with Guardians before and how it paid off. You can read our review here.

Now, in preparation for the film's Blu-ray release, director James Gunn talked a little bit about his reaction to the movie's massive and rather unexpected success.

“I think my biggest surprise was just how much they latched on to nearly everything. My surprise was how much they liked the humor in the movie. How much they liked the visuals. How much they got the visuals. How they saw what they were. How they were different from other movies that were coming out. There were a lot of things in the movie that people would probably enjoy, but I didn’t know that people would get it in such a specific way, that they would understand the movie so incredibly well. That was a great joy for me seeing that. And it definitely influences me.”

What's so great about these quotes is that it isn't a proud creator pretending to be humble, it's a proud director that's shocked that other people share his love. Gunn is as surprised as any of us that Guardians has become the cultural phenomena that it is. And it humanizes him a lot. Sometimes these Hollywood people can be really unrelatable, but Gunn's comments shows that he is. He's just as shocked and just as excited as the rest of us, and I think he couldn't have said it better. 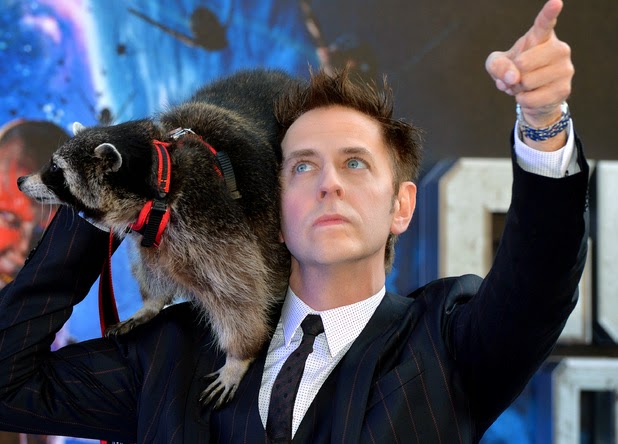 Gunn also went on to say a bit about what we can expect from the sequel:

“Really, it’s just about walking forward in an elegant manner. When you go forward with a group of characters… you’re understanding these characters in a new way, you’re developing a new kind of story about their lives and who they are and where they’re going. And if you’re doing that, if you’re walking forward, then you can’t just repeat what you did before. That’s going backwards. That’s not understanding the character.”

Gunn's comments explain something I've been thinking about for a while. The Guardians started out as criminals who had to unite to be heroes. I've wondered whether they would just continue the story with them as heroes, or go back to their darker pasts. And it seems they will be doing the latter, which is what I hoped for. I'm excited to see what will the Guardians are capable of, as Gunn puts it. We'll have to see.

What do you think? Do you like Gunn's comments? Did you like Guardians of the Galaxy? Are you looking forward to the sequel? Leave your thoughts in the comments section below.