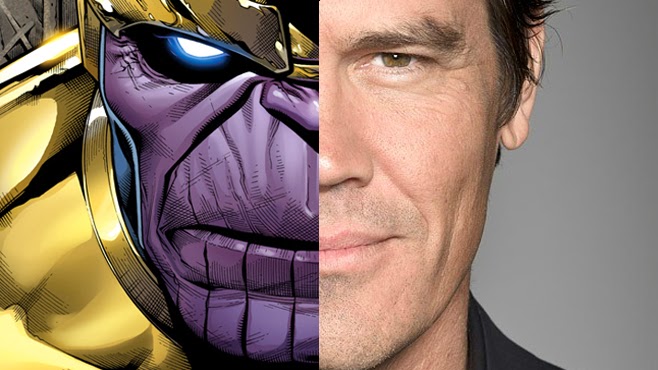 In actuality, it wasn't too long ago that Josh Brolin was cast to play the over-arching villain of the Marvel Cinematic Universe, Thanos. You can read our article about it from May here. The character had previously appeared in the mid-credits of 2012's The Avengers (not played by Brolin) and then had a much more prominent role in this year's Guardians of the Galaxy (read our review here). There, Brolin played the villain and really set up key aspects about the character that will play out later as the story of Thanos and the Infinity Gauntlet progresses over the next several Marvel movies. 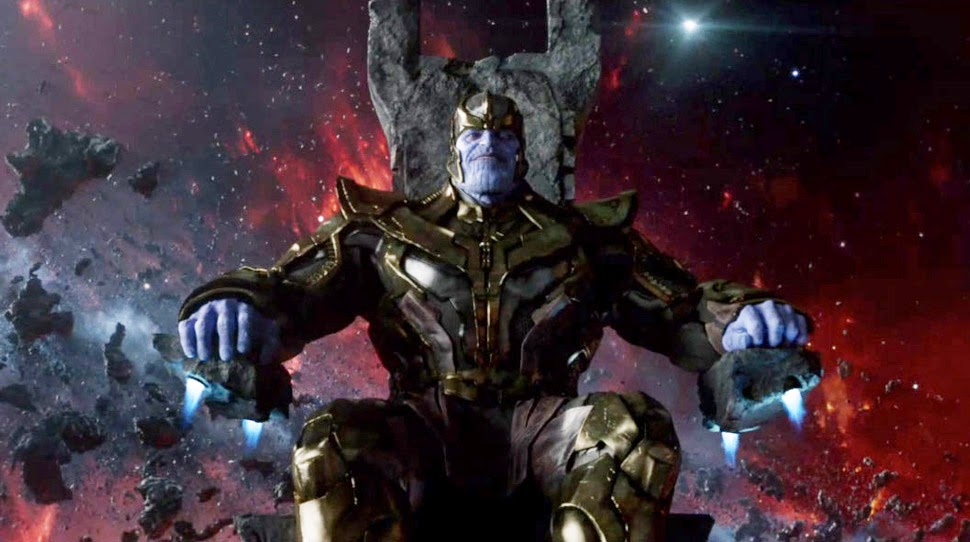 Thanos in Guardians of the Galaxy

Then, the news came out during the Marvel Event a couple months ago (read our article here), where the announced that the story of Thanos will be two parts: Avengers: Infinity War Part 1 in May of 2018 and Part 2 in May of 2019. With the focus of Marvel's future currently on their next release, Avengers: Age of Ultron, we have yet to hear any real information about what Infinity War may hold in store for us.

Now, Brolin himself talked a bit about Thanos in Infinity War:

“I love the idea of Thanos... ultimately, it's Thanos against everyone. Why wouldn't you do that?"

The idea of all of Marvel's heroes pitted against one villain, Thanos, has been something fans have been wanting to see on the big screen for a while. And personally, it's what I've thought they were going to do all along. Once Thanos gather all of the Infinity Stones and has the completed Gauntlet, all hell is going to break loose, and that is when Marvel's entire roster is going to be needed. It's the direction I've thought they would be going in for a while, but it's good to hear Brolin actually say it.

Brolin also went on to talk a bit about he got the role as Thanos:

"Thanos came along because of my good friend Louis D"Esposito. He and I used to train together. We did Hollow Man together. He called me up and started talking about this thing. I was nice because I could intimately talk to him about it. What I liked. What I didn't like about the whole idea of it... it was really exciting because of the possibilities that it could become. Not as an idea as a blockbuster, but just as something different. It's a character mentality."

While there's not much to say as to how he actually got the role, it's good that he's so excited to play the character. We all know we're excited to see this villain on screen and hopefully Brolin can give us the brilliant performance I suspect he's going to give us.

What do you think? Are you looking forward to see Josh Brolin play Thanos? Are you excited for Avengers: Infinity War? Leave your thoughts in the comments section below.