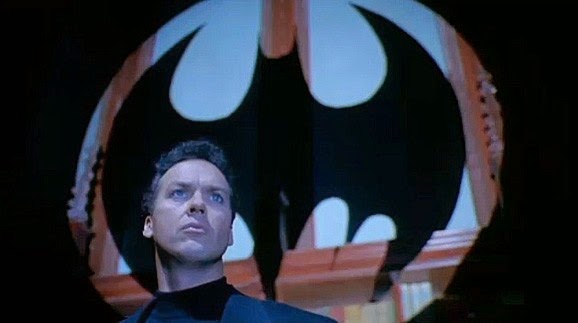 Before Cinematic Universes and Heath Ledger's Joker and even before Marvel, there was Batman. Sure, before that was the Christopher Reeves Superman, but comic book movies weren't dark and gritty until Tim Burton made Batman. He took Michael Keaton and Jack Nicholson and made a movie that would inspire comic book movies for years to come (unfortunately, one of those movies was Batman & Robin). I'll put it out there before I go any further: I sincerely appreciate what Batman did for the comic book movie genre, but The Dark Knight Trilogy are my Batman movies. They're for my generation and when you go Nolan, it's hard to go back. So when I saw Batman, I didn't find it as good. Probably because I'm spoiled with comic book movies now. So while I don't care for watching the movie itself, I wholly appreciate what it did for the genre, because without it, there would be no X-Men or Spider-Man or The Dark Knight.

With the release of his new film, Birdman, Michael Keaton has been doing a lot of talking about his work on Batman and Batman Returns. Back in October, he talked about how he was still very proud of the film (read that article here), and now he's saying it again. In an interview with ShortList, the actor said this about the legacy of the films:

"Tim changed, or started, everything. And I’m proud of the choice I made, in terms of how to play Batman. It’s probably easier now because Tim paved the way, and if I did anything to pave the way, I’m proud of that, too."

"You can step into it more easily now, is my guess. Technically, [superhero movies] do everything for you. They create a world where all you’ve basically got to do is show up, not f*ck it up too much and you’ll come off OK."

I agree with what Keaton says about modern day superhero movies to an extent. It is a lot easier to make a comic book today than it was back then, but I don't think it's as simple as he says. Making a good superhero movie is hard, it's not easy. If it was easy, The Amazing Spider-Man 2 might have actually been good. But the fact that it is hard is what makes having one year contain Captain America: The Winter Soldier, X-Men: Days of Future Past and Guardians of the Galaxy so special. So yes, times have changed from when the future of comic book movies were on his and Burton's shoulders when they made Batman, but it isn't as easy as he's making it out to be. 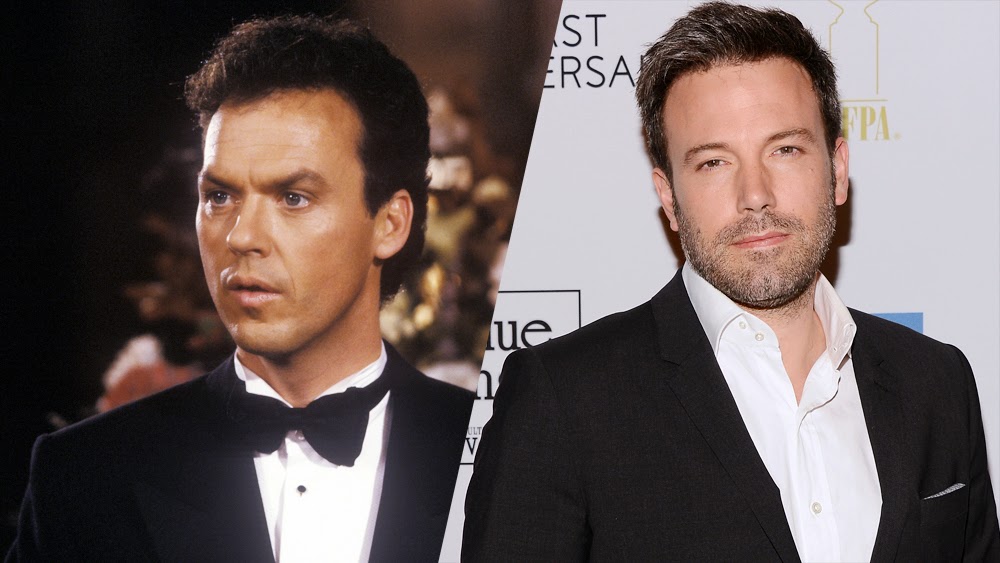 Keaton was also asked about his thoughts on the Ben Affleck casting of Batman in the new DC Cinematic Universe, and whether he was jealous. Previous Batman Christian Bale had said he was jealous when he heard the news at first. To this question, Keaton responded:

No. Do you know why? Because I’m Batman. I’m very secure in that.

Simply through text it's hard to interpret what Keaton meant by this. Whether he meant it to be funny or if he was saying it pompously. I interpreted it more as the latter. To me, no single actor inhibits Batman. There are some I'd like to forget as Batman (looking right at you Clooney), but no single actor will entirely be Batman. He's one of those characters that will (and has already) go through many different iterations on screen, with a lot of different portrayals by a lot of different actors. And for Keaton to say that he is the definitive Batman is arrogant. Keaton's Batman may have made comic book movies cool, but Christian Bale's Batman made Batman cool again. And showed that comic book movies can be some of the best movies ever made. Bale has as much right to say he's the definitive Batman as Keaton does. So I find it distasteful of Keaton to say this. It's like Sean Connery coming out to say that he's the only true James Bond. Maybe I'm reading Keaton's words wrong, but that's the way it came across to me.

What do you think? Do you like Michael Keaton's comments? Did you like the original Batman? Leave your thoughts in the comments section below.