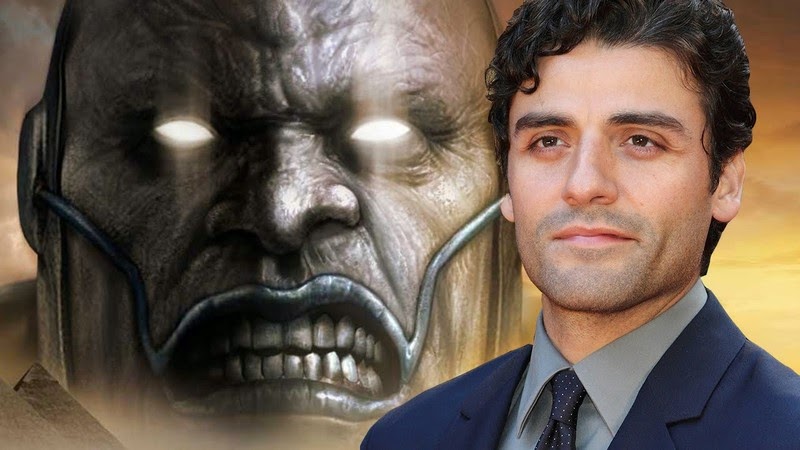 It was just announced last month that actor Oscar Isaac will be playing the titular villain in X-Men: Apocalypse (read our article about it here). The actor has been getting a lot of attention recently between that announcement and the release of the trailer for his next film, Star Wars: The Force Awakens (check out our article on the trailer here). But since the announcement of his casting in the next X-Men film, Isaac has yet to say anything about it, until now. In an interview with IGN, Isaac talked a little bit about what we can expect from the famous X-Men villain in the movie:

“Just as (director Bryan Singer)’s done with the other films, I think he seeks to find something a little more interesting than the archetypal aspects of the characters, which work really well in print, but for a film I think you want to see a bit more of the — for lack of a better word – humanity in (Apocalypse); because ultimately this is a story about humans.”

“It’s just different symbols for different things that we feel. So with this character I am incredibly interested in the challenge of finding someone that’s psychologically interesting and compelling, and actually the spiritual aspects of the character… For me, that’s what I’m interested in, in any character that I do. It’s a meditation on ‘What’s their engine? What’s their spirit?’ Whether that’s about Llewyn Davis or Apocalypse, there’s an aspect of ‘What is it that makes them run? What’s their spirit like?’ That’s what I’m interested in finding out about that character.”

I find Isaac's comments very interesting. He's right that we can't just have an entirely evil villain because that's not what would make Apocalypse interesting. What would make him interesting would be his complexities and the "humanity" that Isaac mentioned. What separates a decent villain from a great villain is that three dimensional development of the character. You can have a villain be menacing and terrifying but that villain will be ineffective if it is only one dimensional. If you look at the better comic book villains, they're not black and white; they're grey. Magneto is a conflicted villain because while he can be ruthless and merciless, he is also compassionate and cares about Charles Xavier. Loki can be the most diabolical person you have ever met but at the same time he still loves his brother Thor. These great villains all have different aspects about them that make them unique, and I'm glad that Isaac brought that up as an important thing to focus on for Apocalypse. I think Apocalypse has a real chance at being one of the best comic book villains we have seen and these comments by Isaac are reassuring that they can capture that.

What do you think? Do you like Oscar Isaac's comments? Are you looking forward to X-Men: Apocalypse? Leave your thoughts in the comments section below.