President Obama Weighs in on Sony Pulling The Interview

The whole Sony hack incident has been a heavily talked about subject for some time now. Just a couple days ago, Sony pulled the release of the Seth Rogen and James Franco comedy The Interview as a result of terrorist threats against the movie, which focuses on the assassination attempt of North Korean leader Kim Jung Un (read that article here). Since then, several celebrities have shared their thoughts on Sony pulling the movie, thinking it is wrong and against our Constitutional right to freedom of speech, while others saw it as the right decision to avoid any kind of casualties. Now, the President of the United States, Barack Obama, has shared this thoughts on the matter. 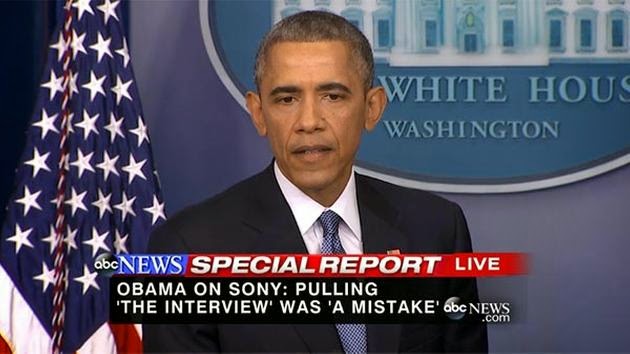 This is what President Obama had to say:

"Because if somebody is able to intimidate folks out of releasing a satirical movie, imagine what they start doing when they see a documentary that they don't like, or a news report that they don't like- or even worse, image if producers and distributors and others start engaging in self-censorship because they don't want to offend the sensibilities of somebody whose sensibilities probably need to be offended. That's not who we are. That's not what America is about."

I agree with him to an extent. America has freedom of speech, and he raises a very good point that if Sony gives in now, other countries may try to restrict us in other ways. But think about this: What if North Korea or another country made a movie about the assassination of President Obama? We would be outraged. We would be very upset with that country. Now, would be hack them like this? No, but I think some people would see it as a movement towards war. And I don't think Sony not releasing this film necessarily means other countries will try to censor what we say. It's not like there was a movie that said a bad thing about a country and they didn't want it released. The movie was about killing North Korea's leader. I think the country had every right to be upset but, like I said, threatening us with "9/11 level" attacks is a completely different story. 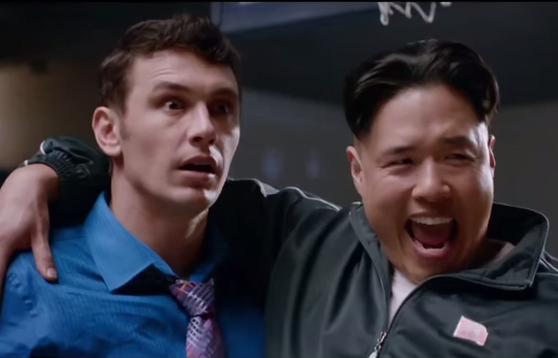 "Sony is a corporation. It suffered significant damage, threats against some employees. I am sympathetic to the concerns they faced. Having said that, yet I think they made a mistake"

"I wish they'd spoken to me first. I would have told them, 'Do not get into a pattern in which you're intimidated by these kinds of criminal attacks'"

"(The hackers) caused a lot of damage and we will respond. We will respond proportionally, and we'll respond in a place and time and manner that we choose. It's not something that I will announce here today at a press conference."

I don't really agree. If movie theaters showing the film and moviegoers who see it are being threatened, you don't show the movie. It's just a damn movie! Is it ridiculous that it even came to this? Yes, but that doesn't mean you risk people's lives to make a point. What if Sony didn't pull the movie and people actually died? I said this before in previous articles and I'll say it again. Sony made the right decision. There was a possibility that people would be killed over this movie and they had a way to prevent that. And they did. No one has to worry about going to the movies. This decision did make us give in to terrorist demands, but it saved lives that potentially could have been taken. And I think this decision was the best thing Sony could have done, even if people are upset with them because of it.

What do you think? Did Sony make the right decision? Do you agree with President Obama's comments? Leave your thoughts in the comments section below.