Sam Raimi Reflects on the Failure of Spider-Man 3 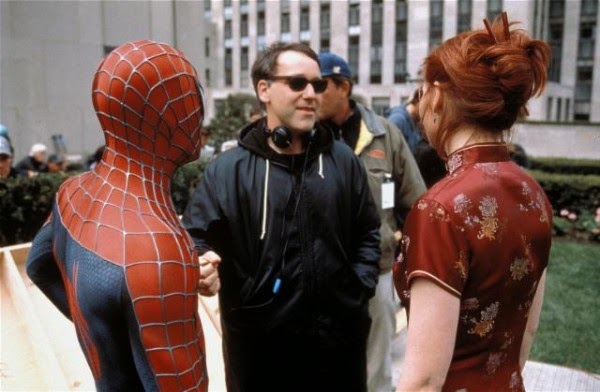 I've said many times how much I love the Sam Raimi Spider-Man movies. To me, they really encompass the main elements that make Spider-Man who he is. The struggle between being the hero and being a normal human being. Sure, they have some problems like any movie, but I love them, especially Spider-Man 2. However, the third is a different story. Now, I don't think it's the worthless piece of crap a lot of people think it is. There are enjoyable parts, and parts that work. It's just that a lot of it doesn't. It suffers from a lot of the same mistakes that the recent The Amazing Spider-Man 2 made... it's not that it had too many villains, it's just that they didn't develop them all the way it should have. They tried to stuff too much into it, and it ultimately collapsed. And no matter how bad the dance scene is, it is at legendary status! For a long time we have heard bits and pieces about the failure of Spider-Man 3. Now let's be clear: the film did not fail commercially. It came close to making $900 million at the box office. It was the critical and fan failure that led to it being rebooted in 2012. So for some time he have heard tidbits from Raimi and Spider-Man star Toby Maguire about what went wrong with the third outing, but now we have some more information from the director himself, Sam Raimi.

In a recent interview, Raimi reflected on the failure of Spider-Man 3.

It’s a movie that just didn’t work very well. I tried to make it work, but I didn’t really believe in all the characters, so that couldn’t be hidden from people who loved Spider-Man. If the director doesn’t love something, it’s wrong of them to make it when so many other people love it. I think [raising the stakes after Spider-Man 2] was the thinking going into it, and I think that’s what doomed us. I should’ve just stuck with the characters and the relationships and progressed them to the next step and not tried to top the bar …

I agree with a lot of what Raimi says. Spider-Man 3 did try to go too big with the (rushed) introduction of Venom, the lack of development for the new characters, such as Gwen Stacy and Eddie Brock as well as falling short of the furthered arcs of Peter, Mary Jane and others. A movie needs to raise the stakes, but not at the cost of the story. And ultimately, that's where Spider-Man 3 failed, was that it went for spectacle over story. I think that's exact same mistake The Amazing Spider-Man 2 made, which is very unfortunate, since you would think Sony would learn from making the mistake once already. However, Spider-Man 3 is much better of a film that The Amazing Spider-Man 2 in my eyes, as there are some redeeming qualities to Spider-Man 3. I still rather would have seen a continuation of the Raimi movies rather than a reboot, but what happened happened and all we can do is go forward with these new films (unless if they try to reboot it again).

What do you think? Do you like Sam Raimi's comments? Did you like Spider-Man 3? Do you agree with its problems? Leave your thoughts in the comments section below.