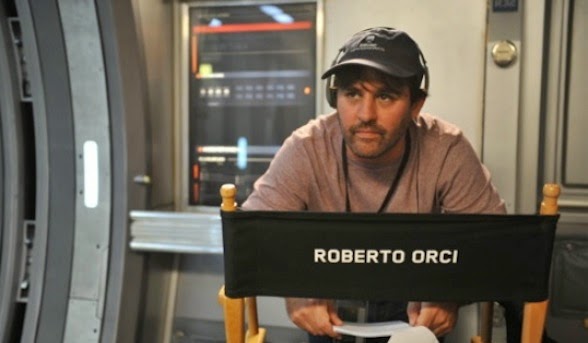 Ever since J.J. Abrams, director of the first two reboot Star Trek films, signed on to direct Star Wars: The Force Awakens, it was known that someone new would have to helm the third installment. For a while it was up in the air about who would actually direct the movie, with several names rumored. Then, Roberto Orci, who wrote the first two films, was confirmed to be the director, despite never having directed anything before. I was indifferent to the announcement. Directorial debuts become harder when the project is such a big budget film, but Orci had been close to the franchise for a while and had been at Abrams side for a while, who is a fantastic director. I was willing to give him a shot.

However, now Orci has left Star Trek 3 as its director. According to Deadline, Orci will be stepping down at the director of the film but remain a producer on the project. No reason has been given yet. As I said before, I was indifferent about him being the director, so I'm the same about his leaving. What I'm more worried about is the 2016 release date they had for the movie. If they just lost their director and, if some rumors are to be true, have scrapped the entire story, then there's no real way they can make it. Who knows at this point. Paramount can hopefully figure things out and get through this.

What do you think? Are you upset that Roberto Orci is stepping down as the director? Are you glad? Are you looking forward to Star Trek 3? Leave your thoughts in the comments section below.