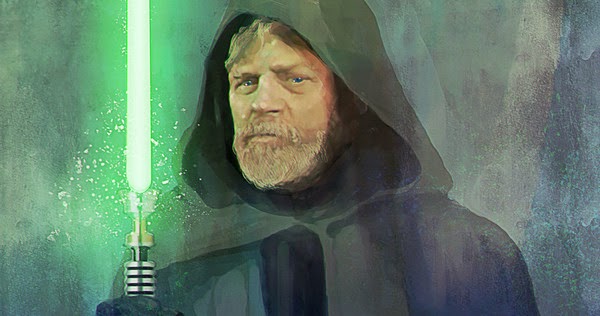 It seems like we have been reporting on every little detail about Star Wars: The Force Awakens. When the trailer first came out, we broke it down and analysed it (read that here) and then everything to come out about the film we've reported. Now, we have even more news about it. Luke Skywalker himself, Mark Hamill, spoke out about his thoughts on the trailer. Here's what he had to say:


“I’ll tell you, the most moving aspect of them releasing that trailer was watching [a video] of other people watching it. My daughter put it on for me. It was all these people watching the trailer. Sometimes you get sort of isolated and disconnected because I don’t really follow it as closely as, say, [my son] Nathan does, but to see those people that thrilled, it was moving to me.”

“I’m one of those people that… I like being surprised. I don’t want to read spoilers and I hate it when I go see a trailer and you see this thing and you go, ‘Gee, that’s pretty much the whole movie.’”

Most people will notice that the original cast (Luke, Han Solo, Leia, Chewbaka) were absent from the trailer, which highlighted the new editions to the universe. So it's interesting to see Hamill's thoughts on the trailer when he's not in it. And what Hamill brings up is true about most actors. When they see a trailer for their movie, even if it's 88 seconds like The Force Awakens teaser, they already know the entire story. So when they see these trailers, it feels the entire movie has been revealed, when in actuality, it hasn't. It's just cool to see Hamill's thoughts on the trailer.

What do you think? Do you like Hamill's comments? Did you see the trailer for Star Wars: The Force Awakens? Are you looking forward to the movie? Leave your thoughts in the comments section below.