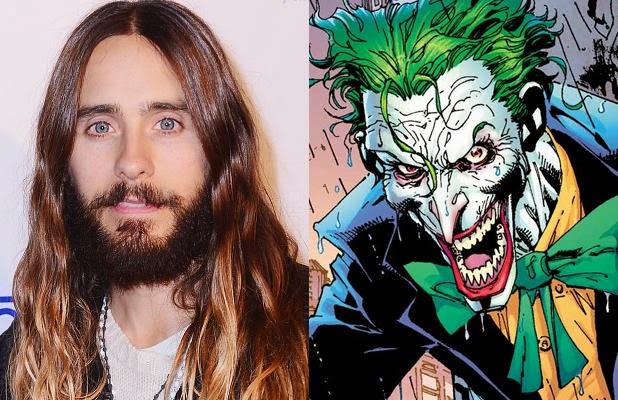 At this point, pretty much every actor has been rumored, as one point or another, to be involved in the new DC Cinematic Universe. And it makes sense. With this new universe rising up, anyone could be involved. We know that the next release after Batman v. Superman: Dawn of Justice will be Suicide Squad. While no one has been officially confirmed for the 2016 movie yet, everyone has been rumored. From Ryan Gosling to Tom Hardy to Margot Robbie, Suicide Squad has had great talent rumored to be in it.

A little while ago, one of those talents was Jared Leto. The Academy Award-winning actor was said to play the Joker in the movie. Since the initial rumor, not much news has come out, so it kind of passed as just being a rumor. But Leto himself was recently asked about the role, to which he said:

“You know, there's a film called Fight Club, my friend. And you know what the first rule is, don't know?"


The first rule is "Don't talk about Fight Club", so he's basically saying he can't talk about the film or the role. And for those of you who didn't know, Leto was in Fight Club. The quote does make it seem like something is happening behind the scenes. Maybe he's in negotiations? Maybe he signed and they want to wait for the announcement? Maybe he's throwing us a red herring?

The role of the Joker has had a lot of drama surrounding his involvement going forward in this new universe. In Christopher Nolan's The Dark Knight, the Joker was played by the late Heath Ledger, who won a posthumous Oscar for the role. While it was inevitable that someone would play the character again, many thought it was "disrespectful" for anyone to play the role for a while. I did agree, to an extent. If a new Joker showed up a year or two after Ledger, then I would have thought it wrong. But by the time Suicide Squad comes out (if Joker is even in it), it would have been eight years since The Dark Knight came out. That's fine by me.

So let's look at the possibility of Leto playing the role. It's hard, because the Joker is such a specific character. You can't have any actor in that role. That being said, Leto could definately do it. He's know for being able to do the really weird and transformative roles. He played a transsexual as his Oscar-winning role in Dallas Buyers Club. I think he could definately do it and would be good as the Joker. 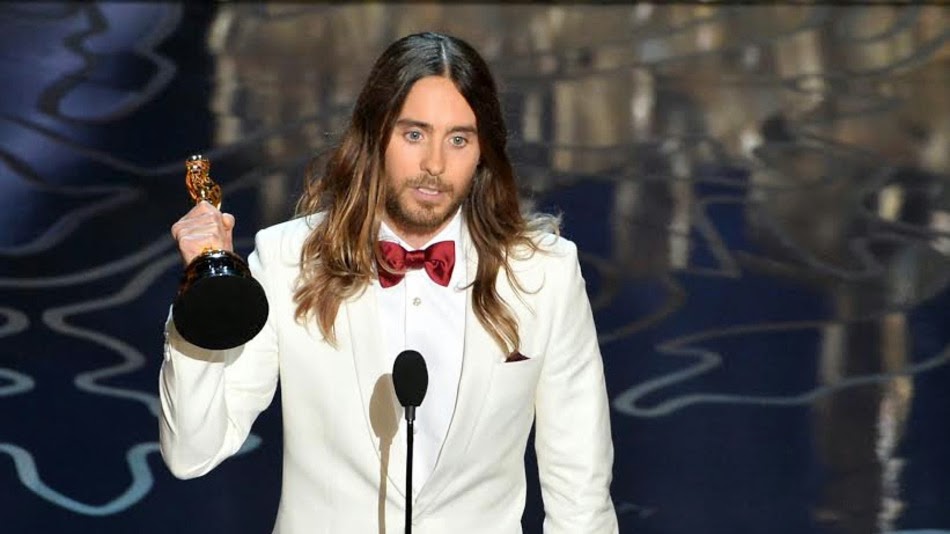 Leto upon winning his Oscar

I just have a hard time believing he would commit to the role. Leto has been known to carefully pick and choose his roles. He doesn't do a lot of movies. He's the lead singer in a band, so he's already really busy. I find it hard to believe that he would sign on for, say, a nine picture deal when he takes so much time between movies. He could very well decide he wants to do it and that solves that problem, but as it stands now, that's my one hesitation on the actuality of this scenario.

What do you think? Would Jared Leto be a good Joker? Are you looking forward to Suicide Squad? Leave your thoughts in the comments section below.