The Interview Makes $15 Million From Online; $2.8 Million in Theaters 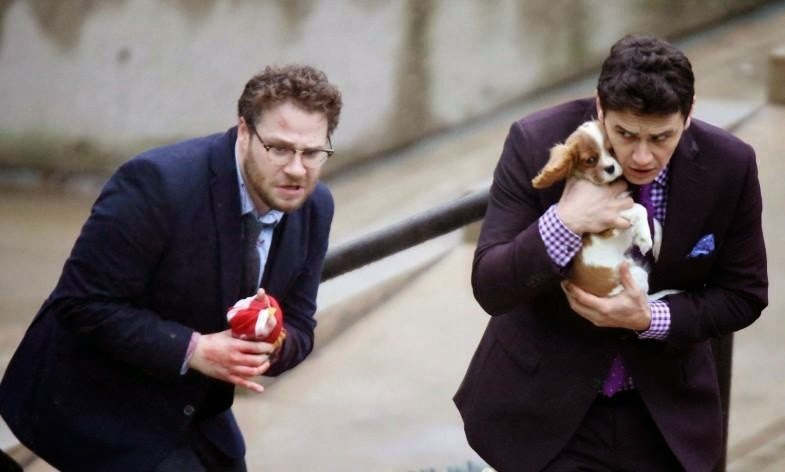 Probably one of the most memorable things from 2014 will be the controversy behind the release of The Interview. If you haven't been keeping up, the Seth Rogen/James Franco comedy was about trying to assassinate the leader of North Korea, Kim Jung Un. The country became angered and said the release of the movie would be a "declaration of war". But Sony proceeded with the release. Then, about a month away from the movie's release, the company was hacked by the "Guardians of Peace", releasing priceless information online. They also said that if Sony were to release The Interview, "9/11 style" attacks will be brought against any movie theater that showed the film. Sony then left the option up to theaters if they wanted to show the film or not. Many backed out, leading to Sony cancelling the Christmas release of the movie altogether. After their decision, a lot of people publicly expressed that they thought Sony made a bad decision, including President Barack Obama. Sony then put the movie in select theaters as well as online for people to rent and buy, available Christmas Day. And now that we're all caught up, let's take a look at the latest on The Interview story.

The Interview was in select theaters starting Christmas Day. In 331 theaters in the United States, the film made roughly $2.8 million dollars. Then, through online rentals and sales, it made about $15 million. This may not be the numbers the film would've made if it had been released as planned, but due to the fact that it couldn't be released in its original medium, these are fantastic numbers. What will be interesting now is to see how North Korea reacts, since they were adamant about the film's release at all.

What do you think? Are you glad Sony released The Interview anyways? Do you like these numbers? Leave your thoughts in the comments section below.