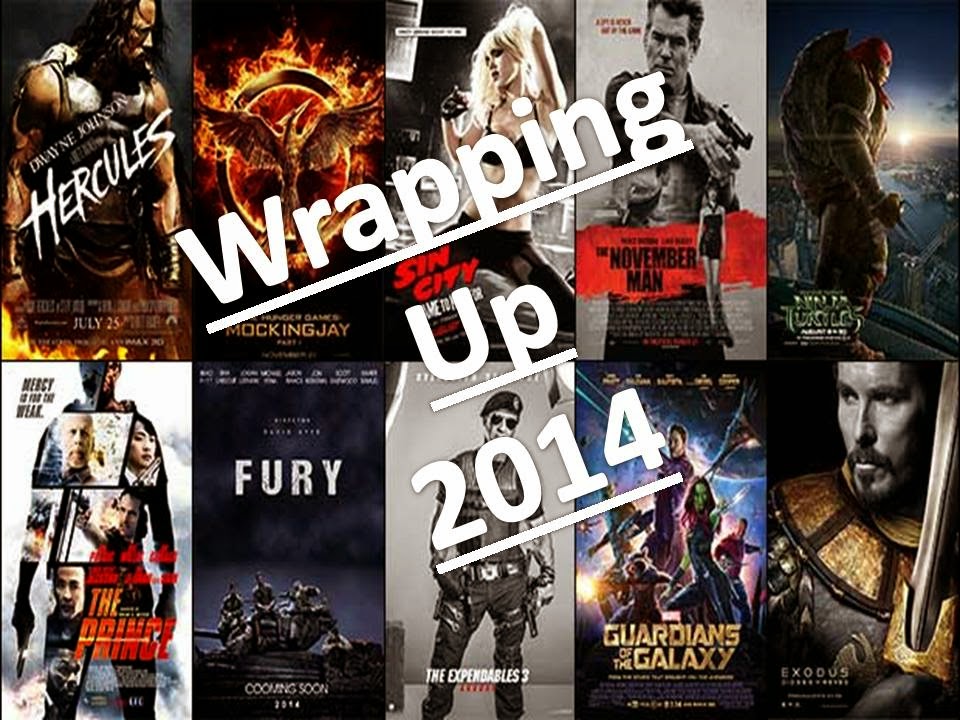 In this article, we will be looking ahead to my Most Anticipated Films of 2015. 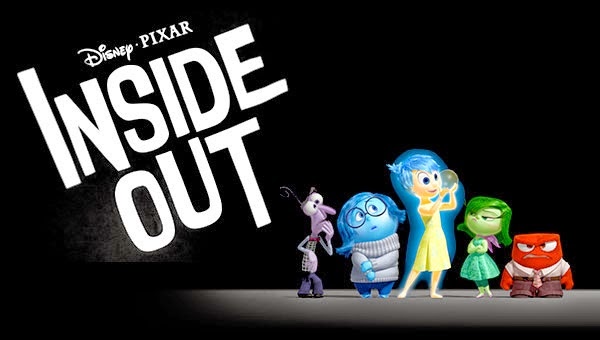 Pixar hasn't been on its A-game as of late, but that may change with Inside Out. The film has a star-filled cast including Amy Poehler, Lewis Black and Bill Hader as well as a very interesting premise about the five emotions in people's heads that, in essence, controls who they are and what they do. Pixar has made brilliant movies in the past, and from everything I've heard, Inside Out could very well become their greatest movie yet. 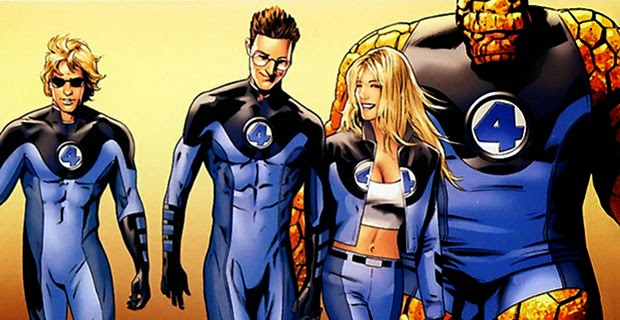 There has been a lot of controversy surrounding the movie about race, changes from the source material and age, but I am still very much looking forward to this movie. I really like the comic books as well as the characters, so I know they have a lot of rich history to mine. Plus, they have a great cast with Miles Teller, Kate Mara, Michael B. Jordan, Jamie Bell and Toby Kebbell. While there have been some questionable things that have come out of the film, I think Fox has a chance to redeem themselves after the other two Fantastic Four movies, especially with the writer behind the great X-Men: First Class. Here's hoping it all works out! 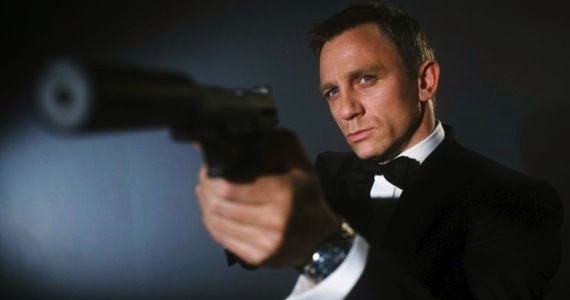 I've never been a huge James Bond fan. However, I am really looking forward to Spectre. The cast is great with Daniel Craig returning as Bond with Christoph Waltz as the villain and Dave Bautista as a henchman. The name and that first poster made it sound really intriguing and we are in an era of really good Bond films. Hopefully this can build upon the success of Skyfall. 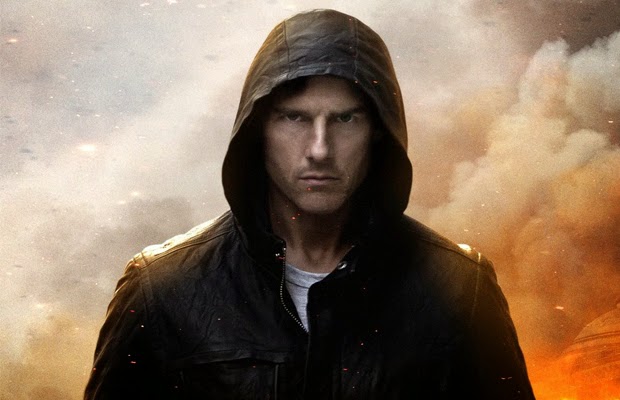 While we know nothing about this movie, not even a name, I am still really excited for it. I loved Mission Impossible: Ghost Protocol. It was a refreshing, fun, action spy thriller. Jeremy Renner was a great addition to the cast, and now we get to see all those stars return, including Simon Pegg, Ving Rhames, Paula Patton and of course, Tom Cruise, with some new cast members like Alec Baldwin and Sean Harris. If this film can do what Ghost Protocol did right, then I'm on board. 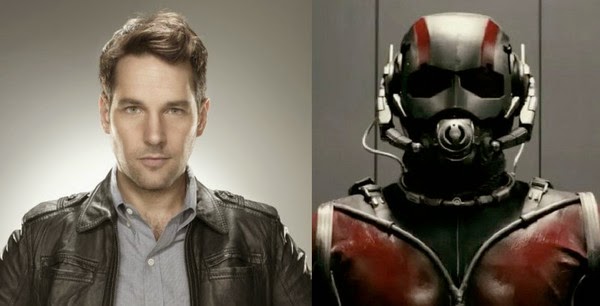 Ant-Man has had a lot of ups and downs with Edgar Wright's departure and a clash of vision over the film, but now it's back on track and ready to come out. The movie sees Paul Rudd as Scott Lang/Ant-Man with Michael Douglas as Hank Pym and Evangeline Lily as the Wasp. The cast is great and while the idea sounds ridiculous at first, so did Guardians of the Galaxy and look what Marvel was able to do with that! Marvel has earned more than the benefit of the doubt and I think this movie is going to be awesome! 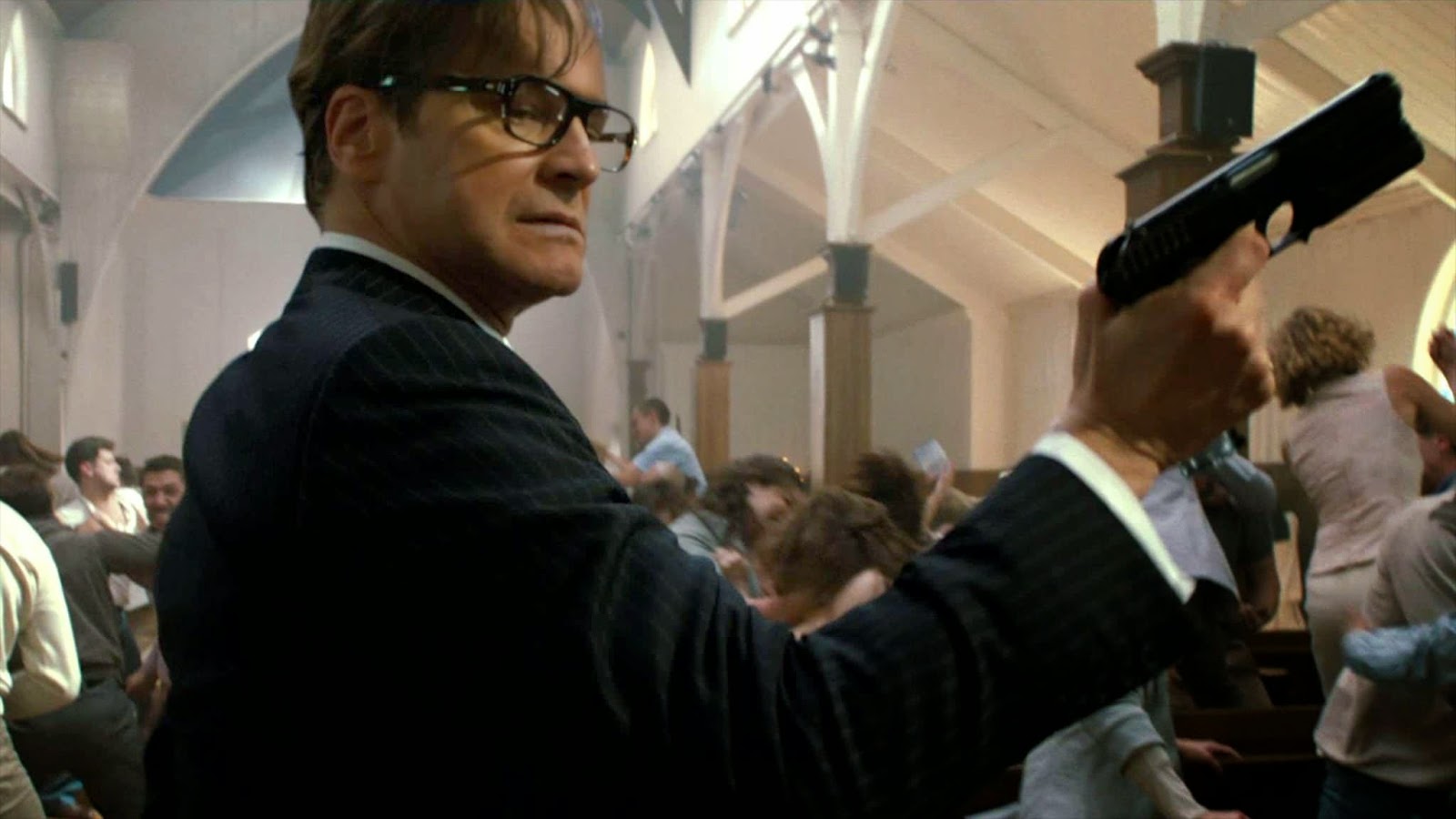 This film caught my eye a while ago and I've been looking forward to it ever since. It's based on a Mark Millar comic and has Matthew Vaughn as it's director. He knows how to do good action and the trailer have been evident of that. It also has pretty much every actor you think of, with Colin Firth, Samuel L. Jackson, Michael Caine and Mark Strong. This movie could end up being terrible, but I am really looking forward to it. 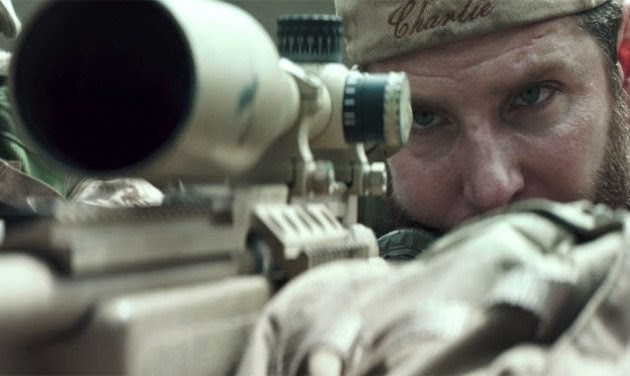 While this film technically came out on Christmas Day of 2014, that was only for limited release. The full release isn't until January of 2015, so for me, it counts for this list. Bradley Cooper is one of my favorite actors working right now and it looks as it he's going to be awesome in this. Both trailers have been fantastic and it's being directed by Clint Eastwood. Everything is pointing to this being a great movie! 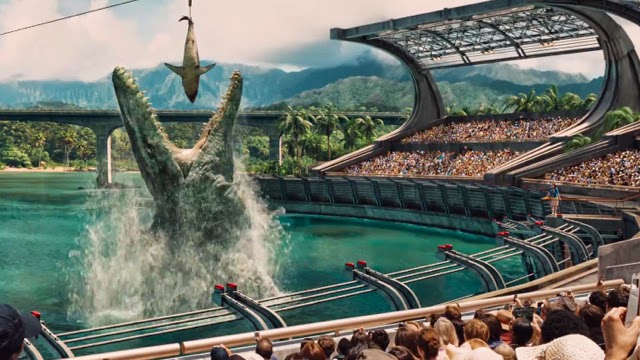 Before we saw our first trailer for this film, I would not have put it nearly this high on the list for most anticipated. However, the trailer blew me away. The visuals look great and the premise sounds like a new interpretation of the franchise. Plus Chris Pratt is one of my favorite actors right now and he's just coming off the success of Guardians of the Galaxy. This looks like it's going to be a fun and thrilling ride!

I know many people are going to think it's blasphemy to not have this at number one, but it's not for me. The trailer did everything it was supposed to- it got me so freaking excited! With the new cast merging with the old and with a new vision and direction from J.J. Abrams, this looks like it's going to be one of 2015's best films. 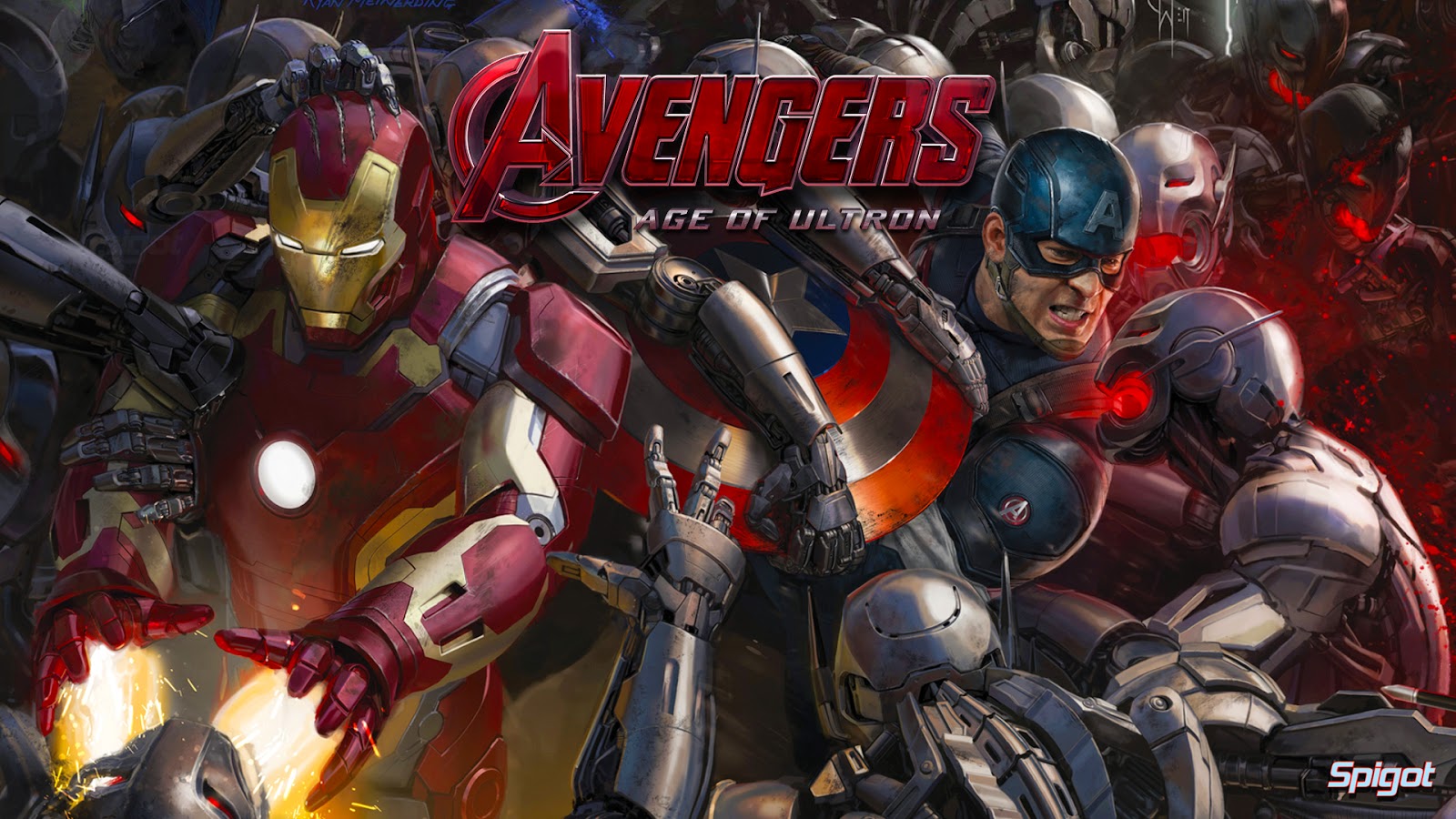 How could you not be excited for this movie? It's the sequel to (arguably) Marvel's best film and sees new talent jointing. Joss Whedon returns as the director and will have what could possibly the greatest Marvel villain to date with James Spader's Ultron. It's going to be big, epic, and it is my most anticipated movie of 2015.

These are the films that I'm looking forward to seeing, but didn't quite make the Top 10. 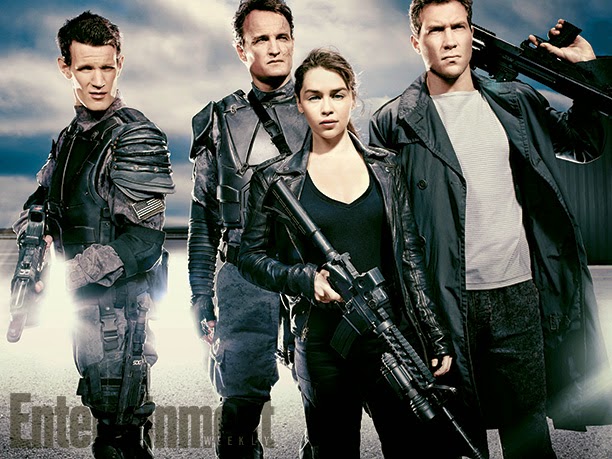 I've been mixed about this film. I have heard some good things about this film and some bad. And while I liked the trailer, it didn't blow me away. It could very well turn out to be a terrible CGI crapfest, but I'm still anticipating it, hoping it comes together to be a great film. 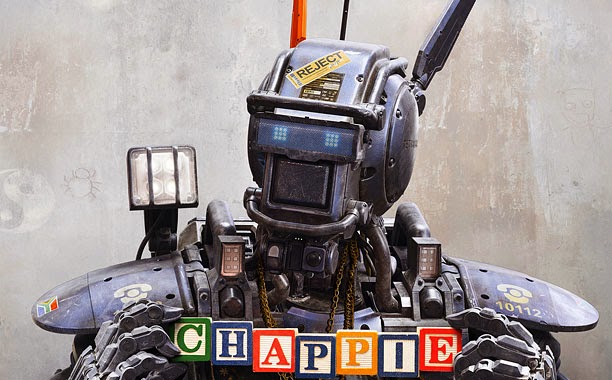 I love District 9. It was a great, inventive science fiction movie. If Neil Blomkamp can recapture what he did that movie (and avoid the mistakes he made in Elysium), then Chappie could be a great movie. However, the trailer wasn't spectacular. Hopefully a second trailer can ramp up my excitement for this movie.

Ridley Scott may be making a lot of misses as of late, but he's still the director who gave us Alien and Gladiator. Hopefully he can pull it together and make The Martian awesome. It has a great cast with Matt Damon and Jessica Chastain, as well as a great premise for a science fiction film. Hopefully, it can all work out and The Martian will be great.

There's my list of my Top 10 Most Anticipated Films of 2015. What do you think of my list? What are your most anticipated films of next year? Leave your list in the comments section below.