Batman v. Superman: Dawn of Justice will probably be one of the most important movies of 2016. Not only will it be the first time that the world's two most iconic comic book characters, Batman and Superman, are on screen in a live action film, but it will pretty much decide the fate of the ambitious upcoming DC Cinematic Universe. If Dawn of Justice fails, Warner Bros. is in serious trouble. But one of the key elements of the film that will make it or break it will be the actual fight between Batman and Superman. Fans have been waiting to see this for over twenty years, ever since their iconic fight in The Dark Knight Returns graphic novel. If this is messed up, people will NOT be happy.

It must be hard to have such pressure on you for a situation like this, and in a recent interview, Dawn of Justice's choreographer Guillermo Grispo talked about designing the fights in the movie. He said:

“Warner Bros., they are very strict, so I can’t say much, but it’s no surprise if I say Batman and Superman come face-to-face in the movie. It’s one of the most important sequences and I was actively involved in the design of the fight: the exchange of punches and the physical movement were put together with my partner Ryan Watson."

“There’s a thought that Batman has no chance, that the other [Superman] will squash him like a bug. But when you see the movie, and how it all comes out, there’s a very intelligent explanation as to why they would have a firsthand confrontation though it seems to be totally to Batman’s disadvantage.”

The advantage that Grispo is referring to is most likely Kryptonite, Superman's only weakness. In the comics, that was how Batman was able to beat Superman. However, Man of Steel didn't feature Kryptonite at all. I've always thought that that's how Batman would beat Superman. Unless if they make up a new weakness for Superman (which would be stupid), it has to be Kryptonite. 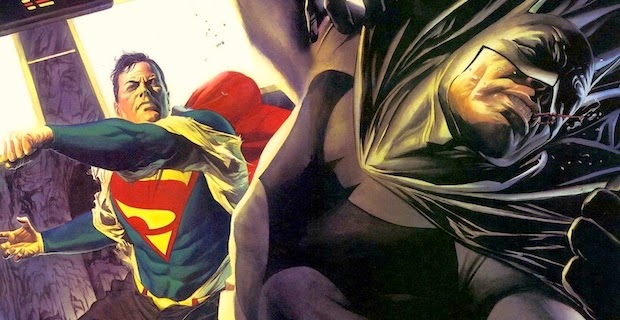 Grispo also went on to say:

“Now Batman is going to fight the way I’ve always dreamed seeing him fight… he’s a character so prepared in martial arts that you can do a lot of things with him, but filmmakers usually don’t go all the way with it. Even in the last Nolan movies the action scenes aren’t very good from a technical, martial arts point of view to things like choreography, filming, bad camera movements…"

“But hey, don’t get me wrong, Nolan is great, my hat’s off to him. He makes fascinating stories, but I think that he did not pay too much attention to the fights. Those are the kind of details that Zack, being so physical himself, loves preparing. I think there’s going to be a big difference when you see these Batman fights in comparison to the previous ones.”

I've professed my love for Christopher Nolan's The Dark Knight Trilogy countless times. I think they are brilliant films. I am going to disagree with Grispo about the action not being well done. Nolan's films focused more on the story and development of the characters than having fight scenes. And when he did have action scenes, they were there to enhance the story, not just for fun. They had purpose. And if you look back, a lot of the action scenes were really well directed and choreographed. The bank heist. The plane hijacking. Bane and Batman's fights. Batman's fights with Ra's al Ghul. These scenes weren't going for spectacle, they were there to serve the story.

And I think Dawn of Justice's fights naturally have to be different. They have to be on a different scale. Because a fight between Batman and Superman can't be grounded and gritty like in The Dark Knight. You have to go for spectacle. I disagree with Grispo comment about Nolan's films, but I do agree that these films have to have different types of action. So he may have watched those films looking for bigger action when the fact that it was smaller was the point all along.

What do you think? Do you like Guillermo Grispo's comments? Are you looking forward to Batman v. Superman: Dawn of Justice? Did you like the action in The Dark Knight Trilogy? Leave your thoughts in the comments section below.