January 13, 2015
(This is the Red Band trailer, so it has strong language. Watch at your own discretion)

Spy is being directed by Bridesmaids and The Heat director Paul Feig, which stars Melissa McCarthy as a CIA analyst who must go into the field when the other operatives are at risk. The film also stars Jason Statham, Jude Law, Rose Byrne and Morena Baccarin. The trailer for this movie was released today and now I have it on my radar. I hadn't heard of the film before today, but the premise sounds really funny. Every time Feig and McCarthy work together, they just make awesomely hilarious comedy. Bridesmaids was a fantastic movie. So the cast with this great premise has me hooked already. 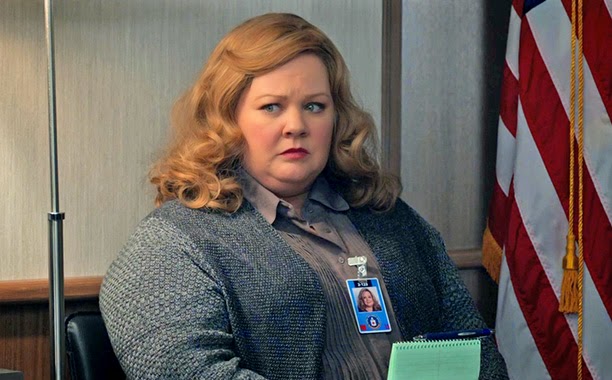 The trailer was funny, but it didn't make me laugh out loud (except for McCarthy's line at the very end). I have a feeling that this can be a really good movie but this trailer didn't exactly do it for me. I'm hoping that a second trailer really brings it and shines, because I want this movie to be good and not Tammy 2.

If you want to watch the Green Band trailer, you can see that below.

What do you think? Did you like the trailer? Are you looking forward to Spy? Leave your thoughts in the comments section below.