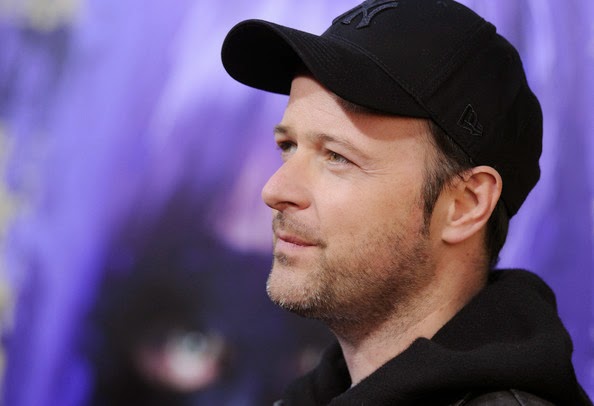 Matthew Vaughn is a director who has become known for a specific style- stylized action. All of his movies give the audience clear, perfectly choreographed (and no shaky-cam!) action that is enjoyable and fun to watch. While only having directed a handful of films, they have all been really good, well crafted films. That is why his upcoming Kingsman: The Secret Service was on my top 10 most anticipated movies of 2015 (read that article here). One of the films Vaughn has made was X-Men: First Class, which was my favorite X-Men film until 2014's X-Men: Days of Future Past. Vaughn isn't new to adapting comic books to film, and while some of his have been gritty and rated R, they have also been loose and fun. With this in mind, you can understand where his following comments are coming from. As his new film comes closer to release, Vaughn has begun talking. In an interview with SFX, Vaughn said this about modern superhero movies:

“People want fun and escapism at the moment. Look at the success of ‘Guardians of the Galaxy’. I think (The Dark Knight director, Christopher) Nolan kick-started a very dark, bleak style of superhero escapism, and I think people have had enough of it.”

I both agree and disagree with Vaughn on this. Let's forget the sub-genre of comic book movies for a second. I love fun movies. I love being able to go to the movies and have a good time. But I also love thought provoking, dark, edgier films. I love both types of films. Let's go back to comic book movies. Was Guardians of the Galaxy a dark, edgy movie? No, but it didn't need to be. It was fun, exciting and it was my favorite movie of last year. I love The Avengers. But even though I love sit back, relax and enjoy kinds of movies, I absolutely detest it when someone says a movie like the Christopher Nolan's Batman films or Man of Steel "takes itself too seriously for a comic book movie". I've heard it before many times. As much as I love the fun comic book movies, The Dark Knight is my favorite comic book film of all time. And it will take a hell of a lot to beat it. That move needed to be dark and edgy. It worked that way. We already got the Batman films that are all fun and games. And yes, superhero films went down the path of being dark and edgy after The Dark Knight, but some need to be like that and some don't. While many criticize Man of Steel of being too dark for a Superman movie, I think it worked fine for the universe they were setting up. Certain properties need that level of darkness and others need to be more lighthearted, and it seems we are getting a natural distinction with how Marvel and DC are separately setting up their cinematic universes.

I also disagree with Vaughn's statement that people have "had enough" of the dark superhero movie. I think that is inaccurate. I think it goes back to what I was saying before: superhero movies should be dark when they need to be dark. Guardians of the Galaxy worked because it was lighthearted and fun. If they had made that a dark and heavy film, it wouldn't have worked. In the same way, if The Dark Knight had been made as a lighthearted, fun film, it wouldn't have worked either. I don't think people are done with dark superhero films, they just want the right tone for the right film.

What do you think? Do you like Matthew Vaughn's statement? Do you agree with him? Are you looking forward to Kingsman: The Secret Service? Leave your thoughts in the comments section below.