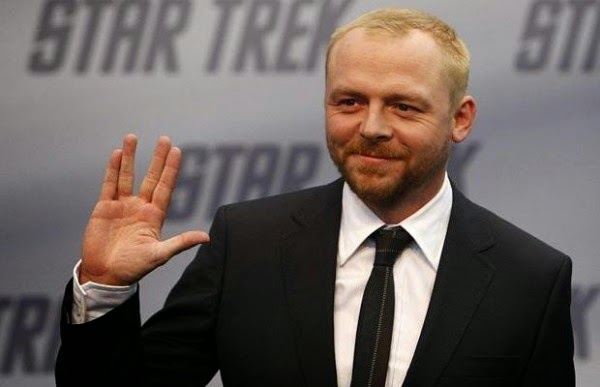 With the announcement that Roberto Orci was leaving Star Trek 3 as the film's writer and director, the state of the film went into question (read that article here). However, Paramount said they still plan to release the film in 2016 and have brought on Fast Five director Justin Lin to direct. But with Orci gone as the writer, the question has become who will write the film? Orci was instrumental to the writing of the first two, resurrecting the franchise and making it popular again. So who will write this film?

Deadline is reporting that Doug Jung will be writing the film along with Simon Pegg, who plays Scotty in the new Star Trek films.

The inclusion of Pegg is very interesting to me. He is probably best known for his comedy. The other Star Trek films have had comedy sprinkled throughout, but never as a central focus. With Pegg co-writing, could this mean that Star Trek 3 will have a lot more comedy in it? It's certainly possible. Comedy never really hurts a film, as long as it's used right. But too much comedy would hurt this film. As long as it still has science fiction/action as it's main focus with some good comedy to enhance it, I'm on board.

What do you think? Do you like the inclusion of Simon Pegg as a co-writer? Are you looking forward to Star Trek 3? Leave your thoughts in the comments section below.