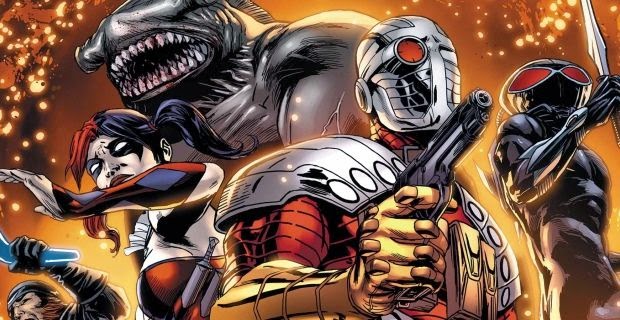 Just a couple months ago, it was confirmed that DC would be putting out a movie about the Suicide Squad, a team of killers and assassins who have to work together. The cast was soon released after, including Will Smith, Jai Courntey, Margot Robbie, Jared Leto, Cara Delvingne and Tom Hardy. This movie was all set to be released in 2016, just months after the highly anticipated Batman v. Superman: Dawn of Justice. However, now it seems that things are being changed up a little bit.

The Wrap is reporting that Hardy is being forced to leave the project because of scheduling issues and previous commitments. However, they are also reporting that Jake Gyllenhaal is next in line to replace Hardy.

While I am sad to see Hardy leave, I think Gyllenhaal is a good replacement. We don't really know the details of the character of Rick Flagg (Hardy's former role), but Gyllenhaal is talented beyond belief. I think he will be a great addition to an already outstanding cast, if this proves to be accurate.

What do you think? Are you sad to see Tom Hardy leave? Would Jake Gyllenhaal be good replacement? Are you looking forward to Suicide Squad? Leave your thoughts in the comments section below.