Food for Thought: How Does the Spider-Man Addition Impact the MCU?

In today's installment, we will talk about how the addition of Spider-Man to the Marvel Cinematic Universe will impact the films.

For those of you who don't know, Sony and Marvel Studios has made a deal where Spider-Man will be incorporated into the Marvel Cinematic Universe. For more details on the deal, read our initial article here. Now, Spider-Man will be able to pop into upcoming Marvel films and he will have his own movie in 2017. In this article, we are going to break down and analyze the deal Sony and Marvel made. Then we'll talk about how Spider-Man could best fit into the MCU. 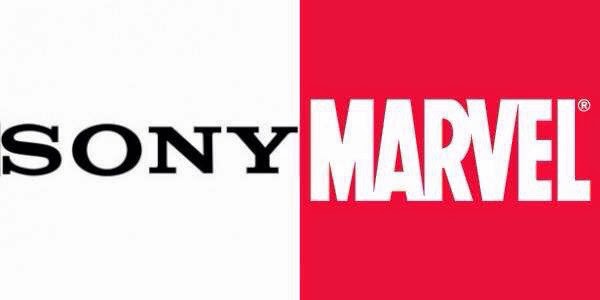 The official deal Sony and Marvel made allows Spider-Man to be in the Marvel Cinematic Universe films. Marvel will keep all revenue from those movies and have creative control. Sony will finance, distribute and have creative control over the stand-alone Spider-Man movies, and will also be able to keep the profits made. Kevin Feige will serve as a producer (and most likely a creative consultant) on the stand-alone films. Andrew Garfield is out and will be re-cast. They are looking to put Peter Parker/Spider-Man back in high school and not redo the origin story again. Apparently, Spider-Man will make an appearance before his own film. That leaves two options of where he could appear, but we'll get into that later. The press release said that Sony will have final creative control, but it has come into question how true that really is. One side says that Marvel would never let another studio control a piece of their overall puzzle, while the other side says that Sony will have control but will listen to Marvel and take their input. I don't know what it really means, but I don't think Marvel would let Sony do anything they want with the character. 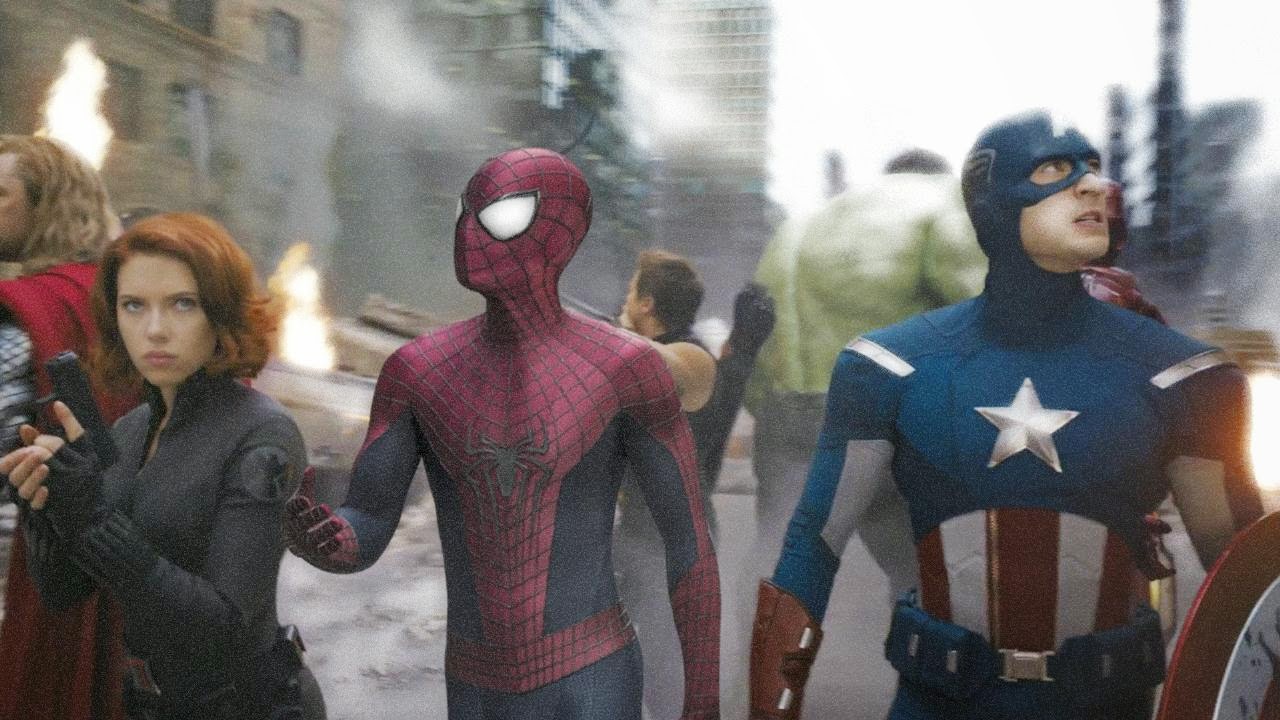 So how do you fit Spider-Man into the already established cinematic universe? I've got a couple ideas:

Start him out in Captain America: Civil War- By the time Civil War starts, we could see Spider-Man, a brand new superhero starting out in the world. He saw witnessed the battle of New York and has only been Spider-Man for like a year, taking down small time crooks in his neighborhood. But he gets wrapped up in the events of Civil War just jump-starts his association as a bigger hero. There would be no need for an origin story and you wouldn't have to explain where he ways during The Avengers or Avengers: Age of Ultron because he wouldn't have been Spider-Man then. He can then play his role in the movie that he does in the comics, the person who is in between sides.

Make 2017's Spider-Man his official start- Look, he may very well not be in any of the upcoming movies. He may have a post credits tease, but not a featured role. His stand-alone movie may be our first real look at the hero. As long as they avoid another origin story, they could go this route.

Post credits tease in Avengers: Age of Ultron?- A lot of people have been wondering when we'll first see Spider-Man. I think we will be in Civil War, but many people have wondered if he may be in the post credits of this May's Avengers: Age of Ultron. It really depends when this deal was made, because they'll have to cast the new Spider-Man, design the suit film it in time. If this deal with Sony was made three months ago and they already have their new Spider-Man, then I think its possible. If I had to bet money that we'd see Spider-Man himself in the post credits, then I would say no. They could just have a red blur swing across New York or a robbery and the crook gets webbed. That would be more likely.

What Spider-Man's involvement means is that it introduces the idea of secret identities. None of the current heroes really have one. Everyone knows Tony Stark is Iron Man. Everyone knows Steve Rogers is Captain America. Spider-Man will be a hero who doesn't want people to know who he is to protect the people he loves, and that could be a very interesting aspect added to the cinematic universe. Maybe some of the new heroes, like Doctor Strange, Black Panther and Captain Marvel, will keep their identities secret too. It's something that I think could be very interesting for the movies to explore.

I think Spider-Man could be a very street-level hero for the Marvel Cinematic Universe. The new Netflix series, which include Daredevil, Jessica Jones, Luke Cage and more, have all been described as street-level crime fighters, who deal more with drug lords than they do with aliens. Spider-Man could be the same way for the movies, in which you don't need to keep upping the ante to have him fight alien invasions and such, but he can spend a movie fighting Hammerhead and Silvermane. His film's don't need to be super high budget, because you can ground him a little more. Plus, I think they could emphasize the idea of a self-made hero. Tony Stark has billions of dollars to create the Iron Man suit. Captain America is made through S.H.I.E.L.D. What Spider-Man can do is show a kid who gains powers and decides to make himself a hero, to take down the crime that one of the Avengers may overlook, like a carjacker or a mugger. With Uncle Ben dying at the hand at some hood on the street, Peter could see that while the Avengers can stop the Chitauri from decimating the city, but they don't go out of their way to take down the person who stole a woman's purse or robbed a convenience store. Spider-Man has his own unique morals as to what's important crime and his views and experience could be very influential on how the other Avengers look at how they do things. 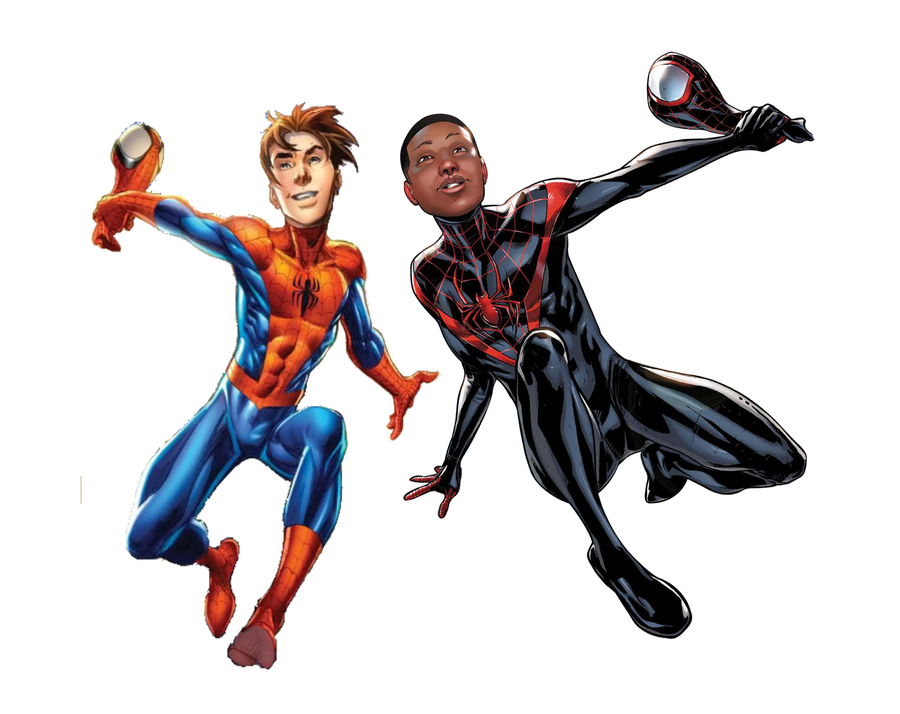 Another issue I wanted to bring up was the idea of making this new Spider-Man be Miles Morales. Marvel already have confirmed that it would be Peter Parker in these new movies, but I wanted to touch on the debate regardless, because I have some strong opinions. You absolutely, truly go with Peter Parker. Look, Spider-Man was created in 1962. For 53 years, people have known, read and experienced Spider-Man as Peter Parker. You have over five decades worth of development of the character, villains, story lines so on and so forth. For me, growing up, Spider-Man was my hero. He really was. Not only did I love Spider-Man, but I associated with the story of Peter Parker. A high school nerd who is picked on by everybody else but gains powers and becomes a superhero, but is selfish which leads to his uncle's death and now he must protect those who cannot protect themselves but he can't tell people who he is to save the ones he loves. That is the story I know and I love. Peter Parker is such a rich character and everybody knows who he is. Miles Morales has only been around for what, a year? Maybe two. No one outside of the comic book background knows who he is or his story. This has nothing to do with race. You can cast a black or Hispanic or Chinese Peter Parker. My objection is to changing Spider-Man from Peter Parker to someone else, regardless of race. Peter Parker is my Spider-Man, and the same goes for a lot of other people. Most people, actually. I get the reason why people was Miles Morales as Spider-Man, because they want to expand racial diversity. But you need Peter Parker. You can change Peter's race, but don't switch him out. Everybody associates him as Spider-Man, people outside of the comic book world know who Peter Parker is (and they don't know who Miles Morales is) and the story of Peter is the story of Spider-Man. It's quintessential that it be Peter or else it's not Spider-Man. Marvel has already said they are going with Peter Parker and ultimately, they made the smartest and best choice. Whether Peter will be white or black or another nationality is still up in the air, and I don't think they'll change it, but I'd definitely be open to it if they did. 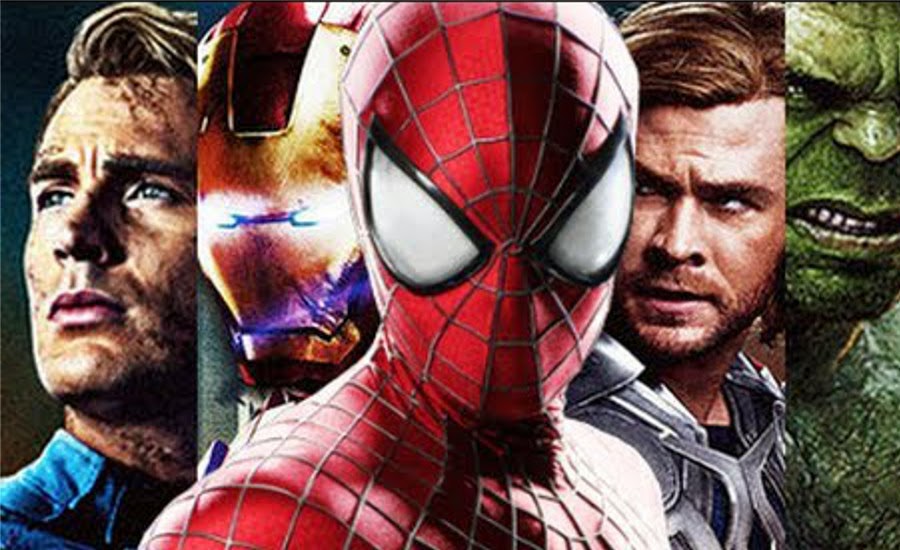 What do you think? Are you glad Spider-Man is joining the Marvel Cinematic Universe? What do you think of the terms of the deal? How could Spidey fit into the current films? Where will he pop up first? Are you glad they are sticking with Peter Parker, or did you want Miles Morales? Leave your thoughts in the comments section below