Sorry I haven't posted anything for a while. I've had a hell of a week. But enough of that. Let's talk Furious 7. I have said before that I haven't watched anything from this franchise before. However, I am really looking forward to this movie. I plan to do a marathon to get caught up before this film comes out. I would say that action is my favorite genre of movies. Sometimes I like a dark, gritty action movie that has a serious plot and is thought-provoking, and other times I like to just shut off my brain and enjoy a good action movie. Furious 7 seems to be the latter. It has a great cast with Vin Diesel, Dwayne Johnson, the late Paul Walker with Jason Statham as the villain. This looks like it's going to be really exciting. The fight between Statham and the Rock looks fantastically choreographed and the shots don't look like they involve shaky-cam, as so many action films nowadays have liked to incorporate. I like to see what's going on in a fight and I think Furious 7 is going to give us that.

Will this movie have an Oscar-worthy script? No, but what seems to drive (ha, get it?) this franchise is it's over-the-top, ridiculous but fun action, and Furious 7 will capitalize on that as well. However, I do like the plot for this movie. I revenge thriller with the heroes being hunted by the villain sounds like a good plot for the film. I'm not saying anything about the dialogue or what actually happens in the story, but I think the basic idea is solid. The actions sequences they highlighted in the trailer look very well done and I still love the scene at the end of the trailer with the car crashing through the buildings, which was shown during the film's Super Bowl spot (read about that here).

Overall, I think this will be a fun popcorn movie and I'm excited to see it. This was a great trailer. 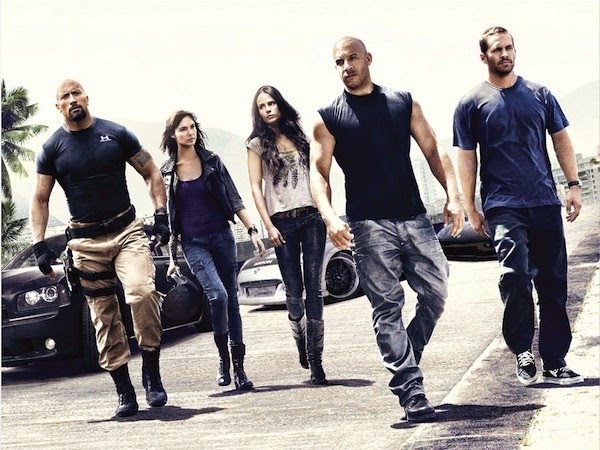 What do you think? Did you like the trailer? Are you looking forward to Furious 7? Do you like the franchise? Leave your thoughts in the comments section below.