Will Patrick Stewart be in Wolverine 3? 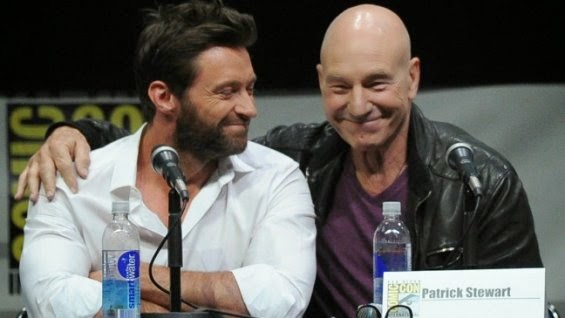 For a while now, we have heard about the possibility of a third stand-alone Wolverine film, after the less than mediocre outing of 2009's X-Men Origins: Wolverine and the improvement but not great sequel in 2013's The Wolverine. We have heard that star Hugh Jackman wants to do another stand-alone as a way to officially wrap up his career as the superhero. We know he will most likely be in next year's X-Men: Apocalypse, but after that, a third Wolverine film may be his last time putting on the claws.

Similarly, Patrick Stewart came out a couple weeks ago to say he and Ian McKellen would not be returning for Apocalypse, making it sound as if they were done with the X-Men franchise (you can read that article here). However, Stewart recently spoke again on the matter, saying this:

“Yes, I understand that it seems to be very unlikely that I will be in the next "X-Men" movie, which is almost getting ready to start shooting in Montreal."

"But Magneto, Ian McKellen, is certainly going to be in it. And what I'm very excited about is that we have been talking about a Wolverine movie, which would team Hugh Jackman and myself together. Wolverine and Professor Xavier. That would be a very different sort of "X-Men" from the four movies that I've already done."

Now, this isn't an exact conformation on anything, but the comment about McKellen being in Apocalypse is very trusting. I think there's a 90% chance that happens. Now let's go to the next part. Stewart says they have been talking about putting Professor Xavier in the third Wolverine and having it be them team up. I think that sounds like an awesome premise for the film. A really central element of the original X-Men movies is the relationship between Professor Xavier and Wolverine. A mentor trying to teach a lost man. By X-Men: Days of Future Past, we see Wolverine becoming a mentor to young Charles (James McAvoy) and with the timeline reset, I think a movie focused around their relationship would be fascinating. It would definitely add a element to the stand-alone Wolverine movies and potentially send Hugh Jackman and Patrick Stewart off on a high note.

What do you think? Would you like to see Patrick Stewart teamed up with Wolverine in a third stand-alone film? What could the premise be? Will we see Stewart or Ian McKellen in X-Men: Apocalypse? Leave your thoughts in the comments section below.