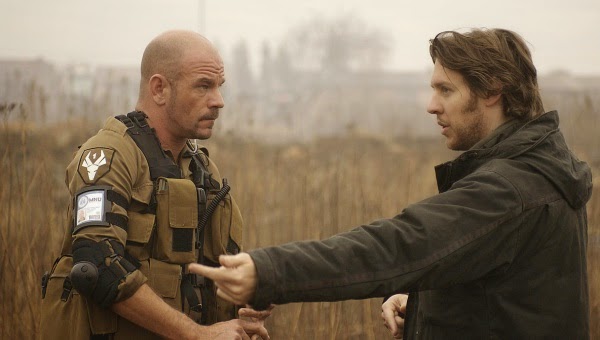 With all the news about director Neill Blomkamp taking over the Alien franchise (read our latest article about that here), it's easy to lose sight that his third outing is coming out next week. Yes, Blomkamp's Chappie debuts March 6th, and for a lot of people (including me), this film will cement the level of our excitement for his involvement in Alien. I am already looking forward to his interpretation and I have faith in it, but a lot of other people have to won over. Because right now, Blomkamp had a 50/50 track record. He made District 9, which was an unbelievable movie! It was nominated for Best Picture. It took the sci-fi genre and added new dimensions to it and made a really cool and unique film. Then, Blomkamp made Elysium which I liked, but it was a major step back from District 9. He's 1 and 1 right now, so it can go either way. If Chappie is great (which I'm really thinking it will be), then my excitement for his Alien film raises even more. If Chappie is crap, then I'm going to be a bit nervous.

What makes this a little bit more reassuring is that Blomkamp realizes the mistakes he made with Elysium. While promoting his new film, the director was asked about his last movie. He was asked whether he blames Hollywood for how it turned out, he responded:

“No, any frustration I feel with ‘Elysium’ is with myself. I think I’m lucky, at least for this phase of my career, I’m lucky in the sense that I don’t feel a lot of pressures I think other directors feel. I don’t have ‘District 9′ be successful and then have ‘Elysium be not successful and then beat myself up over it because of how the audience perceives them."

” ‘So, let’s say you make ‘District 9′ and it does well. So, now, a normal director is like, “Sh*t, I’ve got this pressure because this last film did well and I hope this one lives up to it.’ I don’t have that. It definitely doesn’t bother me. The thing that bothers me is if I feel like I f*cked it up.” 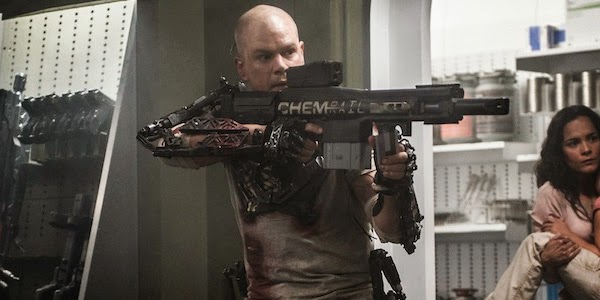 He was then asked if he felt like he f*cked up Elysium. Blomkamp responded:

“A little bit. [...] I feel like, ultimately, the story is not the right story. I still think the satirical idea of a ring, filled with rich people, hovering above the impoverished Earth, is an awesome idea. I love it so much, I almost want to go back and do it correctly. But I just think the script wasn’t… I just didn’t make a good enough film is ultimately what it is. I feel like I executed all of the stuff that could be executed, like costume and set design and special effects very well. But, ultimately, it was all resting on a somewhat not totally formed skeletal system, so the script just wasn’t there; the story wasn’t fully there.”

On when he really realized this movie wasn't coming out the way he wanted it to, Blomkamp said:

“I don’t really remember. I think, on some level, you probably innately know. The problem with me is I get so caught up in concepts and ideas. Like I just said, the ring is so cool. The satirical idea of a diamond encrusted ring above, like, slums is such a satirically cool idea – I’m not like a normal person in the sense that I have to have a story for something to be interesting. Concepts are just as interesting to me as stories are. Where, to normal people, stories are more interesting. So, that’s an example of what I mean. I can be like, ‘F*ck, I love this ring, I love all the visual effects related to it, I love these images and how they’re juxtaposed with one another.’ And then be like, ‘As a director, I could have done better.’ And you sort of realize that all these people prefer this element I didn’t pay as much attention to, but I paid a lot of attention to this.”

I think his comments are very interesting. The foremost thing I want to point out is that it's good that he realizes the mistakes he made, because I think it will be that much harder for him to repeat them. No one can give him more sh*t for his mistakes than himself, and his statements make it sound as if he's not in a rush to repeat them. I respect him for being able to publicly say this about a movie he put so much care and thought into. Of course, if Chappie is really bad, then these comments lose some of their validity. As to how it actually connects to Elysium, I thought the premise was great. The mythology behind what he had created was great, but not only did the actual story and plot remind me too much of District 9 but the execution on some parts was really weak, especially the action, as it used shaky-cam. If any of you have read me long enough, you know how much I detest shaky-cam. I hope he sees that he made mistakes with Elysium and he will now try to go the extra mile to make sure he doesn't make them again. 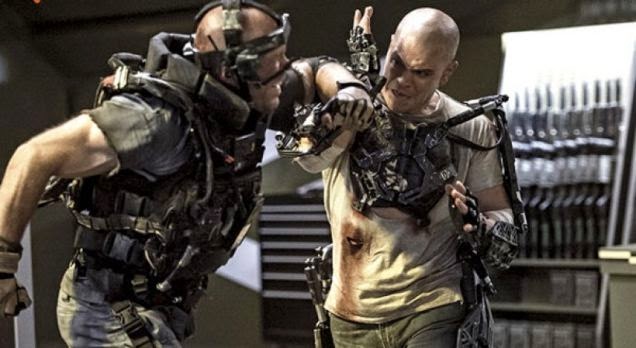 What do you think? Did you like Elysium? What do you think of his statements? Are you looking forward to Chappie and his Alien film? Leave your thoughts in the comments section below.