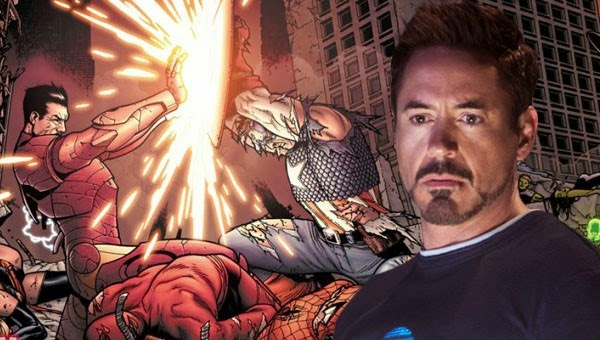 One of the biggest news reveals of last year was that Robert Downey Jr. was joining Captain America 3 for a film adaptation of the fan-favorite Marvel Civil War comic book, which would pit Cap and Iron Man against each other. While the film is a little over a year away, very little is known about it. Marvel right now is focusing on promoting their two films of this year: Avengers: Age of Ultron and Ant-Man. Ultron will see Downey Jr. and Chris Evans on screen again, hopefully planting seeds for their falling out in Civil War.

In a recent interview with Empire, Downey Jr. talked a little bit about what to expect of him in Captain America: Civil War. He said:

“Ultimately it’s Steve’s story; it doesn’t say ‘Iron Man 4: Civil War’. I think that’s great too. I think Chris [Evans] has been hungry to bring even more of an underside and some shadow to that. I remember the comics – on the surface you got the sense that Cap was baseball and apple pie, but underneath there was all this churning stuff of being a man out of time. Now we know he’s made his peace with that. What’s the bigger issue? It can have a little something to do with the past, but it can be about someone becoming more modernized in their own conflict.”

I'm glad that it is being recognized that while this is a film adaptation of Civil War, it is still the third entry in the Captain America franchise. I am so on board for Downey Jr. being in the film, but I was a little bit worried that he would kind of hijack the film and ostracize Cap's role in his own movie. But it seems that Marvel understands that this is a Captain America movie that happens to have Iron Man in it, which is the opposite of what DC is doing with their Batman v. Superman: Dawn of Justice, where it is a joint film between the two heroes. I am glad that Marvel is going the way they are with this, and I think it takes a lot of restraint to keep this Cap's story, instead of just making it an unofficial "Iron Man 4", as he is the face of Marvel's enterprise. 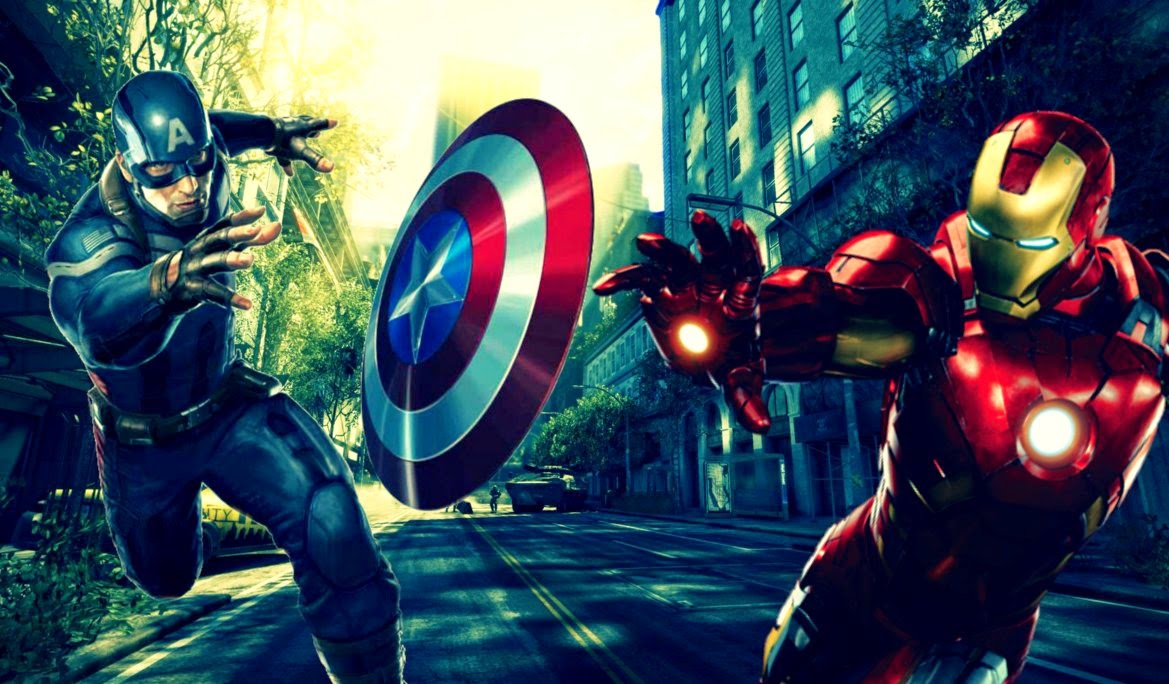 Downey Jr. also went on to talk about how the upcoming Avengers: Age of Ultron will set up the relationship between Cap and Tony, ultimately leading to their feud in Civil War. He said:

“Yeah. Again, it’s natural to change your views. The main thing to me is, and this is where I think the Russos are quite brilliant and where Kevin backed the play, is what sort of incident could occur and what sort of framework could we find Tony in? The clues are in Ultron about where we might find him next. But what would it take for Tony to completely turn around everything he’s stood for, quote-unquote, because he was the right-wing guy who could still do his own thing. When the first Iron Man came out the liberals and conservatives were both like, ‘You’re our guy’. Yes! Score! But the idea of Tony being able to march into Washington and say, ‘I’ll sign up’, wouldn’t have made sense if the political climate in the real world hadn’t shifted the way it has. It’s a little bit of things following a real world continuum in, ‘What would you do?’ There’s always the bigger overarching question, that Joss brings up all the time – it’s kind of weird that these guys would have all these throw downs all over planet Earth and it looked like a little collateral damage happened over there, and yet when the movie’s over, it’s like nobody minds. You have to figure, ‘Were you to ask the question, what would the American government do if this were real? Wouldn’t it be interesting to see Tony doing something you wouldn’t imagine?’

In the first The Avengers movie in 2012, we saw a friction between Tony Stark, the genius billionaire playboy philanthropist, and Captain America, the boy scout man-out-of-time. Ultron has a chance to make that friction flourish even more so that Civil War become even more believable. We've seen them butt heads, but we've also seen them come together in a time of need. I think Ultron is really going to work to make us believe that these two superheroes can come to the point where they would actually go to war against each other.

Downey Jr. then went on to talk a little bit about Tony's involvement in the creation of Ultron, saying:

“Tony’s Ultron defense system is supposed to let everybody retire and for a guy who’s still got a lot of piss and vinegar – in Iron Man 3, when we left him he was basically saying, ‘You know what, I don’t even need the suit. I’m just a badass.’ Then what I feel happened is he went back east and he does the responsible thing for all these other people and puts a roof over their head and has an idea.”

We've heard before that Ultron was originally created by Tony as a policing system which goes rogue, but I think he's right that it ties into Iron Man 3 well. I was always confused as to how they would get Tony back into the suit, as Iron Man 3 ended with him basically being done with Iron Man. It makes sense that something like this, a creation of his killing people, would force him to get back into the game.

He also went on to talk a little bit about how the Vision will fit into the film, saying:

“But when – and I won’t give much of anything away – Vision gets to express and enter and find his place in earnest respect on the playing field, it was like an exceptionally well-executed, poetic, badass, “Aha!” moment for all of us. Joss was very particular about that in a different way than he was with Jimmy [Spader]. I think people are going to get a kick out of the creative decisions about how Vision fits in.”

I think the reason why we haven't seen anything of the Vision in the trailers so far is because I think he's not in it much. I think the Vision will be in the movie for the last ten minutes or so in the final battle against Ultron. And if that is the case, then I'm glad they're not really showing him in the trailers. I hate it when trailers for movies focus so heavily on something and build it up and then it ends up being only a minuscule part of the film. 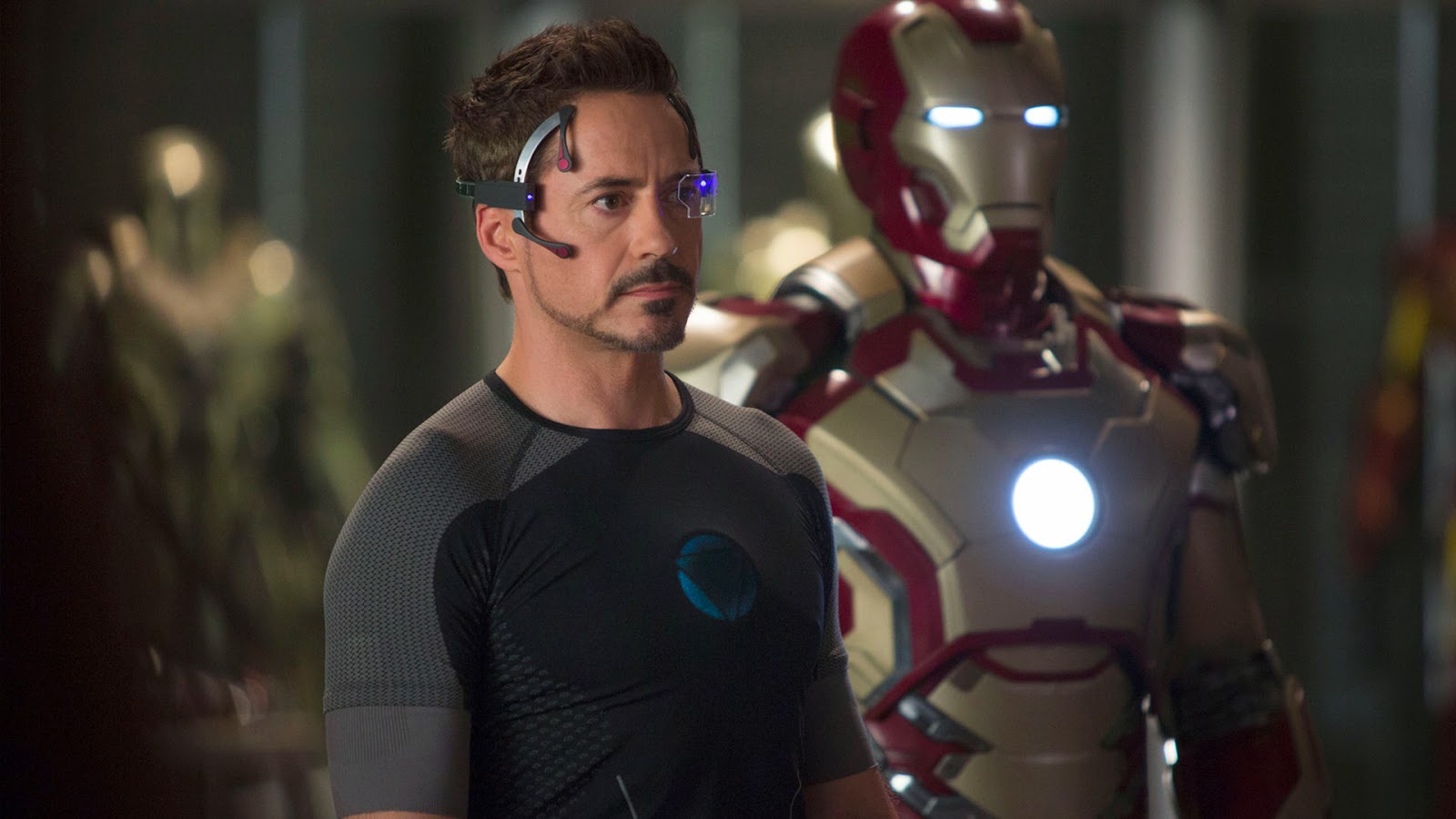 Lastly, Downey Jr. also briefly touched up on how much longer he will keep playing the character for. He said:

“At this point it ceases about being about announcements of contracts and deal points and Forbes and all that. And to see Chadwick being announced for Black Panther, I go, ‘Wow, man, Marvel is making all the right moves and they’re not doing it because it’s PC, they’re doing it because it’s exciting’. So why would I be the one to go, ‘I’m not going on the road. I don’t get along with the keyboardist’. Who cares? Who cares? And look, I also recognize that I’ll be turning 50 by the time I promote this movie. The clock is ticking down on the amount of memories and participation that I would allow myself and not embarrass the medium with. And when they pitched it to me and when I had a couple of ideas and when they said we like those ideas, let’s do those. Then there’s all this competition too. I don’t do this because I look at it as a competition, but I look at the marketplace and go, ‘Maybe if these two franchises teamed up and I can take even a lesser position in support, with people I like and directors I respect, maybe we can keep things bumping along here a little longer than they might have’.”

I really don't think we will get an Iron Man 4. Downey Jr. is getting to the point where he is getting tired of leading these films. I think the failure (financially and critically) of The Judge proved to him that he needs Marvel as much as Marvel needs him. I think he's going to do some smaller roles in Marvel films, like in Captain America: Civil War, where he is still apart of it but isn't front and center. I would be surprised though if we see him past Avengers: Infinity War.

What do you think? Did you like Robert Downey Jr.'s comments? Are you looking forward to Avengers: Age of Ultron and Captain America: Civil War? How much longer will he keep playing Iron Man? Leave your thoughts in the comments section below.