Samuel L. Jackson Explains Why He Thinks Marvel is Better than DC 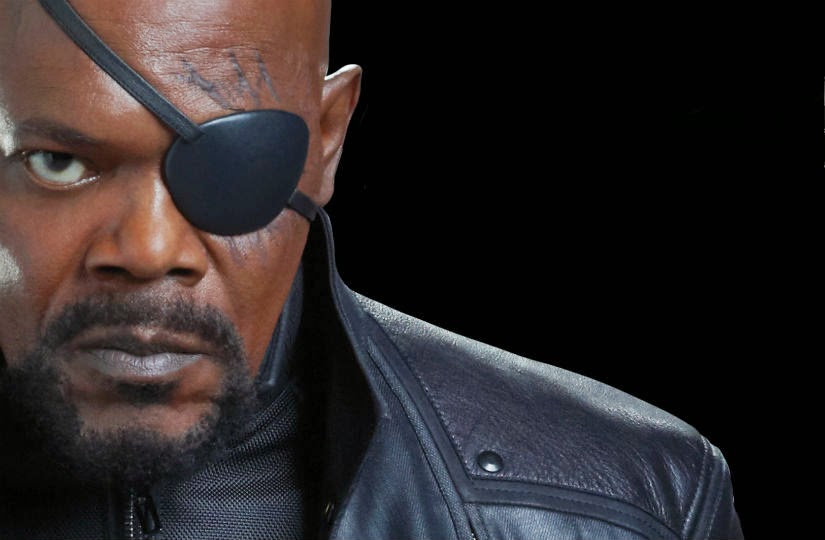 Which is better? DC or Marvel? It's a debate that has gone on for decades between fan boys and girls. Now, the argument has become even more heightened as Marvel has stormed the comic book movie genre by force and changed it forever, while DC has put out a game-changing trilogy in The Dark Knight Trilogy and is trying to start their own cinematic universe. No one can deny that Marvel is in the lead currently, but as to which is better (films or source material), it really is hard to say. Actor Samuel L. Jackson recently weighed in, and considering he plays Nick Fury in the Marvel Cinematic Universe, you can pretty much bet that he wasn't rooting for Batman.

“The Marvel Universe is huge. There’s thousands of characters that they can access and use and do stuff with. I’m not surprised by that. It’s been that way since we started reading comic books. Most of us that understand the comic book world know you can crossbreed and do all kinds of stuff. … I think marvel has figured out a way to make those movies accessible to the public that DC hasn’t. I don’t know what that is. I don’t why you can’t get Batman and Superman together and have people as juiced up to be a part of that.”

Like I mentioned above, there wasn't much doubt that he was going to support Marvel. Now, I don't think these are comments that he was just saying. I think he earnestly believes this, and that's what makes it important to write about. He makes a good point: Marvel has a system that is proven to work. He talks about "crossbreeding", which I would assume means crossovers, like having the Avengers team up and different characters show up in different movies. Marvel has figured out the best way to do it, and the $1.5 billion dollars The Avengers made proves that it works. But I think it's unfair to say that DC can't do that, because they haven't tried yet. DC has had some failures (Green Lantern, anyone?) but I still believe that The Dark Knight is the best comic book movie to date. That trilogy was meant to be stand-alone. DC has Batman v. Superman: Dawn of Justice coming up next year, where they will cross different superheroes. I think Jackson's claims can't be verified until that film comes out. If the movie is a mess because DC couldn't figure out how to cross the heroes correctly, then his comments have some validity. The point is, Marvel has been in the game longer than DC and therefore has a head start. That doesn't mean DC is bad in anyway, it just means it has a bit of a mountain to climb.

What do you think? Do you like Samuel L. Jackson's comments? Do you like Marvel or DC more? Leave your thoughts in the comments section below.