It seems like connected cinematic universes are all the rage now. Marvel set the precedent with having stand-alone films that then joined characters in 2012's The Avengers. Pretty soon after, everyone wanted to do it too. Universal announced their plans to make a monster cinematic universe, which began with last year's Dracula Untold. Sony even initially had plans to have one, despite only having one character at their disposal. But the most obvious crossover would have to be Fox's X-Men property and their upcoming reboot of The Fantastic Four. For awhile it's seemed pretty clear that an eventual crossover was in the works, but nothing has been confirmed.

In a recent interview, X-Men: Days of Future Past and The Fantastic Four writer Simon Kinberg talked a little bit about the possibility of a crossover, saying:

“The reboot of ‘FanFour’ really needed to work in and of itself. We were doing something pretty radical with the tone of the movie. If we wanted to find a way to connect them to the X-Men, we could. There’s a lot of precedent from the comics.”

The tone we got in the trailer definitely reminded me of the bleak, darker tone that the X-Men films have been known for. I think this plan of action makes a lot of sense. They're setting it up that if they want to, they can cross the two properties over but they're not holding themselves to it. I think we eventually will see them combine, but I don't think it will happen for a little while longer. 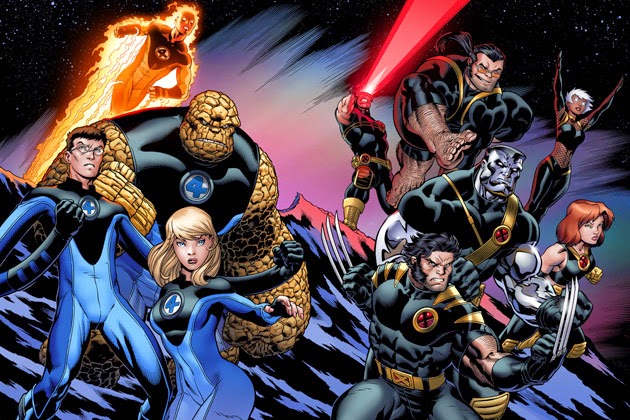 What do you think? Would you like to see an X-Men/Fantastic Four crossover someday? Leave your thoughts in the comments section below.