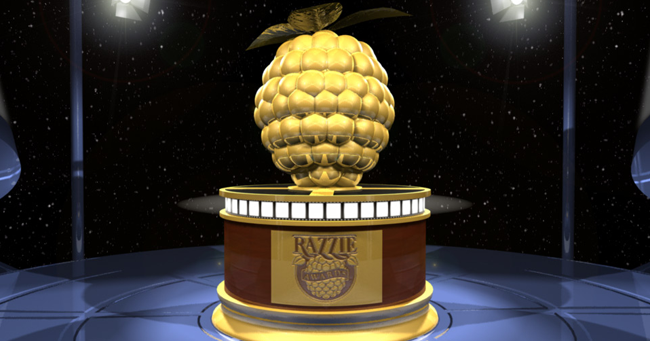 Every year, the night before the Academy Awards celebrates the stinkbombs of the year. Yes, the Razzies give out awards to the movies that were just God-awful pieces of trash and that we'd all like to forget. You can read our initial report of the nominees here, but we've got the list of "winners" right here. So let's take a look at the official worst films of the year.

For some of these, like Kirk Cameron's Saving Christmas, I can't speak about because I didn't see them (and I'm sure as hell glad I didn't!), but these look pretty good. I said this before, but I think movies like Sabotage and The Amazing Spider-Man 2 were lacking in Razzie nominations, but I can live with it.

What do you think? Do you like the winners? How bad were these films? Were there any "snubs"? Leave your thoughts in the comments section below.