It's strange to think that Avengers: Age of Ultron comes out in less than two months. For the longest time it has been a far away concept and now it is almost here. The film has already released two trailers. The first one was incredible and my favorite trailer of 2014 (you can read about that here) and while the second was good, it didn't really add anything new for my excitement. While I'm already sold on the movie and nothing short of an apocalypse will stop me from seeing this film, I wanted one more really good trailer that introduced some new dynamics and finally gave us a look at the Vision. And thankfully, this trailer did that.

We see a lot more of Ultron in this trailer, which is what made the first trailer so awesome. Marvel has really lacked in making interesting and compelling villains, but I think Ultron will change that. From what we've seen and heard, he's not a one-note character but he has a lot of dimension and depth. James Spader is a fantastic actor and I love him as the voice of this character. We see a little more of Aaron Taylor-Johnson and Elizabeth Olsen as Quicksilver and Scarlet Witch. While we haven't seen enough for me to make a conclusive thought on if I like them or not, I am being open minded. I was completely against Evan Peters' Quicksilver going into X-Men: Days of Future Past, but afterwards he was one of my favorite parts of the film.

While I love all of the Avengers individually, these trailers prove to me that they are at their strongest when they are together. We get the most out of them, comedically and dramatically, when they have each other to play off of. Not only will this movie be of epic proportions, but it looks like it will have a long lasting effect on the Marvel Cinematic Universe. It seems like there will be threads that will lead into Captain America: Civil War with the frayed relationship between Tony and Cap. And of course, at the end of the trailer, we get a close up of the Vision's eyes. While I really want to just see a clear shot of him, I'm okay with the tease. I think the reason why he has been so absent from the marketing is because he doesn't have a large part in the film. I would rather they barely show him if he has a small part than flout him all over it, like what happened with the Rhino in The Amazing Spider-Man 2.

This trailer was better than the second, but not as good as the first. It showed us some new stuff that makes me even more excited for this film. I am so excited. 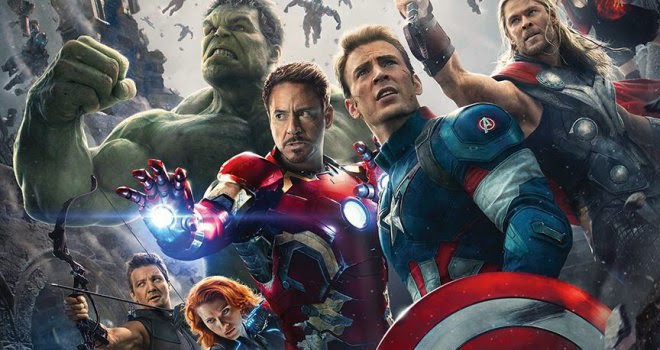