With the release of Avengers: Age of Ultron quickly coming up, it's easy to forget that Captain America: Civil War is just over a year away. The film will be an adaptation of the beloved comic, which will see former allies Iron Man (Robert Downey Jr.) and Captain America (Chris Evans) go head-to-head in a... well, Marvel civil war. The movie will officially begin filming in a couple weeks, where we will most likely learn some more information as to what is going on in the film. But as of right now, the biggest question has been what the cause for the civil war will be. In the comics, the government tried to pass the superhuman registration act, which forced those with superhuman abilities to reveal their identies to the public, similar to what has been a prevelent plot line in the early X-Men films. The problem with this is that no one in the Marvel Cinematic Universe has a secret identity. Everyone knows Tony Stark is Iron Man. Everyone knows Steve Rogers is Captain America. So there's no real point to that being the reason for the rift. The question has been what the new reason will be, and now we know.

Marvel released the synopsis for the film, which reads:

Following the events of Age of Ultron, the collective governments of the world pass an act designed to regulate all superhuman activity. This polarizes opinion amongst the Avengers, causing two factions to side with Iron Man or Captain America, which causes an epic battle between former allies.

While it's not overly specific, it does give us a sense. I've always thought that the film would focus around the government wanting superhumans to be controlled by the government as opposed to free agents, which seems similar to what they are doing. They are forcing superpowers individuals to register with the government and be under their control. What make this even more interesting is that it is the collective governments around the world, as opposed to just the U.S. government. This will be a worldwide battle, which makes an easy transition for Black Panther to be in the film, which has already been confirmed. 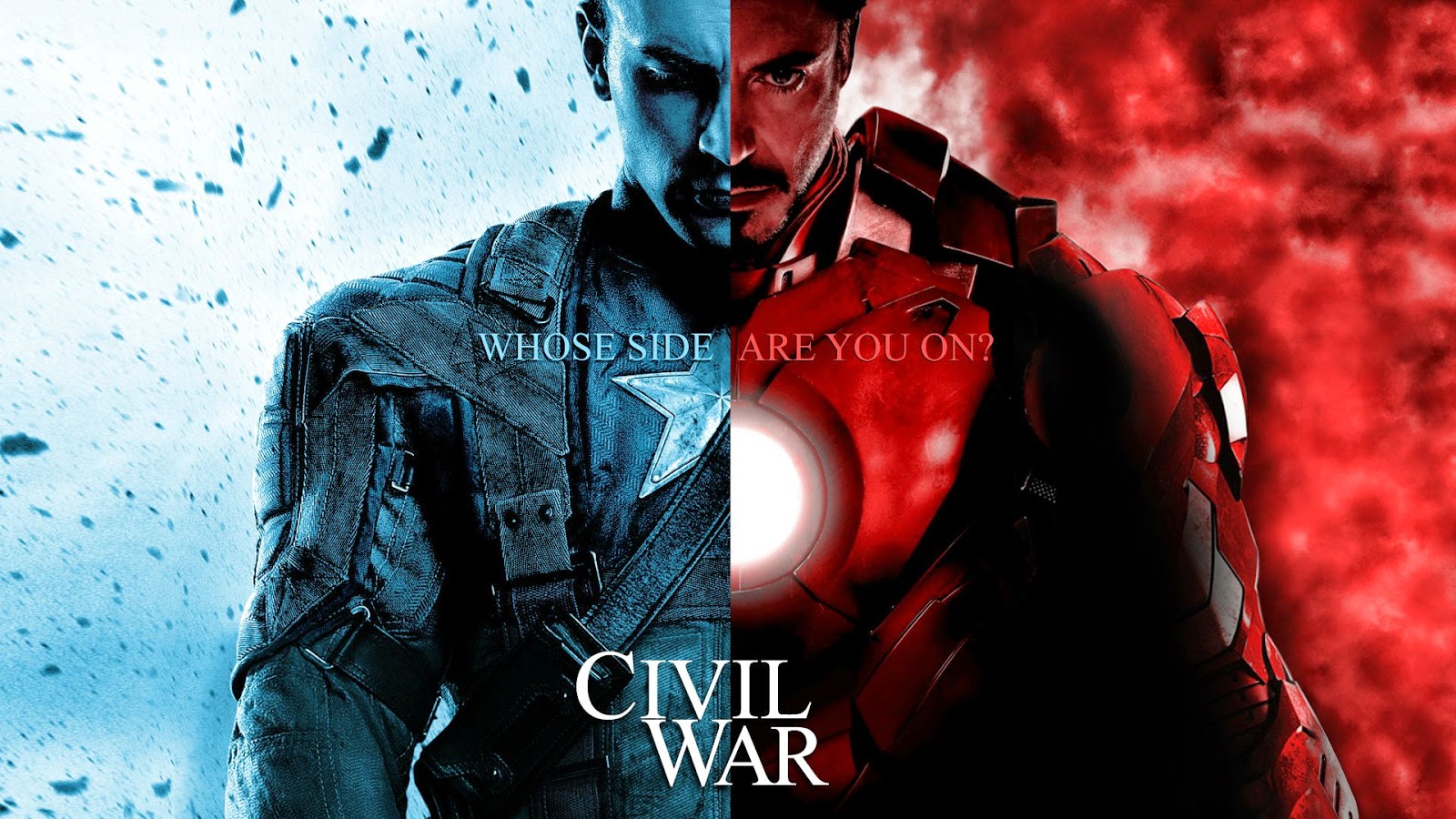 Another interesting thing is that it "says after the events of Avengers: Age of Ultron." We have seen from the trailers that there will be a lot of destruction not just from the Avengers fighting to protect people, but from Ultron, which is a failed experiment by Iron Man. The world may see the whole Ultron situation as the Avengers' fault, and may see these superhumans as being unchecked, now that S.H.I.E.L.D. no longer exists. This could the be reason for the act being passed.

Now the big question is who will be on what side? In the comics, Iron Man sides with the government while Captain America sees it as them overstepping their boundaries. These could very well be the same sides in the film. We have already seen Cap grow frustrated with the government's preemptive attacks in Captain America: The Winter Soldier. However, Tony is too much of a lone wolf to side with the government in my opinion. Maybe the way Age of Ultron plays out will reveal how these characters will side in Civil War, but right now, all we can do is speculate.

What do you think? Do you like the synopsis? Are you looking forward to Captain America: Civil War? What sides will Iron Man and Captain America be on? Leave your thoughts in the comments section below.